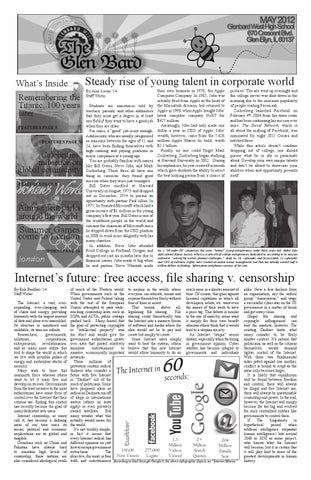 Amusement parks around the world

Students are sometimes told by teachers, parents, and other authorities that they must get a degree in at least one field if they want to have a good job when they are older. For some, a “good” job is not enough. Adolescents, who are usually categorized as someone between the ages of 11 and 24, have been finding themselves with high ranking and paying positions in major companies at a young age. You are probably familiar with names like Bill Gates, Steve Jobs, and Mark Zuckerberg. These three all have one thing in common: they found great success when they were just teenagers. Bill Gates enrolled at Harvard University in August, 1973 and dropped out in December, 1974 to pursue an opportunity with partner Paul Allen. In 1975, he founded Microsoft which had a gross income of $1 million in the young company’s first year. Bill Gates is one of the wealthiest people in the world and remains the chairman of Microsoft since he stepped down from the CEO position in 2008 to work more diligently with his many charities. In addition, Steve Jobs attended Reed College in Portland, Oregon and dropped out just six months later due to financial issues. Jobs made it big when he and partner, Steve Wozniak made

their own business in 1976, the Apple Computer Company. In 1985, Jobs was actually fired from Apple as the head of the Macintosh division, but returned to Apple in 1996 when Apple bought Jobs’ latest computer company NeXT for $427 million. Amazingly, Jobs had only made one dollar a year as CEO of Apple. Jobs’ wealth, however, came from the 5.426 million Apple Shares he held, worth $2.1 billion. Finally, no one could forget Mark Zuckerberg. Zuckerberg began studying at Harvard University in 2002. During his sophomore, he year created Facemash which gave students the ability to select the best looking person from a choice of

pictures. The site went up overnight and the college server was shut down in the morning due to the immense popularity of people visiting Facemash. Zuckerberg launched Facebook on February 4th, 2004 from his dorm room and has been continuing his success ever since. The Social Network, which is all about the making of Facebook, was nominated for eight 2011 Oscars and notched three. While this article doesn’t condone dropping out of college, one should pursue what he or she is passionate about. Develop your own unique talents and don’t be afraid to showcase your abilities when and opportunity presents itself.

Inc.’s “30 under 30” categorizes this years “hottest” young entrepreneurs under thirty years-old. Ankur Jain (left) started Kairos Society, which is a network of college entrepreneurs dedicated to, according to its mission statement, “solving the world’s greatest challenges.” Andy Su, 20, cofounder, and Jessica Mah, 21, cofounder and CEO of inDinero (right), have created an online money-management tool that has already earned half a million dollars in funding. Information and photos courtesy of Inc.com.

Internet’s future: free access, file sharing v. censorship By Erik Barillari ’14 Staff Writer The Internet: a vast, everexpanding, ever-changing web of chaos and energy, providing humanity with the largest amount of data and ideas ever assembled. Its structure is unordered and moldable; its uses are infinite. Researchers, governments, militaries, corporations, entrepreneurs, revolutionaries, and so many more utilize this tool to shape the world in which we live with invisible pulses of energy and motionless stacks of memory. Many wish to tame this mammoth force whereas others want to let it roam free and develop on its own. Governments from the least invasive to the most authoritarian have some form of control over the Internet that their citizens use. Ending this control has recently become the goal of many dedicated web users. Internet censorship, as many call it, has become a defining issue of our time since its social, political and economic implications are so global and tangible. Countries such as China and Pakistan have always tried to maintain high levels of censorship; these nations are also considered ideological rivals

of much of the Western world. to anyone in the world, where much more in a shorter amount of When governments such as the everyone can educate, amuse and time. Of course, this goes against United States and Poland (along express themselves freely without licensed capitalism in which all with the rest of the European fear of fines or arrest. developers, artists, etc. want even Union) attempted to pass wideThis means, above all, the names of their work to have reaching censorship laws, such as legalizing file sharing. File a price tag. This debate is similar SOPA and ACTA, public outrage sharing could theoretically turn to the one of anarchy; some want pushed back. Many feared that the Internet into a massive forum it simply for their own benefit the goal of protecting copyrights of software and media where the whereas others think that it would or “intellectual property” was idea would not be to pay and lead to a utopian society. too strict and would give the create but simply to create. An Internet “utopia” seems government authoritarian power Some Internet users simply distant, especially when factoring over sites that posted relatively want to beat the system, others in government opinion. Cyber harmless entertainment to believe that this new Internet warfare has become integral to massive, economically important would allow humanity to do so governments and individuals networks. These millions of protestors contain radical thinkers who consider a future with free Internet or “Darknet” out of the reach of politicians. Some have proposed ideas as radical as Darknets run off of ships in international waters (where no laws apply) or even privately owned satellites. But many wonder what this actually would mean for the world. It’s not terribly simple, in fact it seems that every Internet radical has different opinions on just how to escape government restrictions. The objective, for most, is free truth and entertainment According to Intel through Google+, the above infographic depicts an “Internet Minute.”

alike. Now a few hackers from an organization, say the radical group “Anonymous,” and wage a successful cyber-war on the US government in a matter of hours and get away clean. Illegal file sharing and copyright infringement can hurt the markets, however. The existing Darknet hosts what many consider to be fairly sinister content. It’s natural that politicians, as well as the citizens themselves, would demand tighter control of the Internet. With these two fundamental sides pitted against one another, conflict is bound to erupt as the issue only becomes larger. It is likely that equilibrium will be found between freedom and control; there will always be illegal and free Internet use, there will always be questionable censorship and power. In the end, however, the Internet will simply become far too big and evolved for such centralized entities like governments to control them. If The Singularity (a hypothetical period when artificial intelligence surpasses human intelligence) hits around 2040 or 2050 as some project, who knows what the Internet will become, but it is certain that it will play host to some of the greatest developments in human history.