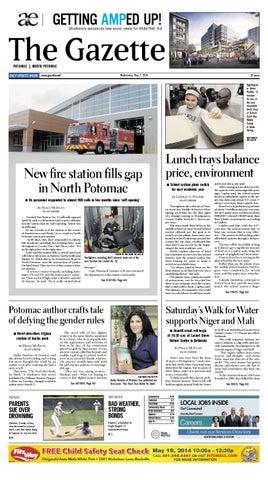 Throughout the cafeteria at Francis Scott Key Middle School in Silver Spring on Friday lay the ﬁrst signs of a change coming to Montgomery County Public Schools — brown paper trays. The trays made their debut at the middle school on April 28 and school system officials say the goal is to switch out the plastic foam trays now found in school cafeterias around the county for the thin, cardboard-like trays that it can recycle by the beginning of the next academic year. Marla Caplon, director of food and nutrition services for the school system, said the school system has been looking for years to make a switch to recyclable trays. “It’s always kind of been on the front burner to do that but cost was a prohibiting factor,” she said. The plastic trays, which are made of polystyrene, can be recycled but there is no company near the county that could collect them, Caplon said. The distance of companies who could have recycled them would have made

Travilah Fire Station No. 32 ofﬁcially opened April 30 with a celebration with county ofﬁcials, but the station had its “soft opening” about two months ago. So far, it looks as if the station at the corner of Darnestown and Shady Grove roads in North Potomac was much needed. “In 60 days, they have responded to almost 900 incidents, including ﬁve working ﬁres,” said Montgomery County Fire Chief Steve Lohr. “It’s in the right place at the right time.” Lohr said the station ﬁlls a critical need and will relieve the stress on Station 3 in Rockville and Station 31, which also is on Darnestown Road in North Potomac, near the intersection of Quince Orchard Road. They are two of the county’s busiest stations. “It serves a variety of needs, including Interstates 270 and 370 and the Intercounty Connector. There is a lot of high-value real estate and a lot of citizens,” he said. “We’re really excited about

Fireﬁghters, including Matt Leonard, work out of the new Travilah ﬁre station No. 32.

having it.” Capt. Thomas R. Gartner, a 28-year veteran of the department, is the station commander.

Nadia Hashimi of Potomac said she always loved reading and writing but never thought she could be an author, even after realizing she had a story to tell. That story, “The Pearl that Broke Its Shell,” is Hashimi’s first novel, published by William Morrow/Harper Collins on Tuesday, though available online since March 5.

The novel tells of two Afghan women in the same family, separated by a century, who as young girls take on the appearance and activities of boys to be free of the constraints placed on girls by their society. It’s an ancient custom called bacha posh and enables a girl to go to school, work or serve as an escort for female relatives. The practice usually lasts only until the girl reaches puberty or marriageable age. “They are two strong women,” Hashimi said. “What I’m hoping to convey is that Afghan women need an

Water may have been the bane of many a Montgomery County resident last week when torrential rains drenched the region, but in parts of West Africa, water is a precious and scarce commodity. To help remedy that chronic problem, Amman Imman: Water is Life will hold its eighth annual Walk for Water

Nadia Hashimi of Potomac has published her ﬁrst novel, “The Pearl That Broke Its Shell.”

Attorney: Family of boy who drowned in a pond don’t want the same thing to happen to anyone else

at 10:30 a.m. Saturday at Locust Grove Nature Center, 7777 Democracy Blvd., Bethesda. The walk supports Amman Imman’s mission to dig wells and provide sustainable development in the Azawak region of Niger and Mali. “This region suffers from water scarcity and drought,” said Debra Kahn, associate director of the nonproﬁt. “The rainy season has gotten shorter and shorter over the last 15 years and sometimes only lasts one month.” So far, Amman Imman, which was founded in 2006, has drilled ﬁve deep

Check out our Services Directory

prices too steep, she said. After coming across other recyclable options with unmanageable price tags, Caplon said, the school system found an affordable option in the paper tray that costs about 4.27 cents — about 1 cent more than a plastic tray. Based on a hypothetical purchase of about 14 million trays for one year, the new paper trays would cost about $598,000 — about $140,000 more than their plastic counterparts, according to Caplon. Caplon said that, with the 4.27cent tray, the school system has “at least one avenue that is cost effective.” The system is still seeking other affordable options through a bid process. The tray will be recyclable as long as it doesn’t get a signiﬁcant amount of food on it, Caplon said, citing the example of spaghetti and meat sauce. Francis Scott Key is serving as the pilot school for the new trays. Rather than use the plastic trays, the middle school students had forgone trays completely for several years until the paper trays’ introduction. Yolanda Stanislaus, principal at Francis Scott Key, said the new trays match the school system’s larger

ADVERTISING INSIDE B SECTION 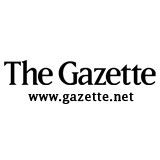