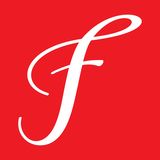 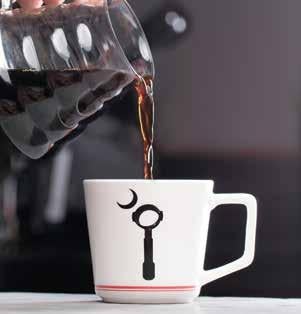 HAS TRACKING CUSTOMERS LEFT YO...

Meet My Other Mother, the tidying, organizing, downsizing mom of your dreams

Kinsley Turnipseed loves making things look pretty. She used to visit friends and find herself rearranging their shelves or pantries. “It was therapeutic for me … sometimes I would walk in a friend’s house and just start organizing.” Eventually, a friend suggested she become a professional organizer, which planted a seed that eventually became her current business, My Other Mother. Turnipseed now has five employees and books multiple clients a week, primarily senior citizens or families of seniors who are downsizing or moving into assisted living homes.

When she started taking on projects, Turnipseed did a lot for free to build her reputation. She quickly began getting referral after referral, so she took the leap of faith and started My Other Mother right before COVID-19 hit. Rather than let the pandemic set her back, Turnipseed seized the opportunity to build an online presence. She posted articles with tips for getting organized while stuck at home. As the pandemic restrictions lifted, she was inundated with requests for help. “Everything has been building and building since September,” Turnipseed says.

My Other Mother does much more than just tidy up spaces. Turnipseed is a certified Senior Move Manager by the National Association of Senior and Specialty Move Managers. Her certificate required classes on topics such as working with clients who have health issues and handling moving contracts. “What we do is a lot different from what movers and packers do,” Turnipseed says. She manages all the minute details of a major move, supporting families from the planning stage, to deep cleaning, to getting the house on the market. She has even helped clients arrange for the care of their pets.

Turnipseed always had a heart for senior citizens. After working in education for many years, she went back to school and earned a master’s degree in speech-language pathology, with emphasis on traumatic brain injury, and got a certificate in dementia. She found a job helping with activities at a community care home for seniors and ultimately became an administrator. Eventually she realized it wasn’t the right fit for her, but her experience showed her how stressful it can be to transition from independent to assisted living.

Turnipseed’s clients often have trouble letting go of things. She understands that for her older clients, life is changing quickly. She says in many cases, “They have been pretty independent … now someone has taken their driver’s license, someone has told them it’s not safe to age in place, now someone is telling them they have to get rid of their stuff.” She wants her clients to know she cares and wants to hear their stories. Building client rapport is instrumental to her success with each project.

Ed Braga hired Turnipseed’s team after his mother passed away. “They were lifesavers,” says Braga. “They comforted me throughout the process. It was that soft part of the job and [Turnipseed’s] personal appreciation for what we’ve been through.” Turnipseed sees a visible change in her clients as the decluttering unfolds. “That’s the piece where people just feel so unburdened. To start with, they can be very hesitant, but towards the end they say, ‘Okay, this is a new adventure.’ Everything just rolls off their shoulders.” Clients often remain in touch with Turnipseed long after the jobs are over. Some come to watch her son play football and others invite her to family baptisms.

Along with the large senior move jobs, Turnipseed still takes small organizing jobs. “I think it’s neat to come up with systems [for organizing],” she says. She studied the popular KonMari Method, a tidying method created by Marie Kondo, and the writings of Joshua Becker, who spearheaded a minimalism and intentional living movement. She combines elements from such organizational strategies to create the most constructive experience for her clients. Her primary goal is keeping things positive, noting it’s more important to focus on what you keep than what you give away.

Turnipseed looks forward to growing her company. As much as she enjoys working directly with her clients, she hopes to let her employees take on more of the day-to-day organizing so she can focus on the business side of My Other Mother. One day, she hopes to open a My Other Mother thrift store where she can bring donations from clients’ homes and allow shoppers to choose what charities will receive the profits. “When you shop there, you’ll tell me where you want your money to go.” She hopes to staff the store with women who “need second and third chances in life.”

Most people don’t know services like My Other Mother exist, but Turnipseed hopes to change that. She wants families of seniors to know they don’t have to go through the transitional stages of life alone. Braga says that without Turnipseed’s team, “I don’t know where I would have gotten the resources. She made it easier on me and the entire family.” Through My Other Mother, Turnipseed helps clients relieve their anxiety in throwing out the old by focusing on embracing the new.

This story is from:
The F-Suite Spring 2022
by The F-Suite