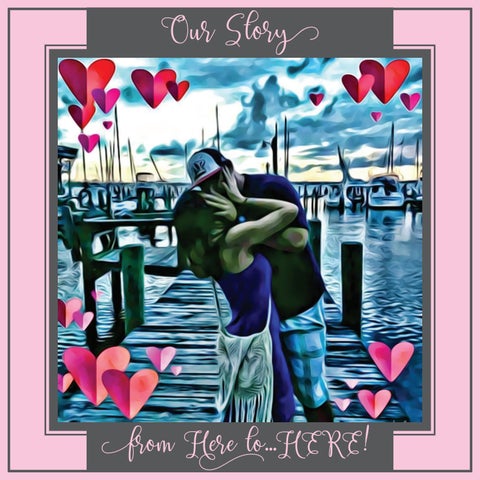 Angelina “Do the things Isabella you did in the Dayne beginning and there Ivy will never be an end.”

again, but I want a teammate

LoveI believe in love, and Us! I'm willing to get married

This book is dedicated to my one and only;

Thank you for your constant love, support and for making me a better man. I never thought I could feel this way and my heart overflows with immense love for you. I am so blessed to be writing a story, our love story that brought us to this point. Today we become official teammates by becoming man and wife. I canâ&#x20AC;&#x2122;t wait to keep writing our story together! Love your husband, "The luckiest man alive"

how the story all began...

nce upon a time, in a quaint beachside town in southern Florida, there lived a baseball coach and a smoothie shop owner.Â Both lead their own lives, with their own families, only knowing of each other through mutual friends, occasionally bumping into each other at their children's sporting events. As love's fate would have it, however, neither one could have foreseen what would become of them from a series of casual bump-ins over time.

As each of their lives evolved, Chris would find himself interested in the beautiful Jaime.Â Although she grew aware of his interest in her, she told herself that he was the one who would have to pursue. It was this confidence that made her even more attractive to him.Â  Living in a small town, it was inevitable that they would continue to cross paths. Then one Sunday, late August 2016, what would start out as just another run-in would be the catalyst to change life as they both knew it.

Chris and his daughters regularly attended Saint Mary's Episcopal Church in downtown Stuart so it was a surprise to him when he noticed something different on this particular Sunday morning. He saw that Jaime was attending the same service with her friend. He felt an immediate surge of excitement that she was there!  As the service ended and he approached her, he commented on his surprise that she was there, stating that he didn't realize she went to the same church.

You went from here

Clarifying that she'd just been attending a different service than he had been, Chris' larger than life personality came out in full force as he enthusiastically responded, "Girl, you went from here...to HERE!" motioning with his hands that she had just moved up from the first floor to the penthouse as far as his being very impressed with her! It was then that Jaime, still keeping her mystery about her and letting him be the pursuer, thought to herself, “I didn't know I was even anywhere...”

“You two belong together, don't you!"

They always say that God has a plan for us larger and greater than we could ever imagine and that His plan for us is one of goodness and love. For Chris and Jaime, it was in God's house that He would bring them together.  There was very clear interest on both sides now, which led to further getting to know each other, the usual flirting, and the exchanging of numbers.  Following the initial church run-in, a week later, she attended the same morning service again.

They shared their first glass of wine together following a Life Group discussion and, little did either know, they were on the verge of creating their own group in life. It was just then that an older woman of the church looked over at them and, as if to speak for God, Himself, said, "You two belong together, don't you."   Winking at each other, jokingly, they responded to her, "Why, yes, we are together!" setting the direction of the path that led directly toward just that.

Eager to continue on this path, Jaime texted Chris afterward and asked him to join her and her friend for another glass of wine that night. Having his girls, he had to decline, but he was aware that it was her birthday that week, so he jumped at the opportunity to ask her out on what would become their first date, on Tuesday, September 20th, 2016.

Unable to tame his anticipation, Chris roamed the internet searching for the perfect place to take her for a glass of wine in Stuart and settled on Blue Door. Making sure to arrive before she did, he texted her to find out what she liked to drink and made sure to have a glass of chardonnay waiting for her when she showed up.  As she walked in the door, Chris's jaw dropped at how stunning she looked.

Chris wasn't saying this as a ploy or strategy to get the girl he wanted, but because it was truly reflective of his heart. Although both were looking for a teammate, there was no game this time. It was just the perfect meshing of two people. As if to validate what the woman at the church had said, as the night continued Chris unassumingly picked up a nearby guitar and played a song by his favorite artist, Gavin DeGraw, “We Belong Together”. They walked downtown afterward and shared what would be their first kiss. There was something electric that told them both that they were exactly where they were meant to be with exactly the right person.  After the first kiss, they both knew that the lyrics to the song were true. Their second date at Too Bazaar in Jupiter for sushi came quickly and was just as great as the first. Chris couldn't believe it was possible that she looked even more amazing than the first date with a low cut black shirt, leggings, and high heels, thinking to himself, "Wow, this woman right here is the most beautiful thing I’ve ever laid my eyes on."

Only about a few weeks after their first date, she was off with her friend to walk the Camino de Santiago trail in Spain for two whole weeks, but neither time nor distance could keep them apart.

“Neither Time nor Distance...”

She returned and they picked up right where they left off.Â Time flew and the days began to be filled with each other, lunchtime visits and coffee by day, drinking wine under the moon on the porch by night.Â

They were falling madly in love.Â From their first Thanksgiving together being spent with Chris's family to taking a trip together to Aruba, all the puzzle pieces were falling together just as smoothly as they had fallen for each other. Even their children got along and approved of their relationship! On February 1, 2017, they moved in together.

It was Christmas of the following year, their first Christmas spent together in their shared home. Jaime likes colorful, free-spirited trees, with lots of ornaments decorating it, and Chris likes more reserved, all white, southern burlap style trees. It was her style tree that would end up in the living room that year. Chris did not want to put a damper on her

spirit, but he could not help but express to her his feelings that because nothing of her tree resembled what Christmas had always been like for him that it just did not feel like Christmas to him in their home. The next day, he came home from work and she had bought a second tree and put a bow on it so that they could decorate it in his style!

“I'm going to marry this woman one day!"

Now they could have two trees that they love and both feel like it was Christmas! Expecting nothing of it other than to express to her his feelings, Chris was blown away that this woman would think about his feelings and hold them in such high regards.  He felt heard, seen, and understood.  It was one of the sweetest gestures anyone had ever made.  This gesture of truly acting like a teammate made him realize right then and there that, "Man...I'm going to marry this woman one day."

Recalling other pivotal moments, such as her surprising him with front row tickets just a month before to see Gavin DeGraw for his birthday, he realized he had never had anyone really think about him like this before.Â It all boiled down to one thing: Chris realized she's the ONE.Â  He was no longer just a coach; he was now truly a part of a team.

Their journey around the world, and of creating their own world together, was just beginning. Chris immediately began looking for the perfect ring.  They had decided to take a family trip to Cuba that upcoming summer and he thought what better way to propose than with all of the family together.  He did not know exactly when, where, or how it would happen on the trip, but it was on a perfect, rainy day, with their family watching, that Chris got down upon his knee on top of the El Morro Castle in Cuba and asked Jaime to be his forever.  Of course, she said, "Yes!"

Love WHERE LIFE BEGINS AND

As their favorite saying advises, “Do the things you did in the beginning and there will never be an end.” And so it goes, that on January 12, 2019, Chris and Jaime’s love story brings them together officially as teammates at last. On this day they come together in front of God, family, and friends at the church where they were first brought together. Chris gets to marry the most beautiful, loving, and caring woman he has ever met. Foreseeing countless wine nights ahead, their love story has no end in sight. Like the woman in the church said and like his favorite singer sang, they truly do belong together.

Angelina “Do the things Isabella you did in the Dayne beginning and there Ivy will never be an end.”

again, but I want a teammate

LoveI believe in love, and Us! I'm willing to get married 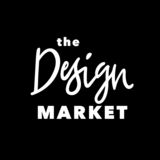 Our Story...from here to HERE! The Vaccaro Wedding Book

A gift from a husband to his wife on their wedding day.

Our Story...from here to HERE! The Vaccaro Wedding Book

A gift from a husband to his wife on their wedding day.