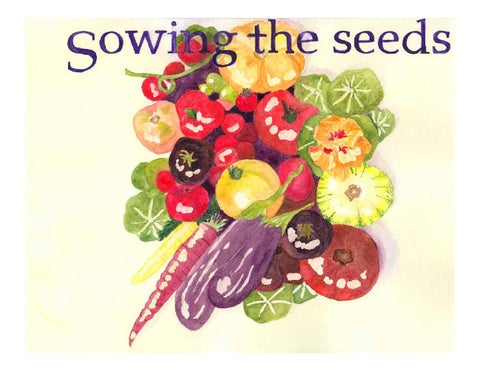 Ode to the Tower By Claire Aronson

Sung to the melody of Beethovenâ&amp;#x20AC;&amp;#x2122;s Ode to Joy Raining, sunshine, snow or hailing, Tower, Tower, standing tall, Winter, springtime, summer, harvest You are better than a mall. From your heights we see below us Prospect Park spread like a quilt Tower, witchy Water Tower We are glad that you were built.!

The neighborhood history book, “Under the Witch’s Hat,” reports that George Luxton initiated a petition drive to acquire the park in 1912. The Minneapolis Park and Recreation Board was invited to a meeting at Pratt School, where Girl Scouts carried a banner with all the petitions pasted together. The board voted to purchase the land from a farmer for $15,134, after hearing a neighborhood girl speak on the topic, “Why Can’t We Have a Safe Place to Play.” In 1909, Luxton built and lived in the house at 138 Arthur Avenue, overlooking the park. In 1912, he built the adjacent house at 142 Arthur Place. Early in his career, Luxton earned fame as a photographer for Twin Cities newspapers, and his work had a broad range: the Hennepin History Museum has a George Luxton Collection of Theatrical Portraits. Later in his career he provided down-to-earth gardening advice as the garden editor of the Minneapolis Tribune from the late 1930’s until his death in 1962. Excerpted from “George Luxton Took Photos, But Left More Than Footprints” by Cheryl Heilman, printed in Southeast Angle in February of 2004.

The Walk-Thru from Glendale to Pratt By Jere Purple

(Circa 1950) The idea for what would become Glendale Public Housing bubbled up and was hotly debated in the Prospect Park Neighborhood. As the dust settled the plans earned approval and funding. Construction was complete in 1952. A unique happening in origin and lay-out, we see Glendale Homes today much as it was dedicated then. Families moved in. Youngsters enrolled at Pratt Elementary School, so close-by “as the crow flies.” Sadly though, there were neither streets nor sidewalks along the best and quickest pathways for walkers. Those routes existed, unofficially of course, through various back yards on Arthur Ave. SE. Problems were inevitable. What to do? A wise and caring Arthur Ave. family came to the rescue. They generously gave a side-walk sized strip of their side yard to be paved and used, to this day, as the “walk-thru.” Our sincere thanks. This is the kind of neighborhood we are happy to have!

Halloween 2013: Dorothy (Ani Backa) and “Toto” meet the Wicked Witch of the West (Anna Claussen) and one of her Flying Monkeys (Mark Apfelbacher).

Neighbors serve up “trick-or-treats” with a side of ham.

ake a walk around Prospect Park on a dark and blustery October night, and you will see how the fanciful outlines of its Victorianera houses, framed by the clacking bones of wind-whipped trees, create the perfect setting for Halloween. Since moving into our 1890s-vintage house at 39 Seymour in 1997, my wife Susan and I have enjoyed creating Halloween displays with a different theme each year, including a UFO crash site; a talking Sphinx; and a ghostly Viking ship. In the Fall of 2013, a neighbor girl, Livi Lindt, suggested that all the neighbors along our stretch of Seymour Avenue get together and do a combined Halloween display, and thus a new tradition was born.

That first year, we chose the “Wizard of Oz” as our theme. Because our house at the corner of Orlin and Seymour is at one of the main crossroads of Prospect Park, our front yard became the start of the story, with a display featuring a tornado and Dorothy’s 2014: John Cushing and Martha Joy as Tweedle-dum &amp; Tweedle-dee meet the Author by the rabbit house, recently landed hole, along with the Mad Hatter’s tea party hosts Jim Polakowski and Brian Smith. Meanwhile, Gayla Lindt and Eric Amel as the Queen &amp; her Knave of Hearts prepare to lop off some heads. on the Wicked Witch of the East. Neighbors and friends in costume The novel experience of Halloween 2013 was so well guided trick-or-treaters along the Yellow received by the trick-or-treaters and their parents – and Brick Road to displays at neighboring homes, was so much fun for us and our immediate neighbors – that where they encountered the Scarecrow, the we followed it up the next year with a staging of “Alice in Tin Man and the Cowardly Lion. Along the Wonderland,” and most recently with “Snow White and the way, they were harried by flying monkeys Seven Dwarves.” swooping down out of the park across the Each year, as word of our annual Halloween production street, and by the Wicked Witch of the West, spreads, the horde of visitors grows larger (as does our who would appear out of nowhere. At the last candy bill). It is very gratifying to see the excitement on the house on the block, Gayla Lindt, Eric Amel and faces of the kids who visit our stretch of Seymour Avenue. their kids re-created the audience chamber of Collaborating on a Halloween project is also a great excuse for the Wizard of Oz, surmounted by a massive us to get together with our neighbors, starting in September, projection of the great Wizard himself, who to pick out a not-too-scary theme, plot strategy, assemble our dealt with the petitions of visitors in his own “cast” and build set pieces. By dressing up in silly costumes inimitable fashion. and assuming the roles of storybook characters, you might say we give ourselves permission to re-live some of the childhood wonder and mystery that makes Halloween the most “spirited” night of the year. – Peter Holbrook 2015: Sue Bardill as the face in the magic mirror reveals who’s the fairest of them all. Down the street, Martha Joy and John Cushing as the wicked queen and her lackey prepare a poison apple, which throws Snow White (Graeça Lindt) into a death-like sleep.

As told by Phil Anderson

Two weeks after we moved in I was working in the front yard when a Rolls Royce drove by. If it were a Chevy or a Nissan I wouldn’t have noticed, but it was a Rolls Royce. I’ve probably seen half a dozen in my lifetime. And that was cool. Then I noticed it again; it drove by a second time. I thought that was kinda weird. Same car. Anyways, I kept working. I don’t know how long it was. Ten minutes. Longer. Shorter. Third time it drove by the car stopped, rolled the window down, and he asked me how to get to University avenue. He was lost. He couldn’t get out of the neighborhood.

These blank pages are for collecting your neighborsâ&amp;#x20AC;&amp;#x2122; autographs and words of wisdom.

There is no one thing that makes Prospect Park great. A fairytale landscape, colorful characters and passionate participation give the air in this neighborhood a magical flavor—you never know what’s happening around the next corner. This storybook is an attempt to capture the stories of this neighborhood for you. Stage 1: After 5 story workshops, and many one-on-one interviews 30 neighbors created their own pages for the book. Professional artists from The Minnesota Center for Book Arts also created pages based on interviews. Stage 2: In early 2016 with pages complete, neighbors gathered to create the book at Pratt School. After making paper, hand-pressing covers and assembling pop-ups, these neighbor-artists bound 50 copies of the storybook. Those who participated took a book home. What you see here are the pages from within. They contain the stories and artistry of the Prospect Park spirit. 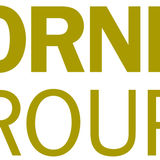