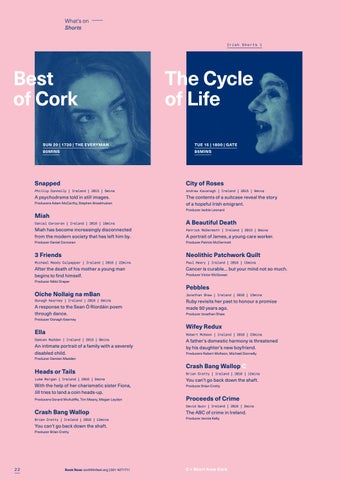 The Cycle of Life

A psychodrama told in still images.

The contents of a suitcase reveal the story of a hopeful Irish emigrant.

Miah has become increasingly disconnected from the modern society that has left him by.

After the death of his mother a young man begins to find himself.

Cancer is curable… but your mind not so much.

A response to the Sean Ó Ríordáin poem through dance.

A portrait of James, a young care worker.

Ruby revisits her past to honour a promise made 50 years ago. Producer Jonathan Shaw

An intimate portrait of a family with a severely disabled child.

You can't go back down the shaft. Producer Brían Crotty

The ABC of crime in Ireland. Producer Jennie Kelly

You can't go back down the shaft. Producer Brían Crotty 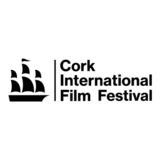 The brochure for the 61st Cork Film Festival taking place from 11-20 November.

The brochure for the 61st Cork Film Festival taking place from 11-20 November.