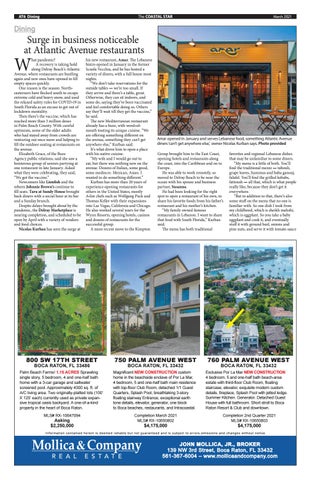 hat pandemic? A recovery is taking hold along Delray Beach’s Atlantic Avenue, where restaurants are bustling again and new ones have opened to fill empty spaces quickly. One reason is the season: Northeasterners have flocked south to escape extreme cold and heavy snow, and used the relaxed safety rules for COVID-19 in South Florida as an excuse to get out of lockdown mentality. Then there’s the vaccine, which has reached more than 3 million doses in Palm Beach County. With careful optimism, some of the older adults who had stayed away from crowds are venturing out once more and helping to fill the outdoor seating at restaurants on the avenue. Elizabeth Grace, of the Buzz Agency public relations, said she saw a boisterous group of seniors partying at one restaurant in late January. Asked what they were celebrating, they said, “We got the vaccine.” Newcomers like Lionfish and the reborn Johnnie Brown’s continue to fill seats. Taru at Sundy House brought back diners with a social hour at its bar and a Sunday brunch. Despite delays brought about by the pandemic, the Delray Marketplace is nearing completion, and scheduled to be open by April with a variety of vendors and food choices. Nicolas Kurban has seen the surge at

his new restaurant, Amar. The Lebanese bistro opened in January in the former Scuola Vecchia, and he has hosted a variety of diners, with a full house most nights. “We don’t take reservations for the outside tables — we’re too small. If they arrive and there’s a table, great. Otherwise, they can sit indoors, and some do, saying they’ve been vaccinated and feel comfortable doing so. Others say they’ll wait till they get the vaccine,” he said. The new Mediterranean restaurant already has a buzz, with word-ofmouth touting its unique cuisine. “We are offering something different on the avenue, something they can’t get anywhere else,” Kurban said. It’s what drove him to open a place with his native cuisine. “My wife and I would go out to eat, but there was nothing new on the avenue. Dozens of Italian, some good, some mediocre. Mexican, Asian. I wanted to do something different.” Kurban has more than 20 years of experience opening restaurants for others in the United States, mostly A-list chefs such as Wolfgang Puck and Thomas Keller with their expansions into Las Vegas, California and Chicago. He also worked several years for the Wynn Resorts, opening hotels, casinos and dozens of restaurants for the successful group. A more recent move to the Kimpton

Amar opened in January and serves Lebanese food, something Atlantic Avenue diners ‘can’t get anywhere else,’ owner Nicolas Kurban says. Photo provided Group brought him to the East Coast, opening hotels and restaurants along the coast, into the Caribbean and on to Europe. He was able to work remotely, so moved to Delray Beach to be near the ocean with his spouse and business partner, Susanna. He had been looking for the right spot to open a restaurant of his own, to share his favorite foods from his father’s restaurant and his mother’s kitchen. “My family owned famous restaurants in Lebanon. I want to share that food with South Florida,” Kurban said. The menu has both traditional

favorites and regional Lebanese dishes that may be unfamiliar to some diners. “My menu is a little of both. You’ll find the traditional mezze — tabouli, grape leaves, hummus and baba ganouj, falafel. You’ll find the grilled kebabs, fattoush — all that, which is what people really like, because they don’t get it everywhere. “But in addition to that, there’s also some stuff on the menu that no one is familiar with. So one dish I took from my childhood, which is sheikh mahshi, which is eggplant. So you take a baby eggplant and cook it, and eventually stuff it with ground beef, onions and pine nuts, and serve it with tomato sauce

Information contained herein is deemed reliable but not guaranteed and is subject to errors,omissions and changes without notice. 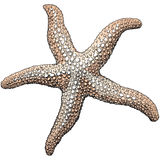