Murderer J. Cassidy to be Shot in The Head Every Day for 30 Years by Alessia Galatini 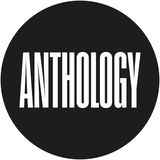 from Anthology II
by thecassanthology

Murderer J. Cassidy To Be Shot In The Head Every Day For 3� Years

MURDERER J. CASSIDY TO BE SHOT IN THE HEAD EVERY DAY FOR 30 YEARS

St Paul, Minnesota – J. Cassidy, convicted of the murder of beloved pop icon S. Solano, will be the first to undergo the Kyle-Zima virtual-reality technology, the Court ruled yesterday after a long-fought trial. This result had been anticipated by many, given the global attention the case had received, and Cassidy’s lawyer’s pleas for a regular life imprisonment went unheard. “We’re thrilled that the world will finally get a chance to see the effectiveness of our technology,” Ms Zima commented as her former husband backed her statement. The innovative punishment took the technology industry partners seven years to refine, ever since their daughter was killed by Cassidy, who was on parole after being released from a threeyear imprisonment for stalking. “It is our belief that the current criminal justice system is more concerned with punishing and keeping threats confined than to teach criminals empathy and show them the wrongfulness of their actions,” Mr Kyle added. “And that’s where our virtual-reality technology comes into play”.

Celeste put the newspaper down. An old technology, its pages had become yellowish over the years but she could still recall with clarity the horror of seeing that headline for the first time and the way she cried when she watched her father being taken out of the courtroom. Many would say her father didn’t deserve to say goodbye. She was

just five at the time and she thought he did.

“They won’t harm him, not for real,” her mother kept telling her on the way home, “it will all be in his head.” Not for real.

They kept him in a room. Thirty years. Made him believe for 10950 days that he had a gun to his head, made him feel the bullet breaking through his skull and his heart giving out. And then when he was finally dead they reset the whole thing to start again the next day. 30 years of waiting 24 hours to be killed. He never made it out of that room. Physically, yes, but they put him where all the criminals like him end up nowadays. The Kyle-Zima recovery centre. A new kind of asylum. Kind of made you miss the plain old death sentence. Celeste didn’t forget that her father had killed an innocent woman. She never stopped being angry at him for that meaningless, violent and cruel act. She never stopped being angry for losing the chance to ask him why. The father they gave her back opened his mouth but only saliva came out. No words.

The Kyle-Zima system had become better over the years. They had learnt how to balance time and modify the effect and experience of violence in the simulation. Not everyone was destroyed by it. Some even integrated back into society, in a way. The crime rate had been reduced. The rest of them, those in the recovery centre, became guinea pigs to ease the fate of the criminals that would come after them. The door creaked and she turned to see her mother peeking in. “They’re waiting for you in ten minutes,” she said, her tone flat. “Mum,” Celeste called out, “What do you think I should do?” “It should be your choice, honey.” She didn’t look at her while saying that. “There’s always prison…” Celeste tested out. Still no reaction. “I mean, after what happened to dad I don’t know if -” “Things are different now, don’t forget that.” And with that she was gone.

Celeste turned the TV on. “LIVE FROM CNN, results for the Cassidy vs Truman poll are coming in quicker than expected. Over 55% think Miss Cassidy should choose the Kyle-Zima sentence for her

rapist, while the remaining 45% would settle for five years in prison. It is still unclear how the virtual punishment would be set up but if we look at previous cases -” She switched it off and checked the apps. There were over two thousand new posts with the #CassidyvsTruman tag. ‘@CNN @CelesteCass00 he had it coming’ ‘We have definitely evolved: from eye for an eye to rape for a rape #somuchprogress maybe @CelesteCass00 wouldn’t have to choose Kyle-Zima if the State took rape charges seriously #5years #WTF’ ‘@CNN @CelesteCass00 Rape is still rape, it doesn’t matter who’s the victim #chooseprison’ ‘Only Kyle-Zima will make him come to terms with what he’s done #5yearsisnotenough’

The time had come. She knew what she’d find in the adjacent room. The judge, her mother, confined to a corner to avoid any undue influence – although nobody thought about confining the world into a corner – and the man she thought she would never have to look at again.

They would be there, waiting for her guidance as if she was a prophet, telling them what was to come. Could she do it? Could she purge herself of the memory by consenting to something she swore she hated? Was she right to feel such anger, such desire for vengeance? Would she be any better than those who hurt others in real life? “Please don’t do this,” a voice said the minute she walked into the room. “Please.” “Mr Truman, under court rules you are not allowed to talk,” the judge interrupted but Celeste’s eyes had already darted towards the man. He seemed so fragile then, huddled into his chair. Begging. Tears in his eyes.

She wanted to break him. “Have you reached a decision, Ms Cassidy?” the judge asked. “Yes,” Celeste said. “Kyle-Zima.” “You bitch,” he screamed. “You fucking bitch!” He kept shouting as two policemen dragged him away, every filthy word validating her choice. “Rot in whatever hell’s left inside your brain,” she said to him with a smile.

Reading Kurt Vonnegut’s Slaughterhouse 5 and watching The Atomic Cafe documentary, the question of how far can one go to achieve peace rightfully arises. The film show us footage of American people bursting into the streets to celebrate after Hiroshima is burnt to the ground. The voiceover laughs before saying the following: “This is the destructive power we pray God we never have to haul upon any Nation, but should it become necessary, let us not hesitate because it is foreign to our nature to use the power which has been given us.” (Atomic Cafe, 1982). Hiroshima is treated as a sacrifice that America has to make: the US’s actions are a necessary step towards peace. In Postwar: a History of Europe since 1945 Tony Judt talks about how after the war people dismissed Dresden and Hiroshima as things of the past. The bombings of Hiroshima, Nagasaki and Dresden by the Allied Powers are all the more appalling given the explicitly civilian targets of these military actions. At the same time, we cannot forget the Nazi Holocaust and the Axis Power alliance of the Germans and Japanese. Was the Allied violence then justified?

In the Marat/Sade I was intrigued by the ironic line that was drawn between the acceptable systematic murders of the aristocracy by the Jacobins and outrage at the murder of one single member of the Revolutionary Committee. For this science fiction piece, the idea of a psychological torture seemed fitting, as the theme of insanity following the trauma of violence is common in many of the literary works we have studied in the module. This piece also looks back at the law of contrapasso in Dante’s Inferno, that the sinner should be punished in a way that resembles the sin, but is inflected with reference to modern technologies.

The theme of history repeating itself is also important. We often see the world falling back into its old habits, wondering how it is that we learnt nothing from our past, which may very well be a consequence of the distortion of history through different narratives. The main character of the story goes from witnessing a person she cares about being punished to inflicting the punishment herself. I wanted to try and analyse what could make her point of view change: being a victim of violence herself, external influence from media and mass culture, and having to confront an enemy instead of a loved one. But Celeste does something which I think is important before making

her decision. She looks back at past violence, whether for peaceful reasons or not. Kurt Vonnegut sums it up well in Slaughterhouse 5 when he writes “And Lot’s wife, of course, was told not to look back where all those people and their homes had been. But she did look back, and I love her for that, because it was so human. So she was turned into a pillar of salt. So it goes.”

This story is from:
Anthology II
by thecassanthology