Students march on University House calling for reform The Boar Students, staff and alumni protested on 6 February, as part of a demonstration against the University’s handling of the group chat scandal. The protest entitled ‘Reclaim Our University #ShameOnYouWarwick’ was organised by a number of societies including Warwick for Free Education (WFFE), Warwick Pride and Warwick Enable. Starting on the piazza just after midday, hundreds of individuals gathered to hear speeches made by SU Education Officer Larissa Kennedy, and members of Warwick Pride and Warwick UCU (University and College Union). Local and national media were also covering the event. Protesters then marched toward the Humanities building, and gathered outside the entrance to hear more speeches, including an open letter published in the Boar which stated that the University had ‘forgotten about the victims’.

[Speeches were] followed by more calls for members of senior management to resign Individuals also chalked slogans on the ground in front of the building, such as ‘Shame On You Warwick’, ‘End Rape Culture’, and ‘Whose Streets, Our Streets’. The crowd then marched on the Maths and Statistics Building, where an Offer Holders Open Day was being held. Protestors tried to enter the building but the main door was closed with a sign stating ‘door broken’. The protest finally advanced on University House, where

five students who had previously entered the building commenced a sit-in. The rest of the protestors tried to enter the building, banging on windows chanting “Uni House, let us in, all we want to do is sit”. They were denied entry by security. Outside the building, several speeches were made, including one by a female student named in the chat. This was followed by more calls for members of senior management to resign, including the Vice Chancellor Stuart Croft and the director of press. This was then followed by a series of chants including “Leave your office, go to bed. We’ll come back when Crofty’s gone”. The Boar spoke to two students inside University House who claimed that there was a very high security presence inside the building, and that students and staff inside hadn’t been informed before the doors were locked. As the protest got underway, the University announced that there would be a “thorough, external and independent review of our disciplinary and appeals processes” following a meeting of the University Council on Wednesday morning. After the protest, Professor Rebecca Earle, the new Head of the Department of History at the University of Warwicks told students and staff that “activism and protest can work”. 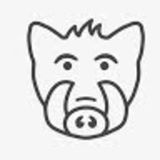