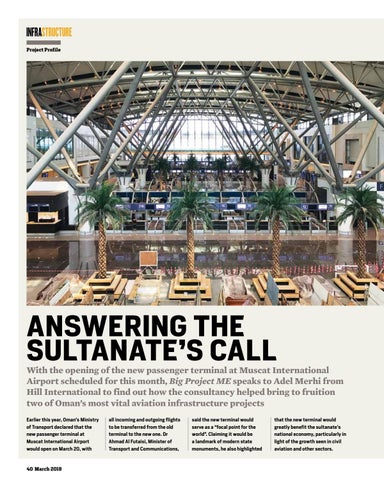 all incoming and outgoing flights to be transferred from the old terminal to the new one. Dr Ahmad Al Futaisi, Minister of Transport and Communications,

said the new terminal would serve as a “focal point for the world”. Claiming it would be a landmark of modern state monuments, he also highlighted

that the new terminal would greatly benefit the sultanate’s national economy, particularly in light of the growth seen in civil aviation and other sectors.