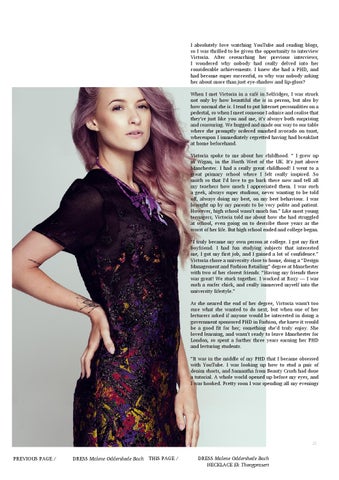 I absolutely love watching YouTube and reading blogs, so I was thrilled to be given the opportunity to interview Victoria. After researching her previous interviews, I wondered why nobody had really delved into her considerable achievements. I knew she had a PHD, and had become super successful, so why was nobody asking her about more than just eye-shadow and lip-gloss? When I met Victoria in a café in Selfridges, I was struck not only by how beautiful she is in person, but also by how normal she is. I tend to put Internet personalities on a pedestal, so when I meet someone I admire and realise that they’re just like you and me, it’s always both surprising and reassuring. We hugged and made our way to our table where she promptly ordered smashed avocado on toast, whereupon I immediately regretted having had breakfast at home beforehand. Victoria spoke to me about her childhood. “ I grew up in Wigan, in the North West of the UK. It’s just above Manchester. I had a really great childhood! I went to a great primary school where I felt really inspired. So much so that I’d love to go back there now and tell all my teachers how much I appreciated them. I was such a geek, always super studious, never wanting to be told off, always doing my best, on my best behaviour. I was brought up by my parents to be very polite and patient. However, high school wasn’t much fun.” Like most young teenagers, Victoria told me about how she had struggled at school, even going on to describe those years as the worst of her life. But high school ended and college began. “I truly became my own person at college. I got my first boyfriend. I had fun studying subjects that interested me, I got my first job, and I gained a lot of confidence.” Victoria chose a university close to home, doing a “Design Management and Fashion Retailing” degree at Manchester with two of her closest friends. “Having my friends there was great! We stuck together. I worked at Roxy — I was such a surfer chick, and really immersed myself into the university lifestyle.” As she neared the end of her degree, Victoria wasn’t too sure what she wanted to do next, but when one of her lecturers asked if anyone would be interested in doing a government sponsored PHD in Fashion, she knew it would be a good fit for her; something she’d truly enjoy. She loved learning, and wasn’t ready to leave Manchester for London, so spent a further three years earning her PHD and lecturing students. “It was in the middle of my PHD that I became obsessed with YouTube. I was looking up how to stud a pair of denim shorts, and Samantha from Beauty Crush had done a tutorial. A whole world opened up before my eyes, and I was hooked. Pretty soon I was spending all my evenings 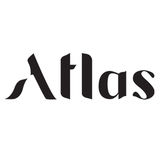