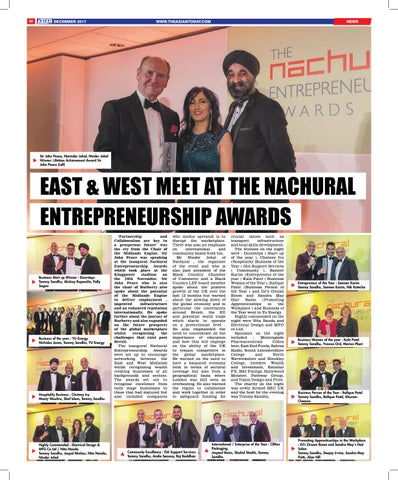 ‘Partnership and Collaboration are key to a prosperous future’ was the cry from the Chair of the Midlands Engine. Sir John Peace was speaking at the inaugural Nachural Entrepreneurship Awards which took place at the Kingpower stadium on the 24th November. Sir John Peace who is also the chair of Burberry also spoke about the potential of the Midlands Engine to deliver employment , improved infrastructure and an enhanced reputation internationally. He spoke further about the journey of Burberry and also expanded on the future prospects of the global marketplace whilst recognising the challenges that exist post Brexit. The inaugural Nachural Entrepreneurship Awards were set up to encourage networking between the East and West Midlands whilst recognising wealth creating businesses of all backgrounds and sectors. The awards set out to recognise excellence from early stage businesses to those that had matured but also included companies

who modus operandi is to disrupt the marketplace. There was also an emphasis on international and community based work too. Mr Ninder Johal of Nachural , the organiser of the event and who is also past president of the Black Country Chamber of Commerce and a Black Country LEP board member spoke about the positive growth of the UK over the last 12 months but warned about the slowing down of the global economy and in particular the uncertainty around Brexit, the EU and potential world trade which starts to operate on a protectionist level . He also emphasized the need to concentrate on the importance of education and how this will impinge on the ability of the UK to remain competitive in the global marketplace. He warned on the need to have a balanced economy both in terms of sectoral coverage but also from a geographical basis where London was still seen as overheating. He also warned the region to collaborate and work together in order to safeguard funding for

crucial issues such as transport infrastructure and local skills development. The winners on the night were : Doorsteps ( Start up of the year ), Chutney Ivy (Hospitality Business of the Year ) ISA Support Services ( Community ), Sameer Karim (Entrepreneur of the year ) Kala Patel ( Business Woman of the Year ), Rafique Patel (Business Person of the Year ) and DJ’s Groom Room and Sandra May Hair Salon (Promoting Apprenticeships in the Workplace ) and Business of the Year went to Yu Energy. Highly commended on the night were Nita Nanda and Electrical Design and MFG co Ltd. Sponsors on the night included : Morningside Pharmaceuticals Cobra beer, East End Foods, Sabras Radio, South Leicestershire College and North Warwickshire and Hinckley College, Investec Wealth and Investment, Rational FX, BSJ Fixings, Hollywood Monster, Pathway Group, and Vision Design and Print. The charity on the night was newly formed BEC UK and the host for the evening was Tommy Sandhu.

The latest issue of The Asian Today out now. 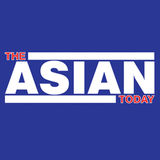