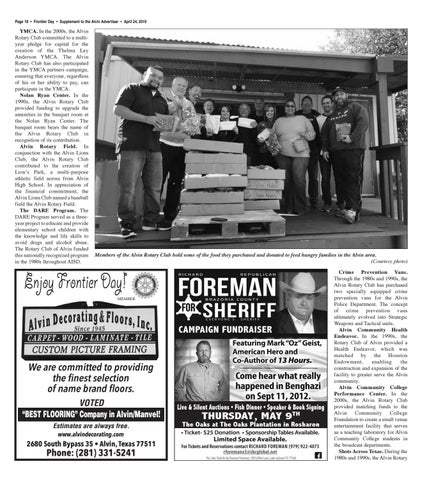 Members of the Alvin Rotary Club hold some of the food they purchased and donated to feed hungry families in the Alvin area. (Courtesy photo)

We are committed to providing the finest selection of name brand floors. VOTED “BEST FLOORING” Company in Alvin/Manvel! Estimates are always free. www.alvindecorating.com

The Oaks at The Oaks Plantation in Rosharon