Enrique Lavernia has been the dean of the College of Engineering for the past 10 years. ulty working in his college. “The single most significant accomplishment in the last 10 years is the hir-

ing of over 90 faculty members, nearly half the faculty body,” Lavernia said. “The 46 NSF career awards are a reflection on the

Several UC Davis students are working to set up a new student organization on campus which would be a chapter of an international organization called The Triple Helix. The Triple Helix was formed in 2004 at Cornell University. According to the organization’s mission statement, the purpose of The Triple Helix is to educate the public about the dynamic relationship between the fields of science, society, business, ethics and law.    Two UC Davis students have been taking the lead in getting the chapter established. Jeff Chen, a senior environmental toxicology major and Andy Iskandar, a sophomore biochemistry major who is pursuing a double minor in economics and writing, hosted an informational meeting last Thursday about the effort to set up the new student organization on campus. “It was great,” Chen said. “We got around 35 people or so. A lot

of people were enthusiastic after the meeting, so we’re off to a good start.” “There is great interdisciplinary interest in the community, as exemplified by the many double majors and people with mixed minors,” Iskandar added. The new chapter would create opportunities for UC Davis students to get together to share their experiences. “You’ve probably been in a situation where you had a really interesting thought after reading something or just being struck by a eureka moment,” Iskandar said. “Of course, you want to talk about it. Maybe it’s about philosophy or a really interesting find in science or perhaps about recent political events.” The Triple Helix journal, The Science in Society in Review, is published by each chapter and contains articles written by members that are specially selected to appear in all chapters’ editions. Each chapter’s specific edition also contains additional articles written by members of that specific chapter.

Gary Sue Goodman, the assistant director for Writing Across the Curriculum for the UC Davis University Writing Program, is helping to set up the new chapter on campus. “It’s deliberately set up as an interdisciplinary journal, to look at developments in science and technology from a social, economic and humanistic perspective,” Goodman said. Jennifer Ong, a recent graduate of UC San Diego, is the chief executive officer of The Triple Helix International. “The definition of science itself is expanding,” Ong said. “We, as citizen scientists, must recognize that the ‘hard sciences’ — such as biology, chemistry, physics or engineering--need to be placed into a practical context that cannot be separated from the social sciences.” The Triple Helix website explains that the organization’s name refers to the molecular structure of the protein collagen. Collagen is a connective tissue that maintains the structural integrity of organs and between or-

gan systems. According to their website, “This interconnecting characteristic of collagen is analogous to the interdisciplinary focus of our organization, as we work to bridge scientific development with its greater role in science policy and society.” Albert Young, who is a junior communication major at UC Davis, attended last week’s planning meeting for the proposed

Patient satisfaction, as well as good doctor-patient relationships, have long been indicators of quality health care. Doctors place emphasis on this relationship with the belief that, if a patient likes and trusts their doctor, they are more inclined to follow orders and thus get better. But a team of UC Davis researchers found this might not always be true. In a study published in

the Archives of Internal Medicine on Feb. 13 of this year, researchers found

likely to have increased prescription drug expenditures and increased mortality. Joshua Fenton, assistant professor in the UC Davis Department of Family and Community Medicine and lead author of the study said that the results do not surprise him. “We conducted this study because prior research had shown that in certain groups, health care intensity varies widely, despite correcting for illness burden,” Fenton said.

Just about everyone has heard the saying “Don’t go to sleep angry,” but how much truth is there behind this adage? Recent studies have shown that the sentiment is not merely an old wives’ tale. The University of Massachusetts Amherst conducted studies that modeled exposure to negative stimuli that could make people sad or angry prior to sleep. Patients in this study were aged between 18 and 30, consisting of 68 females and 38 males. The patients were shown a series of images and asked to rate them as happy or sad on

a 1 to 9 scale, and their personal re- ately did not respond as negatively to action as excited or calm on a 1 to 9 the traumatic or sad stimuli. scale. Different groups then slept im- There is also speculation if this is mediately after the priming or were an evolutionary purpose for allowed to remain awake. The next stress-related sleep trouday, the patients were shown imbles by decreasing negages and asked to reative reaction to trauma. peat the same pro Although the recess of ranking. searchers’ main focus is understanding Post Traumatic Stress In keeping with Disorder, this phenomenon is not passed-down wisdom, limited strictly to the psychologicalsleeping immediately following a negative emotion Irisa Tam / Aggie ly damaged. So if you’re laying in bed, “protects” that emotion, mean- i n g verging on insomnia while lamenting their emotion didn’t change over time. some new-found grievance, don’t fret. These patients reacted just as nega- Pick up a book to kill some time and tively to traumatic or sad stimuli as remember that it’s for the best. they had the previous day. Conversely, patients who did not sleep immedi- ALEX STANTON can be reached at science@theaggie.org.

UC Davis chapter. “I had no idea what to expect,” Young said, “but it definitely exceeded my expectations of being a lot better than just another club.” According to Chen, the first event after the chapter becomes established could be held as early as this coming Fall quarter. BRIAN RILEY can be reached at science@theaggie. org.

Tech Tips Giving projects a Kickstart Do you have a project you care about that you would like to see funded? If so, Kickstarter is an option to be considered when it comes to project funding. Kickstarter is a website that helps creators of projects attain the funds required to complete their projects. Whether it is film, games, music or many other creative products, Kickstarter lets its users find interesting ideas they’d like to support and provides a way to fund them. So how does it work? The creators of a project post their ideas for what they want to create and how much financial backing they’ll need to make sure their ideas come to fruition. The users can then decide whether they want to pledge money to the project. If the creators are successful in receiving enough pledges to satisfy their financial requirement, they then receive the money pledged from the users to create their product. What do I get in return? Creators set pledge tiers for varying amounts of money pledged. These are at the creators’ discretion and range from the creators’ thanks — usually for $1 pledges — to re-

ceiving their product for higher pledges, and many other things like getting autographed editions of products and behind-thescenes looks at the creation process. Is there a risk involved? That’s one of the great features of Kickstarter: not worrying about funding a project that never gets created. This comes down to Kickstarter working with the “all or nothing” model, meaning that a project must reach its required funding or none of the money pledged is processed — translating to users keeping their money if the creators don’t reach their goal. Yeah, but does this really happen? Definitely. One great example of the possibilities of Kickstarter comes from a game development studio called Double Fine. Double Fine started asking for funding for a passion game project with a goal of $400,000, and are now at over $2.2 million dollars with time still left in their deadline — a project that might never have existed without the Kickstarter community. ERIC C. LIPSKY can be reached at science@theaggie.org. 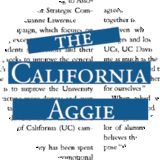