Movember: The most important Mo you’ll ever grow

THE REAL VALUE OF CHARITIES IN A CRISIS

YOUR ADVERT GOES HERE, YES?COVID-19. Frontline providers, of peak bodies – including the

DAVID CROSBIE, CEO EXCLUSIVE within the current context, shalCommunity Council for Australia low questions can sometimes be hat price do you useful. put on the contriThe charities sector employs bution of chariover 1.3 million Australians, ties to our com10% of the Australian workmunities through 2020, impacted force. Knowing and using this by bushfires and COVID-19 measure of economic activity economic slowdowns? proved a very useful fact early It is a shallow question, on in helping frame the governreally. In a world where we have ment’s response to COVID-19. commodified our feelings and The initial announcements about likes, monetarised sharing our JobKeeper and other major views, and each of us has been government initiatives talked defined as individual economic about the entitlement of eligible units serving the greater Austrabusinesses to these schemes. lian economy, we do sometimes Nowhere were the term charities ask shallow questions. And we or not-for-profits seen or heard. should acknowledge that even Collective lobbying from a range

Community Council for Australia and the Charities Crisis Cabinet - ensured governments recognised the value of supporting employment in the charities sector. Not only was JobKeeper eligibility changed to ensure charities were included, but significant concessions were provided to enable charities to satisfy a lower threshold for turnover loss tests. The result is that over 320,000 charity workers received JobKeeper. Governments have also increased support in critical areas for emergency aid charities through both the bushfires and

emergency relief charities like OzHarvest have received additional funding, as have some domestic violence services, homeless services, health services (needing additional PPE etc.) and others. Unfortunately, the greatest value of charities during a crisis goes largely unacknowledged, and often unsupported. In a recent discussion with Major General Andrew Hocking from the National Bushfire Recovery Agency, I asked about how and why some communities seem to have recovered better than others post the bushfire

disasters and given what we know about recovery, how their agency might be supporting greater community resilience. We know from previous disasters that the critical aspect of both coping and rebuilding during difficult times is the degree to which people feel they have value, that they belong, that they are connected. We also know that it is not always the more readily identifiable groups that foster this sense of community. In one community, what is catalytic to community support can be a sporting club, performing arts (continued page 2) 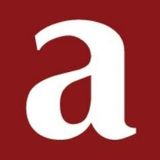