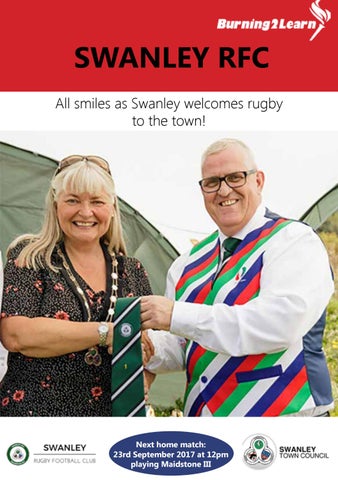 SWANLEY RFC All smiles as Swanley welcomes rugby to the town!

Swanley RFCâ&#x20AC;&#x2122;s First match was held at Swanley Park on Saturday 2nd September 2017 with a friendly against Erith RFC.

The final score was 40-0 to Swanley Please visit: www.pitchero.com/clubs/swanleyrfc to support the club and also follow them on Facebook!

schools@burning2learn would like to thank Pete Bresser for his images. www.bresserphotos.com