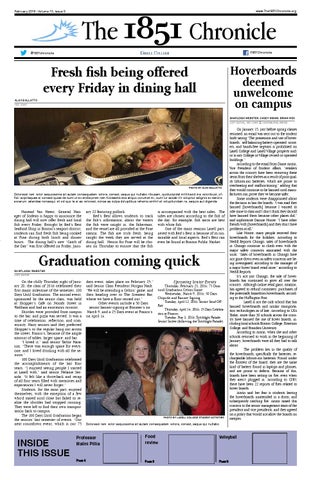 Mairead Van Heest, General Manager of Sodexo is happy to announce the dining hall will now offer fresh and local fish every Friday. Brought by Red’s Best Seafood Shop in Boston’s seaport district, students can find fresh fish being cooked at Fuse during both lunch and dinner hours. The dining hall’s new “Catch of the Day” was first offered on Friday, Janu-

ary 22 featuring pollock. Red’s Best allows students to track the fish’s information, about the waters the fish were caught in, the fisherman, and the vessel are all provided at the Fuse station. The fish are truly fresh, being caught the week they are served at the dining hall. Menus for Fuse will be chosen on Thursday to ensure that the fish

is accompanied with the best sides. The sides are chosen according to the fish of the day, for example, fish tacos are best with white fish. One of the many reasons Lasell partnered with Red’s Best is because of its sustainable and local aspects. Red’s Best can even be found at Boston Public Market.

On the chilly Thursday night of January 28, the class of 2016 celebrated their first major milestone of the semester, 100 Days Until Graduation. The annual event, sponsored by the senior class, was held at Shopper’s Cafe on Moody Street in Waltham and had an enormous turnout. Shuttles were provided from campus to the bar, and pizza was served. It was a time of celebration, reflection, and community. Many seniors said they preferred Shopper’s to the regular hang out across the street, Franco’s, because of the ample amount of tables, larger space, and bar. “I loved it,” said senior Taylor Harasim. “There was enough space for everyone, and I loved drinking with all the seniors.” 100 Days Until Graduation celebrated the accomplishments of the last four years. “I enjoyed seeing people I started at Lasell with,” said senior Melanie Secaida. “It felt like a throwback and recap of all four years filled with memories and experiences I will never forget.” Students, for the most part, enjoyed themselves, with the exception of a few who’d stayed until close but failed to realize the shuttles had stopped running. They were left to find their own transportation back to campus. The 100 Days Until Graduation began the seniors’ last semester of events. “Our next countdown event, which is our 75

days event, takes place on February 25,” said Senior Class President Morgan Nash. “We will be attending a Celtics’ game, and then heading over to The Greatest Bar, where we have a floor rented out.” Other events include a 50 Days senior banner signing at Boomer’s on March 9, and a 25 Days event at Franco’s on April 14.

On January 15, just before spring classes resumed, an email was sent out to the student body saying “The possession and use of hoverboards, self-balancing/battery-operated scooters, and hands-free segways is prohibited on Lasell College and Lasell Village property and/ or in any College or Village owned or operated buildings.” According to the email from Diane Austin, Vice President of Student Affairs, “retailers across the country have been removing these items from their shelves as a result of poor-quality lithium-ion batteries, which are prone to overheating and malfunctioning,” adding that they would continue to be banned until manufacturers can prove they’ve become safer. Some students were disappointed about the decision to ban the boards. “I was mad they banned [hoverboards] because I wanted to ride mine to class and I don’t think they should have banned them because other places did,” said sophomore Dannie Moore. “I have other friends with [hoverboards] and they don’t have problems at all.” Like Moore, many people received their hoverboards for the holidays. According to Medill Reports Chicago, sales of hoverboards in Chicago continue to climb even with the major safety concerns associated with the units. “Sales of hoverboards in Chicago have not gone down even as safety concerns are being investigated, according to the manager of a major hover board retail store,” according to Medill Reports. It’s not just Chicago, the sale of hoverboards has continued to grow all over the country. Although online retail giant, Amazon, has agreed to refund customers’ purchases of the potentially hazardous hoverboards, according to the Huffington Post. Lasell is not the only school that has banned hoverboards and similar transportation technologies as of late. According to USA Today, more than 30 schools across the country have banned the use of hover boards, including local schools Boston College, Emerson College, and Brandeis University. According to Austin, when she and other schools returned to work in the beginning of January, hoverboards were all they had to talk about. The problem lies in the quality of the hoverboards, specifically the batteries; rechargeable lithium-ion batteries. Found under the footrest of the board, they are the same kind of battery found in laptops and phones, and are prone to defects. Because of this, boards have been setting on fire, even when they aren’t plugged in. According to CNN, there have been 22 reports of fires related to hover boards. Austin said her fear is students leaving the hoverboards unattended in a dorm, and subsequently catching fire. Austin raised this concern to the senior management team of the president and vice presidents, and they agreed on a policy that would not allow the boards on campus. 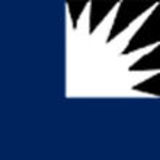