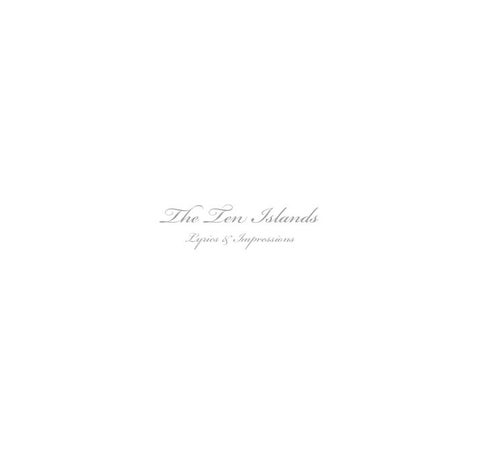 Ab About this Album

Jochen and Jens-Uwe have been working together since 1998. After their first CD “Zeitpunkte” with classical music from the 20th Century, Jochen and JensUwe found themselves constantly drawn to Scotland, and it was there, inspired by the beautiful country, the lovely people and the special mood in the music that reflects the rough, melancholic charm of Scotland, that they started their second production “The Ten Islands”. Along with some of Scotland’s finest tunes they chose three pieces by Nigel Gatherer and one song by Jim McLean. Inspired by these melodies they created ten musical “universes” which interpret the original character in their own colourful way. Jens-Uwe and Jochen’s playing is complemented by internationally renowned guests: Guido Jäger on the double bass (Giora Feidman, Tom Waits), the Canadian singer songwriter Lisa Winn, the Moroccan percussionist Rhani Krija (Sting), Fabian Hink on the electric guitar and Ulrich Schubert on didgeridoo.

“There was a time when I decided that, rather than wasting my time with music, I should settle down and become a normal person. I stopped playing music, got a proper job and even got married. It didn’t work out in the end, and I found myself back in my home town but lost, with no direction. At this time I met a new friend who played violin. When she heard that I used to play music, she invited me to try it again. She lived in an area of Edinburgh called East Parkside, and it was there that I rediscovered my joy of music, and from there I developed a life in which music was a main part. “East Parkside” expressed my deep emotion at being reunited with one of the loves of my life - music.” Nigel Gatherer

Since discovering the traditional music of his native Scotland thirty years ago, Nigel Gatherer has been passionately involved in collecting, researching, teaching and performing Scottish music. He has formed mixed instrument ensembles around the country, and has recently formed a mandolin and guitar orchestra in Edinburgh. While he has taught many students mandolin, his abiding ambition is “to get people playing music together, to share the joy that making music in groups produces, and simply to change people’s lives with music. I know it can be done because I see it happening all the time!” Nigel lives in Perthshire with an artist and a cat.

The lyrics for this song were written by the great Scottish poet, Robert Burns (1759-1796). The River Doon (Gaelic - Abhainn Dhùin), flows 23 miles from Loch Doon in Ayrshire, Scotland, to join the Firth of Clyde just south of Ayr. It flows north-west, passing close to the town of Dalmellington, and through the villages of Patna, Dalrymple and also Alloway, the birthplace of Robert Burns. There are different versions of the lyrics of this very popular Burns poem. For the recording we chose an English translation of the original. Lisa Winn: Vocals Jochen Roß: Mandolin Jens-Uwe Popp: Guitar Guido Jäger: Double Bass

Ye banks and braes of bonny Doon, How can you bloom so fresh and fair? How can you chant you little birds, And I so weary full of care! You’ll break my heart, you warbling bird, That flitterns through the flowering thorn. You remind me of departed joys, Departed never to return.

I’ve often roamed by bonny Doon, To see the rose and woodbine twine And every bird sang of its love, And fondly so did I of mine. With lightsome heart I pulled a rose, So sweet upon its thorny tree. And my false love did steal that rose But he left the thorn with me.

Aft hae I rov’d by Bonie Doon, To see the rose and woodbine twine: And ilka bird sang o’ its luve, And fondly sae did I o’ mine; Wi’ lightsome heart I pu’d a rose, Fu’ sweet upon its thorny tree! And may fause luver staw my rose, But ah! he left the thorn wi’ me.

Nigel Gatherer wrote this tune when he found his way back to a life as a musician. The arrangement reflects the inner tensions between doubt and happiness, loneliness and power. Jochen Roß: Mandolin Jens-Uwe Popp: Guitar Guido Jäger: Double Bass Rhani Krija: Percussion Ulrich Schubert: Didgeridoo

The Dark and Slender Boy

Kelvingrove is a beautiful and very scenic public park in Glasgow. The old song takes us to the park in a scene between young lovers. The song tells how one of the lovers has to say farewell forever, so in the end it is a song about love and loss. In our arrangement, since Lisa was singing the song, we changed the original “lassie” (girl) to “laddie” meaning boy. Lisa Winn: Vocals Jochen Roß: Mandolin Jens-Uwe Popp: Guitar Guido Jäger: Double Bass Rhani Krija: Electronic Percussion Pad, Percussion

Nigel says about his tune: “It was written for the late Linda Pattison, who was at art school with me and my partner June. When she contracted a fatal illness I composed a piece of music for her. She said it was one of the nicest things she’d heard.” We fell in love with this intimate melody the first time we heard it. We first played it as an encore during a concert in a quiet simple version and made a proper arrangement later. It depicts the way from a fatal diagnosis through the feelings of hope and a certain lust for life to the inescapable end.

This is a beautiful slow air from the Scottish Gaelic tradition. The title means “Mairi young and fair”. There are words to the melody that are basically a deep declaration of love. The melody has a fluent feel to it, like running water and so the arrangement comes to life. It is a bit like rowing a boat towards the open sea; the sea continues to get rougher until a large wave crashes into the boat, but the boat will come home safely again. Jochen Roß: Mandolin Jens-Uwe Popp: Guitar Fabian Hink: Electric Guitar Guido Jäger: Double Bass Rhani Krija: Percussion

Such a Parcel of Rogues

Mair Smile in your Sleep

“Smile in your sleep” is based on the old traditional “Mist Covered Mountains”. Giving new words to the melody, Jim McLean creates the scene of a mother singing a lullaby to her child. She wants her child to sleep peacefully, but at the same time she laments for a way of life and a culture that is about to be lost forever. Although sung as a lullaby, it is in reality a bitterly angry song about the savagery and mass deportations of what is now called the Highland Clearances during the 19th century, when whole tribal highland communities were destroyed and the people shipped by force to Cape Breton and Nova Scotia. Even today in parts of the Scottish Highlands you can see evidence of the Clearances where “Shielings (small houses) lie empty and broken”. Lisa Winn: Vocals Jochen Roß: Mandolin, Tenor Mandola Jens-Uwe Popp: Guitar, Electric Guitar Guido Jäger: Double Bass Rhani Krija: Percussion Ulrich Schubert: Didgeridoo

Sm Smile in your Sleep

Hush, hush, time to be sleeping Hush, hush, dreams come a-creeping Dreams of peace and of freedom So smile in your sleep, bonny baby

Where is our proud highland mettle Our troops once so fierce in battle Now stand, cowed, huddled like cattle And wait to be shipped o’er the ocean

No use pleading or praying For gone, gone is all hope of staying Hush, hush, the anchor’s a-weighing Don’t cry in your sleep, bonny baby

Chorus Hush, hush, time to be sleeping Hush, hush, dreams come a-creeping Dreams of peace and of freedom So smile in your sleep, bonny baby

Chorus Hush, hush, time to be sleeping Hush, hush, dreams come a-creeping Dreams of peace and of freedom So smile in your sleep, bonny baby

Nigel Gatherer composed this melody on a typically Scottish dance rhythm. The arrangement takes the song to a pub. You can picture the scene; a band is playing, the beer is going down well, smoking is forbidden inside of course... and the musicians are improvising until dawn. Jochen RoĂ&amp;#x;: Mandolin Jens-Uwe Popp: Guitar Guido JĂ¤ger: Double Bass Rhani Krija: Percussion

Like “Air for Linda” we first played this tune as an encore at a concert in Edinburgh. After the concert the composer (Nigel Gatherer) said: “Thank you very much for playing my music. I enjoyed every single note, but I intended East Parkside to be half as fast as you played it.” So we decided to do two arrangements - a fast and a slow version. The faster version is a journey along the long road through emptiness and painful doubts to recovery. The slow version is a peaceful meditation on the theme. Jochen Roß: Mandolin Jens-Uwe Popp: Guitar Guido Jäger: Double Bass Rhani Krija: Percussion

Jochen Roß Jochen Roß was born in 1976 in Kassel, Germany. He studied classical mandolin and piano in Hamburg with Steffen Trekel and Prof. HansGeorg Lotz. Following his Degree in Music he obtained a Post-graduate Degree in Early Music with the lute-specialist and Echo prize winner Joachim Held. He was honoured with several international prizes and won the renowned competition for mandolin solo in Schweinfurt in 1999. In 2003 he lived in Scotland for 6 months, working with Scottish mandolin teachers and tutoring on a variety of courses. Since autumn 2003 he has been teaching at the New Music School in Buxtehude near Hamburg. He is also a member of Malte Vief ’s HeavyClassic Band.

Jens-Uwe Popp Jens-Uwe Popp was born in 1967 in Rendsburg Germany and studied classical guitar in Lübeck and Hamburg. He was honoured with several prizes in international chamber music competitions and has been working with renowned artists such as Efim Jourist, Christiane Erdinger, Ulrich Tukur and Dominique Horwitz. He is a long-term member of the Giora Feidman Trio and performs all around the globe. Since 2005 he has been a member of the ensemble “David Orlowsky Trio” together with David Orlowsky and Florian Dohrmann. Their album “Noema” has been released by Sony BMG Classical and received the “Echo Klassik” award 2008.

Thanks to all the people who have helped and encouraged us with this project. We are very grateful to all of you. Thank you. All songs are traditional except #2, 5, 9, 10 written by Nigel Gatherer, published by the Pigpipe Press, Crieff; and #8 written by Jim Mclean, published by Duart Music, London. All songs arranged by Jens-Uwe Popp &amp; Jochen RoĂ&amp;#x; except #3 &amp; 7, arrangements by Simon Mayor ÂŠ 1998 all rights reserved.

The Ten Islands - A different view on Scottish Music