partnership and maximising the skills and positivity of local groups, as well as asking you what helps you ‘thrive’ in our city. As we begin to better understand mental health and provide information about services, we expect the city to take better account of wellbeing, at home, at work and as we go about our daily lives.

A horde of developers suddenly seem to have got interested in Bedminster at the same time. As the local councillors, we are told about new plans for large schemes nearly every week even though we already have multiple planning applications from different developers being assessed for ‘Bedminster Green’ (including a mini power station

Parking continues to be a major concern for local residents. The council have refused to extend the RPS over North Street to the terraced houses on the other side despite many requests from the residents; we think this is the wrong decision and will continue to try and do something about it. We are still trying to utilise the 1500 car parking spaces in the Long Ashton park and ride that lie empty as frustrated sports fans cruise the streets of Ashton, Bedminster and Southville on match days. There has been some slow progress on this recently as the ownership of the site has changed and a possible safe walkway has been identified along the Metrobus access path. The planning issues remain complicated though as the land is in North Somerset.

Earlier this month we joined Bristol Labour Party, Bristol People’s Assembly and trade unions in a march against austerity in Bristol city centre. More than 6000 people attended in what was one of the biggest protests in Bristol in recent years. We are asking the government to fund our public services properly. Mayor of Bristol Marvin Rees, along with leaders of councils in other core cities, presented a green paper for fair funding for cities in Westminster two days later. Bristol City Council faces a £104m a year reduction in our income by 2022. Council tax only accounts for around 50% of the council spend and we rely on the grant from government to provide social care, housing services, road maintenance, parks, libraries and much more. As councillors we have to make difficult decisions on how to spend the ever decreasing funds we have.

Many of you will by now have seen the University of Bristol’s plans for a new campus and associated student accommodation at Temple Meads. This is an exciting opportunity for the city and will regenerate a long neglected area. However, as residents of a neighbouring community we need to be aware of the potential problems this may cause. The plans are available to view on the university’s website (bristol. ac.uk/TempleQuarter) and you can respond to the plan there.

We hold a number of drop-in sessions at a variety of locations, including Gaywood House (first Wednesday of the month) and Winterstoke House (first Thursday), and meet up with Ashton Vale Hub when the sessions run at the community centre. Our surgery runs at Mezzaluna on West Street on the first Saturday between 10.30am 11.30am, and we are particularly keen to hear from local people, so if you have any queries, do please contact us via mobile or email.

near Windmill Hill). There are now new plans for the area bounded by Stafford Street and Little Paradise behind East Street. We think most people agree that the area needs redevelopment; what worries us is that, rather than having a cohesive and joined-up plan for the area, we will end up with a mess of competing schemes and priorities and that much of the possible community benefits will be lost. We really want to hear what you think about this.

We hold a regular monthly advice surgery on the first Friday of every month at Victoria Park Baptist Church, on the corner of Sylvia Avenue and St John’s Lane, 6.30pm - 7.30pm. Surgeries: Various venues - please contact your councillor for surgery times and dates or see above. Contact all councillors by email or telephone. 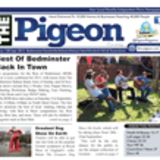