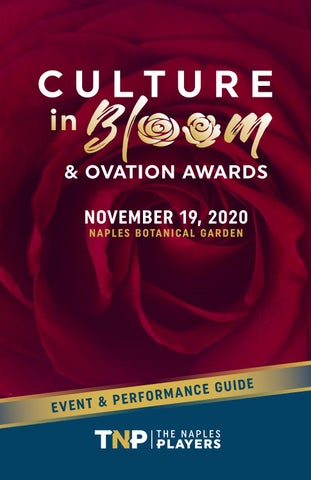 Recognizing outstanding contributions to the arts in our community. Harriet Heithaus

Harriet Heithaus is a local journalist for Naples Daily News covering arts and entertainment in Collier County and beyond. Heithaus was chosen as an honoree for her leadership and continued commitment to ensuring that the local arts and arts organizations are represented in our community; even during these times when many of them remain restricted by COVID-19 safety regulations.

Phil McCabe, CEO and General Manager of The Inn on 5th, is being recognized for his continued partnership and efforts to keep the arts alive in Downtown Naples. McCabeâ&amp;#x20AC;&amp;#x2122;s long-standing commitment to the downtown area harkens all the way back to when The Sugden Community Theatre was built and he generously donated the right-of-way property for the use of the theatre. Currently, McCabe is also providing his property off of 5th Avenue South to host a SPECIAL THANKS season-long drive-in movie series.

Local businessman and President of Lake Michigan Credit Unionâ&amp;#x20AC;&amp;#x2122;s West Florida Region, Tom Ray, was selected for his contribution as a continued sponsor of The Naples Players throughout the pandemic. Ray also served many years as TNP Board Chairman and helped guide the theatre successfully through the implementation of new leadership, programs, and significant growth.

revival of Jesus Christ Superstar in 2012. Prior to organizing Theatre Dreams in 2001 with William Becker, Wilker served 10 years as President of the John F. Kennedy Center for the Performing Arts in Washington, D.C.

Lawrence J. Wilker Lawrence J. Wilker is a Tony Awardwinning, Emmy-winning producer-entertainment executive. As a principal of TheatreDreams he has co-produced Craig Lucas’ Prelude to a Kiss with Mary Louise Parker, Neil Simon’s The Dinner Party, starring Henry Winkler and John Ritter, the smash musical hit, Urinetown, which won three Tony Awards, Stephen Sondheim’s Into the Woods, starring Vanessa Williams, which won the Tony Award for Best Musical Revival in 2002, The Beach Boys’ Good Vibrations in 2005, and the

Wilker brought a new dimension of creative leadership to the Kennedy Center. He revived a PBS series, “Kennedy Center Presents,” and created the “Mark Twain Comedy Awards” on Comedy Central. In association with the American Dance Festival he produced Free To Dance, a miniseries chronicling the African-American contribution to Dance. It won an Emmy Award. He produced the 25th Anniversary celebration of the Kennedy Center that was broadcast on PBS and was nominated for an Emmy. Wilker dramatically expanded the Kennedy Center offerings by presenting/producing jazz, country music, international productions, comedy, and productions aimed at a family audience.

Kennedy Center for the Performing Arts

Prior to the Kennedy Center, Wilker served as President of Playhouse Square Foundation in Cleveland, Ohio where he was responsible for what is still known as the largest theatre restoration project in the world and provided the stimulus for the city’s revival. From 2013-2017, Wilker served as a consultant to the recently opened Dr. Phillips Center for the Performing Arts in Orlando, Florida. He has been involved in all aspects of the operation, but has been instrumental in crafting the artistic programs to ensure they serve the whole community and contributed profitably to the bottom line.

Delaware. Wilker Holds a BA in Economics and an MFA in Theatre from the University of Massachusetts, and a PhD in Theatre from the University of Illinois. He is married to Jill Wilker and has two children, Eric (Senior VP Corporate Synergy, Warner Brothers/AT&amp;T) and Michelle. (Producer of television specials, including Comedy Central Roasts, Stand Up To Cancer and Disneyland’s 60th Anniversary and CNN’s Heroes.) She also an author of Chain Linked (Post Hill Press/Simon &amp; Shuster) and writer of numerous awardwinning short stories and articles.

Over the course of his extensive career, Wilker has either built or renovated 12 theatres, served as Vice President of the Eugene O’Neill Theatre Foundation, a founder of The League of Historic American Theatres and Founder and President of the Grand Opera House in Wilmington,

Kick off the holiday season with a fun and festive event for everyone!

AT THE NAPLES PLAYERS

A holiday favorite for the whole family brought to life on stage.

The arts meets the animals as live performances take over Naples Zoo!

The explosive movie musical bursts onto the stage in Baker Park!

BIOS JamieLynn Bucci is a graduate of the University of Florida and was most recently seen as Maddie in TNP’s production of Making God Laugh. Other select credits include: Peter &amp; the Starcatcher, Charles Ives Take Me Home, These Shining Lives, The Rocky Horror Show, The 39 Steps, and Shout! The Mod Musical. When not performing, she specializes in wig and makeup design (She Kills Monsters) and has worked throughout Italy teaching English through improvisation and theater. She is delighted to be working alongside such an incredible group of artists at TNP! Kylie Campbell is thrilled to be performing again at TNP where she was previously seen in A Midsummer Night’s Dream/Puck, Peter and the Starcatcher/ Prentiss, and She Kills Monsters/Farrah. Acting since age 4, Kylie has performed in numerous KidzAct shows including The Taming of the Shrew/Petruchio, Sister Act/ Sister Mary Theresa, and Fosse/Ensemble.

Amy Hughes is so honored to be a part of tonight’s event! TNP has changed my life, and I am proud to be a part of this crazy family. Previous credits: Mamma Mia!; The Music Man; Sister Act; The Rocky Horror Show; Legally Blonde; and Oklahoma. Thank you to my amazing, supportive husband Jesse Hughes. Jesse Hughes is stoked to be working with such an amazing group of artists. He was last heard as the lead in She Loves Me; as a booth singer in TNP’s Mamma Mia!, and appeared as Sky Masterson in Guys and Dolls. Other past credits include The Music Man, Maple &amp; Vine, These Shining Lives and The Rocky Horror Show. Huge thanks to to his dear friend and gorgeous wife, Amy, for her laughter, love and support.

Pamela Larkin Caruso is from New York but has lived in Florida for the past 21 years with her husband and three children. She is happy to be part of The Naples Players family as our Director of Volunteers and Community Advancement. She holds a BFA in Painting/Drawing with minors in Printmaking and Art History and an MFA in painting with a minor in Printmaking. Her work has been featured in solo, juried, and invitational exhibitions, and extensively in national and international private collections. She is a former recipient of the Liquitex Color Award and Artist Enhancement Grant Award from the State of Florida, Division of Cultural Affairs. Mary Anne McAvoy McKerrow is excited to be working with this talented cast! Past TNP credits include Mamma Mia!, Felicia in I Hate Hamlet, Momma Rose in Gypsy and Madame Thenardier in Les Misérables. Shakespeare in Paradise credits include Mistress Page/ The Merry Wives of Windsor, Lady Macbeth/Macbeth, A Love Story, Katherine/ The Taming of The Shrew and Hippolyta and Titania/A Midsummer Night’s Dream. Mary Anne has been costuming and teaching young actors and actresses of TNP’s KidzAct program since 2005.

Alex Portaro is 18 years old and is a freshman Musical Theatre major at East Carolina University. A recent KidzAct alumna, she was last seen as Sophie in Mamma Mia! Teen at TNP. She is so excited to be a part of this performance while her school is online and she hopes that you enjoy! Michael Santos recently designed the sets for Moana, Bye Bye Birdie, She Loves Me, Escanaba in da Moonlight, Mamma Mia!, Guys and Dolls, and A Midsummer Night’s Dream at TNP. A graduate of Cazenovia College in Upstate New York, where he majored in Visual Communications with a specialization in Commercial Illustration. His first production at The Naples Players was as Tom in A Perfect Wedding. Other notable roles at TNP are: Paul/Barefoot in the Park, Michael/God of Carnage, Edgar/Jane/The Mystery of Irma Vep, Richard/The 39 Steps, and Orcus/She Kills Monsters. Mike co-owns the local comedy troupe Stage 2 Improv with his amazingly talented wife, Judith. He also offers a beginner-level improv class here at TNP.

BIOS David Shaffer is excited to return to The Naples Players. Following his debut performance last year as Nathan Detroit in Guys and Dolls, he went on to work on Making God Laugh. David is thrilled to work with the TNP family once again. When not on stage or at work, David enjoys singing, family time, and streaming TV shows. Mark Vanagas is a Naples Players Life Member and has been involved with the Players since 2002. He is a thespian veteran of 25 onstage performances, and you can see him in the leading role of Itâ&amp;#x20AC;&amp;#x2122;s a Wonderful Life on December 19th in Cambier Park. You have seen him as Dr. Frank-N-Furter in The Rocky Horror Show and Mr. Reed/Leonard Grossman in These Shining Lives. Past costume design credits for TNP include The House of Blue Leaves, The Women of Lockerbie, the ghosts in John Jakes Christmas Carol and co-costume design with his wife Dot Auchmoody for A Little Night Music. For Shakespeare in Paradise, Mark designed the costumes for A Midsummer Nightâ&amp;#x20AC;&amp;#x2122;s Dream. Love and thanks as always to Dot for her love and support and to all the volunteers in the costume shop who make it all happen! 12

Dominic Young is a senior at Gulf Coast High School. Previous roles include: Ren McCormack/ Footloose, Sam Carmichael/ Mamma Mia! Teen, and Billy Flynn/Chicago Teen. He enjoys performing and would like to pursue it as a career. He would also like to thank Dawn and Charles Fornara for all they have taught him and for pushing him to the best of his abilities. Dominic has also received two awards from Broadway Stars of the Future for his role as Link Larkin/Hairspray.

Charles Fornara (Music Director/Conductor) has previously conducted at TNP She Loves Me, Mamma Mia!, Chicago, Sister Act, The Rocky Horror Show, Catch Me If You Can, Legally Blonde, The Spitfire Grill, Les Misérables, All Shook Up, 42nd Street and many, many others, as well as over 20 teen productions for KidzAct. Also in Naples for TheatreZone, he has music directed more than 20 shows including …Drood, Aida, The Secret Garden, Legs Diamond, Sweet Smell of Success, Grand Hotel, Little Women and Hair. Originally from Providence, RI, Chas conducted Jim Steinman and Roman Polanski’s Dance of the Vampires in Stuttgart, and has taught and coached singers all over the US and Germany, now offering private lessons here in Naples. A proud member of Actors’ Equity, he has appeared in almost 100 musicals, operas and concerts, including several appearances here in Naples with TheatreZone, most recently as the title role in Sweeney Todd. Much love to his beautiful wife, Dawn, and these talented performers!

to all of the artists for sharing their talents with us for this event.

THIS HOLIDAY SEASON TNP has a generous $50,000 match on all donations until December 31st thanks to the Jay &amp; Patty Baker Holiday Match Challenge in Memory of Kizzie Baker.

TO HAVE YOUR DONATION DOLLARS MATCHED!

select your amount and donation frequency. Follow the rest of the information for payment, and you&#39;re done!

will get your donation set up over the phone! 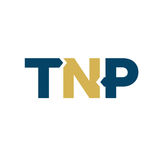 TNP OVATION HONOREES: Recognizing outstanding contributions to the arts in our community. 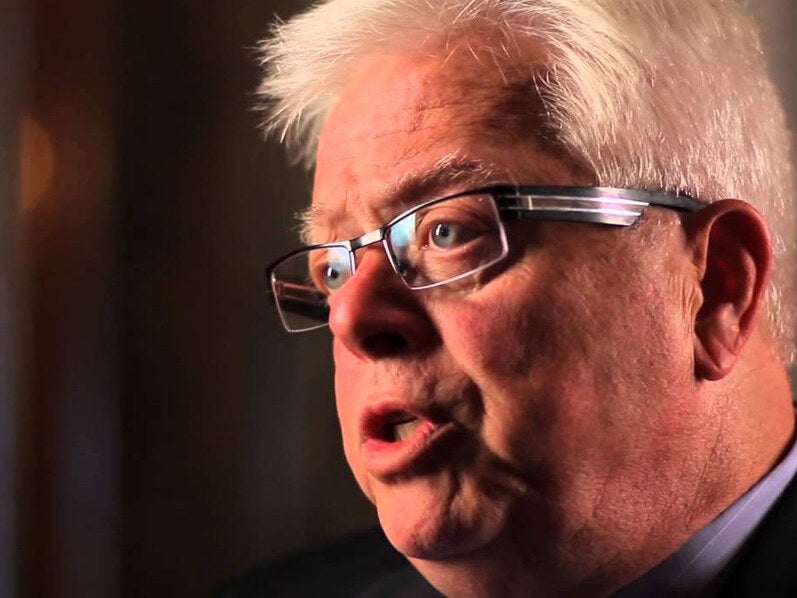 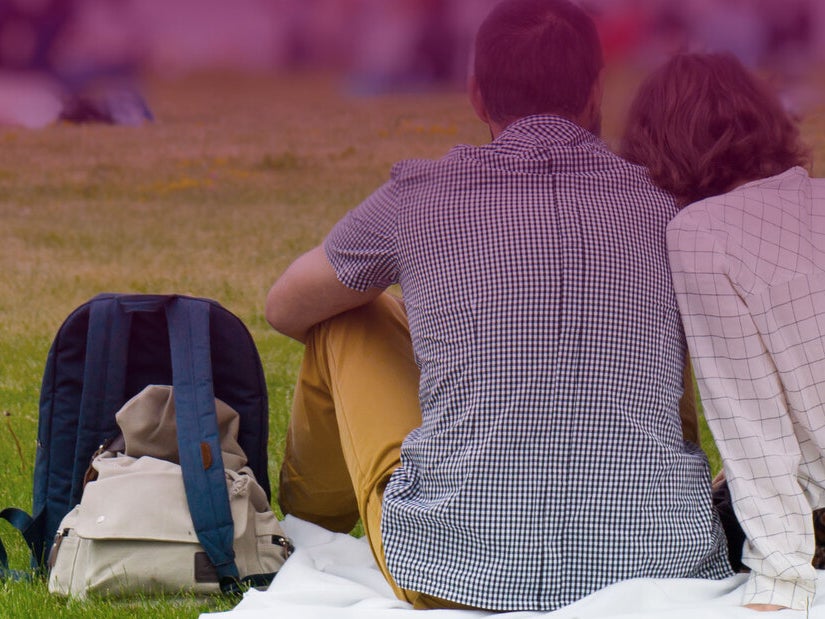 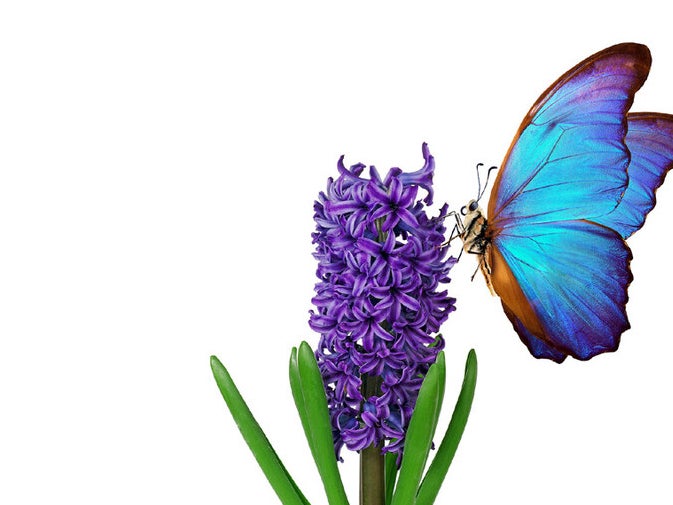 More from The Naples Players