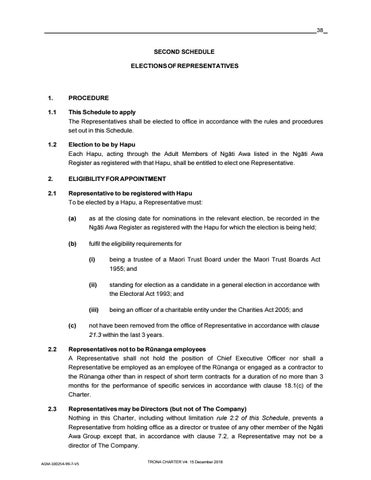 This Schedule to apply The Representatives shall be elected to office in accordance with the rules and procedures set out in this Schedule.

Election to be by Hapu Each Hapu, acting through the Adult Members of Ngāti Awa listed in the Ngāti Awa Register as registered with that Hapu, shall be entitled to elect one Representative.

as at the closing date for nominations in the relevant election, be recorded in the Ngāti Awa Register as registered with the Hapu for which the election is being held;

fulfil the eligibility requirements for (i)

standing for election as a candidate in a general election in accordance with the Electoral Act 1993; and

being an officer of a charitable entity under the Charities Act 2005; and

not have been removed from the office of Representative in accordance with clause 21.3 within the last 3 years.

Representatives not to be Rūnanga employees A Representative shall not hold the position of Chief Executive Officer nor shall a Representative be employed as an employee of the Rūnanga or engaged as a contractor to the Rūnanga other than in respect of short term contracts for a duration of no more than 3 months for the performance of specific services in accordance with clause 18.1(c) of the Charter. 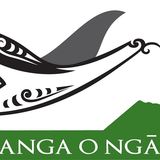