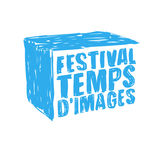 Initiated in 2002 by the ARTE French television channel and La Ferme du Buisson, Temps d’Images expanded gradually at European level through partnerships with 10 cultural operators. Temps d'Images in Romania had its first edition in 2008 and has evolved constantly since then, developing initially as an interdisciplinary platform that supports innovative artistic forms uniting theater, dance and video art. As a member of the European network that bears the same name, the festival has found, in ti