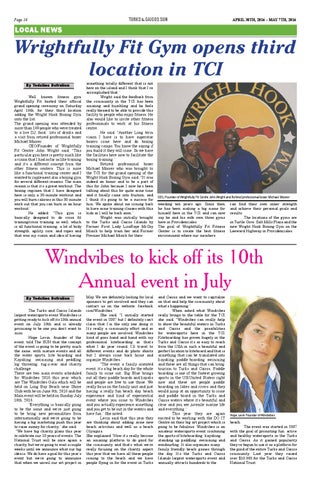 Well known fitness gym Wrightfully Fit hosted their official grand opening ceremony on Saturday April 16th, for their third location adding the Wright Hook Boxing Gym onto the list. The grand opening was attended by more than 100 people who were treated to a live DJ, food, lots of drinks and a visit from retired professional boxer Michael Moorer. CEO/Founder of Wrightfully Fit Centre John Wright said, “This particular gym here is pretty much like a vision that I had as far as like training and it’s a different concept from the other fitness centers. This is more like a functional training center and I wanted to implement also a boxing gym for several different reasons. The main reason is that it’s a great workout. The boxing regimen that I have designed here is only a 30-minute workout and you will burn calories in this 30-minute work out that you can burn in an hour workout.” He added: “This gym is basically designed to do cross fit training/cross training as well, which is all functional training, a lot of body strength, agility, core, and ropes and that was my vision and idea of having

something totally different that is not here on the island and I think that I’ve accomplished that.” Wright said the feedback from the community in the TCI has been amazing and humbling and he feels really blessed to be able to provide this facility to people who enjoy fitness. He also would like to invite other fitness professionals to work at his fitness centre. He said, “Another Long term vision I have is to have superstar boxers come here and do boxing training camps. You know the saying if you build it they will come. So we have the facilities here now to facilitate the boxing training.” Retired professional boxer Michael Moorer who was brought to the TCI for the grand opening of the Wright Hook Boxing Gym said, “It’ was indeed an honor and to be a part of this for John because I now he’s been talking about this for quite some time and it finally came into fruition, and I think it’s going to be a success for him. We spoke about me coming back to have some training classes with this kids so I will be back soon.” Wright was initially brought to the Turks and Caicos Islands by Former First Lady LisaRaye McCoy Misick to help train her and Former Premier Michael Misick for their

CEO/Founder of Wrightfully Fit Centre John Wright and Retired professional boxer Michael Moorer weeding ten years ago. Since then, he has been making a big name for himself here in the TCI and can now say he and his wife own three gyms here in Providenciales. The goal of Wrightfully Fit Fitness Center is to create the best fitness environment where our members

can find their own inner strength and achieve their personal goals and results. The locations of the gyms are in Turtle Cove, Salt Mills Plaza and the new Wright Hook Boxing Gym on the Leeward Highway in Providenciales.

Windvibes to kick off its 10th Annual event in July

The Turks and Caicos Islands largest watersports event Windvibes is getting ready to kick off its 10th annual event on July 10th and is already promising to be one you don’t want to miss. Hope Levin, founder of the event, told The SUN that the concept of the event is going to be pretty much the same, with mature events and all the water sports, kite boarding and Kayaking, swimming and peddling, log throwing, tug-o-war and charity challenge. There are two main events scheduled for Windvibes 2016 this year which are The Windvibes Gala which will be held on Long Bay Beach near Shore Club with be on June 9th, 2016 and the Main event will be held on Sunday July 10th, 2016. "Everything is basically going to be the same and we’re just going to be bring new personalities from internationally and we’re going to be having a big marketing push this year to raise money for charity,” she said. “We have big charity plans this year to celebrate our 10 years of events. The National Trust will be once again a charity, but we’re going to wait a couple weeks until we announce what our big idea is. We do have a goal for this year’s event but we’re going to announce that when we unveil our art project in

May. We are definitely looking for local sponsors to get involved and they can contact us on the website: facebook. com/Windvibes.” She said, “I initially started the event in 2007 but I definitely can’t claim that I’m the only one doing it. It’s really a community effort and so many people are involved. Windvibes kind of goes hand and hand with my professional kiteboarding so that’s what I do year round. I’ll travel to different events and do photo shoots but I always come back home and organize Windvibes.” “The event a family oriented event, it’s a big beach day for the whole family to come out. Big Blue brings out all their paddle boards and kayaks and people are free to use those. We really focus on the family unit and just having a really fun beach day, beach experience and kind of experiential event where you come to Windvibes and you actually experience something and you get to be out in the waters and have fun,” She noted. Levin said that this year they are thinking about adding some new beach activities and well as a beach Olympics. She explained “Now it’s really become an amazing platform to do good for the community and that’s what we’re really focusing on the charity aspect this year that we have all these people coming to the beach and we have people flying in for the event in Turks

and Caicos and we want to capitalize on that and help the community about what’s happening.” When asked what Windvibes really brings to the table for the TCI she said, “Windvibes can really help to show the beautiful waters in Turks and Caicos and the possibilities for watersports here in the TCI. Kiteboarding has grown hugely in the Turks and Caicos it’s so easy to reach from the USA in such a beautiful and perfect location to kiteboard and that is something that can be translated into kayaking, paddle boarding, swimming and these are all things that can bring tourism to Turks and Caicos. Paddle boarding is one of the fastest growing sports in the US(United States) right now and these are people paddle boarding on lakes and rivers and they would jump at an opportunity to come and paddle board in the Turks and Caicos waters where it’s beautiful and clear and you see juvenile marine life and everything.” This year they are again excited to be working with the DO IT Centre on their big art project which is going to be fabulous. Windvibes is an amateur watersports event combining the sports of kiteboarding, kayaking, standing up paddling, swimming and windsurfing. It also organises many family friendly beach games through the day. It’s the Turks and Caicos Islands largest watersports event and annually attracts hundreds to the 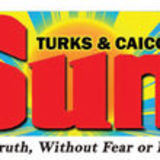