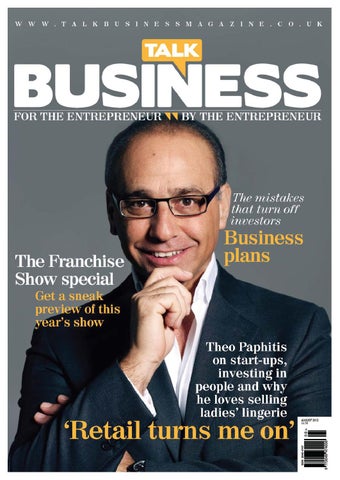 now runs Raw Talent Academy, which aims to provide SMEs and corporate organisations with the vehicle to build internal sales academies into long term staffing plans. It also encourages organisations to look at the wider talent we have in the UK, not just graduates. Lee, who has more than 12 years’ experience working in recruitment and eight years as an employer of sales people, is passionate about giving job seekers an opportunity to earn a career. Oh, and he likes football and rugby too.

author, business mentor, and speaker. During her 20+ year career, she has worked with A-list celebrities and the most influential people in the world, from Michael Buble through to the CEOs of Volkswagen, Deutche Bank and Procter and Gamble. Strong opinions and a determination to restore credibility to an unregulated industry have earned Kimberly the reputation as “The anti-marketing marketer”. Her no-nonsense approach has helped thousands of businesses succeed and left countless marketers shaking in their boots.

Rich With has worked in a design environment since leaving college. After spending time in editorial, print and web design, he began freelancing at agencies in both London and the Caribbean. He set up his own studio – Hoot Creative – last year. Based near Southend, he works with MDs of established and start-up SMEs who have a problem getting noticed in an overcrowded market. Rich likes Massive Attack, Jeff Buckley, smoothies, photography and wine-gums. He is not fond of Brussels sprouts. You can follow him on Twitter @Rich_Hoot.

Carly Ward has been employed in many different jobs during

the course of her 22 years, from a bar tender to a beautician – but from a young age she realised working for somebody else wasn’t for her. After leaving college and knowing she wanted to set up her own business, she started to look for resources to help her. On her travels she found a gap in the market and realised that there wasn’t enough help out there for young entrepreneurs, so she created a programme helping young people to learn entrepreneurial, personal development and life skills.

Focus on success TAKE ONE COMPANY

In just six years, Little Dish has grown from nothing into a business which feeds 100,000 children every week. Co-founder Hillary Graves dishes the dirt on getting her ready meals for toddlers into supermarkets nationwide

I “Ensure your offering is something people always need and want”

f you’ve ever looked after kids, whether your own or someone else’s, you’ll have experienced that sinking feeling when dinner time rolls around yet again…the cupboard may not be bare as such, but your inspiration has certainly run dry. Hillary Graves knew that feeling all too well; trying to cater for her nieces and nephews on a regular basis, and with a little one on the way herself, she had her light bulb moment when she realised that there was a very obvious gap in the market. ‘No one was making fresh, healthy food for kids. There was lots of baby food; the

6-to-12 month-old age group was very well catered for. But once children became one, there was nothing out there. I got very excited about that.’ The idea was to create meals for toddlers that replicated what mothers would make at home in their own kitchens – the dishes needed to have a comforting, homemade feel. ‘We very much believed kids should be eating what you eat, but it’s sometimes harder in practice – they eat at different times, and when they’re aged one, aged two, they shouldn’t be having any salt.’ Hence the Little Dish collection contains no added

salt or sugar in any of its 12-strong range of meals – and they can all be heated up in a matter of minutes. All pretty straightforward thus far. It was never going to be easy to get into the supermarkets though – trying to convince the big four to put their trust in you, as an unknown, untested start-up brand, is a task that requires boundless determination and self-belief. ‘Mothers did want to buy something like this, but it didn’t exist yet: the category didn’t exist before Little Dish,’ says Hillary. The business’ strongest selling point was also the very thing that made it a risky proposition for the leading supermarkets.

“It all seemed so easy, I was off to the races – but no! I was still a full-time lawyer”

amily Bhive was launched three and a half years ago as an online marketing platform for the businesses which serve the ultra-high net worth community. It is designed to target this hard-to-reach audience. As a private client lawyer for over 25 years, this was a community with which I was familiar. Death and taxes – my forte – is not a particularly compelling sales pitch. ‘Roll up, roll up, prepare to meet your maker!’ is unlikely to get the ultra-high net worth community queuing around the block. I struck lucky early in my career with marketing. I was asked to contribute to the Financial Times on trusts and tax. Although I submitted some ten articles a year for two years with absolutely no response, in time my articles began to be noticed and my name known. They moved from the bottom of page four to the top of page three with a cartoon. Soon thereafter, work began to trickle in. From then on my reputation as a knowledgeable private

client lawyer grew and work began to build up. My next lucky break came when I was made head of the group at City law firm, Simmons & Simmons. I wanted to distinguish my group from the competition. There were lots of lawyers who were good at advising on tax and on distribution of assets on death, but little was being done on the succession of power and decision-making, in particular with regard to offshore trustees. It was an issue of great concern to many of my clients. Over the next few years I worked on this new area of law which I called “family governance” and joined the lecture circuit to promote it around the globe. This led to my acting for some of the wealthiest families in the world, culminating in the proposal and drafting of the Bahamas Executive Entity Act, which

became law in December 2011. In the same year, I was named one of the top five private client lawyers by The Lawyer. But by this stage I was keen to solve a more intractable problem. How does a private client lawyer – or indeed anyone in the wealth advisory sector – find and win new clients, assuming they are not able to write in the FT or discover a new area of law? Everyone I spoke to, whether the Family Office or the wealth owner personally, wanted all luxury products and wealth advisers to be on one platform, which I called a constellation. They all wanted a range of expert opinions, an array of luxury brands and a calendar of exclusive events where they could meet people of like mind and wealth.

Ring the changes From lawyer to online marketing entrepreneur, Caroline Garnham tells TB how she made an about-turn career change to start her platform targeted at the ultra-high net worth community

Don’t hang out with the naughty kids…

“Turn up the radio, open the window to get some fresh air in and perhaps even throw a few shapes”

In the last month I’ve been to a lot of seminars and exhibitions listening to the great and good pontificate about how you should build your brand. While these have some benefit, they all focused on the theory, and I was left wishing one of them had said something that’s applicable in the real world. So if they won’t do it, I will. Here’s eight tips to get your brand kick-started:

1. Turn off the email

What’s the first thing you do every morning when you get into the office? Is it check

your emails, messages and Facebook? Well don’t. Spend an hour or so marketing your brand, coming up with clear and defined goals and strategies that will help you sell your stuff. Don’t let anything disturb you – first thing in the morning should be your most productive time.

One of the best ways to keep in touch with your clients is to produce a regular newsletter. You need to show expertise in your area, so a four-page A4 newsletter should have a good mix of advice and information. It should educate as well as engage, so don’t fill it with fluff about your pet dog, but don’t fill it with dull stats either.

3. Invest in good tea or coffee You drink the stuff all day so make sure you enjoy it.

4. Don’t hang out with the naughty kids

When you were a child your Dad would tell you: ‘Steer clear of that lot son – they’re trouble’, and he was right. The same thing applies to business – if you interact with the doommongers, their negativity will have a direct effect on your business psychology.

If it’s 3pm on a wet Wednesday and everyone’s flagging, have a group coffee break. Turn up the radio, open the window and perhaps even throw a few shapes (or at least prise yourself out of your chair).

Recharge the batteries and finish the day uplifted.

6. Take the staff to lunch

It doesn’t have to be the exclusive bistro, but by getting out of the office onto more neutral ground, you can use the lunch break to pitch ideas to them, get them to brainstorm, or think through a promotion or marketing scheme. Wise entrepreneurs employ people smarter than they are, so give your staff a chance to shine.

Whether it’s adding some freebies to their order, upgrading their delivery, or sending them flowers because you messed up their account, every day go out of the way to do something memorable for one of your clients. Brand success is often about doing something that no one else will do.

If you work in a B2B industry and you think your brand must be conservative and straightlaced, think again. It’s often thought that we need to be like all the other firms to help breed familiarity with our customers, but it’s a dangerous long-term strategy for your brand. You have to find your own voice; don’t disappear into the sea of greyness that is everyone else. Your brand is powerful. Use it wisely. Contact: www.gohoot.co.uk

NOW TALK BUSINESS THE FINAL PIECE OF THE PUZZLE

Taking an open and honest look at the fight that entrepreneurs face to reach their success, Talk Business is bursting with inspiration, tips and advice to assist those battling through the day-to-day struggles of the current climate. 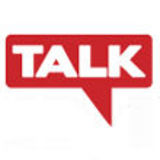