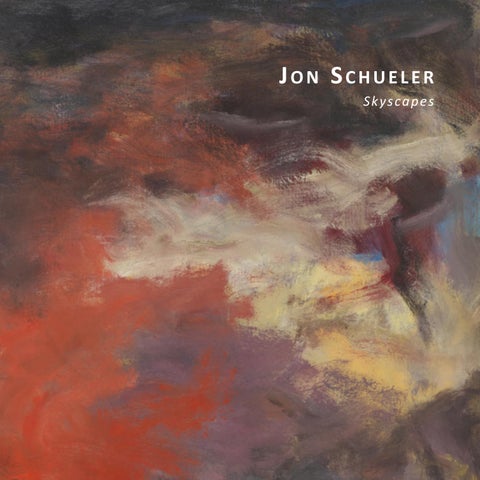 J O N S C H U E L E R (1916‐1992) Skyscapes Paintings and works on paper from the estate of the artist All works may be viewed online at www.waterhousedodd.com/jon­schueler and are available for purchase on receipt of this catalogue.

18th June ‐ 12th July 2019 We are grateful to Diana Ewer of Diana Ewer Art Advisory for her assistance in facilitating this exhibition.

Jon Schueler: Skyscapes For Jon Schueler, the sky was a conveyor of all things from life and death to love and fear. Schueler’s intense focus on the sky began as a boy in Milwaukee, Wisconsin, where he was born in 1916. This fascination deepened during his time in active service and ultimately led him to the Highlands of Scotland where he discovered the perfect landscape to inspire his pursuit of the Sublime. His skyscapes exist on the border between figuration and abstraction, being at once wholly recognisable as the skies above the Sound of Sleat, yet at the same time expressing an emotional and psychological gravity. This careful balance gave him a unique position within the Abstract Expressionist milieu with which he was so closely associated. Early memories of the horizon meeting the waters of Lake Michigan and of witnessing the storms rolling across the panorama were formative influences. The notion, espoused by Schueler in later years, of the night sky with its “all­encompassing void of darkness” can be traced back to the loss of the artist’s mother when he was only 6 months old. It is an early example of the artist searching for meaning by looking beyond what is purely evident. Schueler’s captivation with the sky was heightened during the Second World War when he was a navigator in the US Army Air Force. From his exposed position in the plexiglass nose of a B‐17 bomber, Schueler witnessed the skies over Europe desecrated by fire and smoke as well as the beauty of the mountains, land and horizon as seen from the sky. He later wrote that “there in combat the sky held all things: life, death, fear and joy and love. It was storm, enemy, friend.” Schueler was haunted by what he saw and racked with survivor’s guilt in the face of huge losses to his squadron (he was one of only two from the crew of Bad Check who returned home). He was discharged in 1944 on medical grounds, suffering what would now be diagnosed as Post Traumatic Stress Disorder. For Schueler, the sky had become a place of inextricable beauty and loss. He later commented that his skyscapes were imagined and realised as if he were still airborne rather than rooted to the ground.

Schueler enrolled full‐time at the California School of Fine Arts in 1949 where he studied under Clyfford Still. In 1951, encouraged by Still, he moved to New York and immersed himself in the world of the Abstract Expressionists. His work was well‐received by critics and he had two solo exhibitions with Leo Castelli in 1957 and 1959. However the intense urban environment of New York did not provide the artist with the stimulus he felt he needed and he dreamt of finding a specifically northern landscape with dominating skies and wide expanses. Bunty Challis, with whom he had a brief relationship with in London during the war, had regaled Schueler with stories of the magnificent Scottish landscape, but he was prevented by familial and financial reasons from seeing these vistas for himself until September 1957. As he approached Mallaig for the first time he saw the massive forms of the islands of Eigg, Muck, Rhum and the Southern tip of the Isle of Skye emerging across the sea “glowering in this kind of wild light” and he was instantly captivated. He found that the skyscape over the Sound of Sleat was vast and changed rapidly; clouds and storms engulfed and then passed over the horizon, with rays of sunlight intermittently piercing the expanse. Schueler altered his technique to adequately render the ephemeral beauty he witnessed. During his early career he had applied oil paint with a palette knife in a style indebted to his mentor, Clyfford Still. This impasto technique gave way to a more sensitive modelling of colour to capture the soft diffusions of light through clouds. To achieve these very particular atmospheric effects, Schueler turned to the work of J.M.W. Turner, whose work he first encountered as a student. He studied Turner’s painting and watercolours in London in 1958, learning techniques of layered coloured glazes and how to anchor a composition with the mere suggestion of a horizon or cloud. Schueler believed that Turner had gone further than any other painter in emulating the effects and sensations of nature, and in doing so, transcended his medium to become an extension of nature itself. In acknowledging the influence of Turner on his work, Schueler considered himself to be rebelling against the tenets of Abstract Expressionism, a movement which denied derivation.

Schueler described his painting as the “rending of a veil,” an attempt to reveal fundamental human truths through meditation on his skyscapes. He described this search as a profound impulse to confront truths about life, whether that meant humanity, love, loneliness or eternity. Schueler desired that his search would ultimately break through figuration to grasp at a fundamental universality. This pursuit aligns him with Abstract Expressionism but he questioned the obstinacy with which other Abstract Expressionists embraced non‐objectivity as the prerequisite of freedom of thought and expression. Jack Baur, Director of the Whitney Museum of American Art, New York, (where Schueler had a solo exhibition in 1975) wrote: “Jon Schueler has walked a difficult path between opposites. His paintings look abstract but are not. The character of the Scottish coast, where he lives, speaks through these poetic canvases with remarkable clarity and exactness… And yet these are basically abstract pictures, not unrelated to the work of Mark Rothko or some of Clyfford Still’s big canvases. They have that kind of largeness, mystery and power. They strike a more precarious balance between observation and abstract form… Schueler’s solution is more difficult because it is less obvious. He risks more by deliberately exploring a narrow area where nothing is secure, where everything is changing, evanescent, and evocative. We see his paintings one minute as clouds and sea and islands, the next as swirling arrangements of pure colour and light.” In the same year as his solo show at the Whitney Museum, Schueler was part of a three‐man exhibition, alongside Milton Avery and Mark Rothko, at the Cleveland Museum of Art. Titled ‘Landscapes, Interior and Exterior’ Schueler’s skyscapes were described as sensorial expressions of inner experiences compared to Rothko’s suggestion of introspective space through meditation on form.

Schueler’s skyscapes capture the subtleties and moods of atmosphere so skilfully that his paintings become extensions of nature. However, at the same time they move beyond figurative painting in that they express psychological and metaphysical complexities. This paradox was expressed in a conversation held with his then dealer, Ben Heller, while looking at the Isle of Skye over the Sound of Sleat: “We sat and rested awhile. ‘What people don’t realise,’ he said, ‘is that your work is completely abstract.’ I nodded. ‘And then what they don’t realise is that your work is absolutely real.’ ‘That’s it, Ben,’ I said. ‘That’s exactly it. That’s what I want. The abstract is real and the real is abstract.’ It’s right in front of you. Right in front of your eyes. That’s where the mystery is. That’s where the truth lies.”

Schueler quotes from ‘The Sound of Sleat: A Painter’s Life by Jon Schueler’, edited by Magda Salvesen and Diane Cousineau, Picador USA 1999

JON SCHUELER 1916 Born in Milwaukee, Wisconsin 1938 BA in Economics at University of Wisconsin, WI 1940 MA in English Literature at University of Wisconsin, WI 1941 Enlists in the US Army Air Force as a B‐17 Bomber navigator 1949 Enrols at the California School of Fine Arts 1951 Moves to New York and becomes immersed in the Abstract Expressionist milieu 1957 Visits Mallaig in Western Scotland for the first time 1970‐75 Lives and works in Mallaig full‐time (after which time he maintained studios in New York and Mallaig) 1992 Dies in New York on 5th August 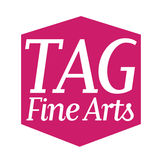