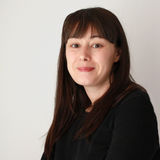 I have been working as a cultural journalist since 1998, writing mainly about design, trends and architecture. One of my latest projects has been to work in London for two years as deputy editor at Houzz.es magazine, taking part in the launch of this international digital platform in Spain. Previously and for 12 years, I contributed as an editor-at-large to the Sunday magazine of the Spanish national newspapers El País and El Mundo, magazines such as Neo2, Surface, Citizen K, Elle, Diseñart and Visual among many others and the blog DiarioDESIGN. Before establishing as a freelance in 2003, I was in charge of several publications such as the design magazine Experimenta and the supplements division of the now defunct Las Noticias newspaper. Moreover, I’m the author of the book ‘Cutting-Edge Spanish Crafts’ published in 2011 by Lunwerg, that eventually turned into an international touring exhibition. I also work as a design curator and consultant.