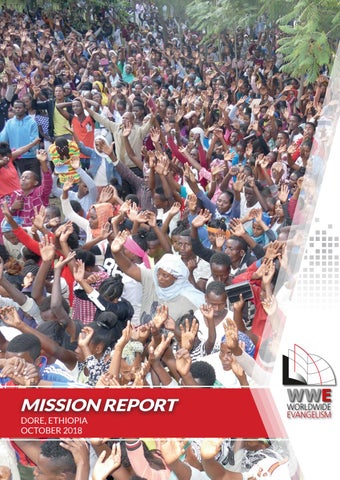 „NOT BY MIGHT NOR BY POWER, BUT BY MY SPIRIT, SAYS THE LORD ALMIGHTY“ ZECHARIAH 4:6

Dear Friends, From 19 to 23 September we had another evangelistic outreach in the village of Dore in Ethiopia. It is a remote place and this was the first joint evangelistic outreach by the local churches. It took us an hour to drive to Dore from the hotel, although it was a distance of only about 20 km (12 miles). There was a great hunger for the word of God and many people flocked to the meetings. Many responded to the altar call and gave their lives to Jesus. Many experienced healing and a large group of people received the Holy Spirit on the last day. Numerous people were set free from evil spirits. Jesus said these signs would follow those who believe: “In my name they will drive out demons; they will speak in new tongues. They will place their hands on sick people, and they will get well” (Mark 16:17-18). Paul said: “My message and my preaching were not with wise and persuasive words, but with a demonstration of the Spirit’s power, so that your faith might not rest on human wisdom, but on God’s power” (1 Cor 2:4–5). The anointing and power of the Holy Spirit break the yoke of unbelief, the yoke of disease and the yoke of demonic bondage.

Her eyes were short-sighted and she had no strength in her hands. She is testifying to her healing.

For 10 years she had had an open, painful ulcer. It has disappeared.

One side of the body had been paralyzed for a year.

For 8 years he had had something like epileptic fits â&amp;#x20AC;&amp;#x201C; he was set free from evil spirits and is healed.

Her right eye was almost blind. Now she can see clearly.

One eye had been blind for 3 years. Now she can see again.

She had growths on her neck that disappeared.

„what things soever you desire, when ye pray, believe that you have received them, and you shall have them.“

I had been struggling with Mark 11:24 for a long time, but I still wasn’t any better. I told the Lord, “You said when You were on earth that ‘what things soever you desire, when you pray, believe that you have received them, and you shall have them.’ I desire to be healed, and I believe. If You were to stand here in my room and I could see You with my physical eyes and take ahold of your hand, and if You were to tell me my trouble is that I’m not believing, I would have to say that isn’t true. I am believing.” Then a voice on the inside of me spoke so clearly it seemed as if someone had spoken audibly: “Yes, you are believing as far as you know, but the last clause of that verse says, ‘and you shall have them.’” I believed as much as I knew how to believe, but I didn’t know enough. A person cannot pray to get faith. The Bible says that faith comes “…by hearing, and hearing by the Word of God” (Rom. 10:17). We need knowledge of the Word. When this light of knowledge from the Word comes, faith is automatically there. In this moment, I saw exactly what that verse in Mark 11:24 meant. Until then I was going to wait until I was actually healed before I believed I had received my healing. I was looking at my body and testing my heartbeat to see if I had been healed. But I saw that the verse says you have to believe when you pray. The having comes after the believing. I had been reversing it. I was trying to have first and then believe second. That is what most people do.

“Certainly you are, because you said you are healed and you’re not.” “I didn’t say that I am healed because I feel like it,” I stated. “I’m healed because I believe it. And, devil, if you say I am not then you are a liar. I am acting on the Word of God. If I am not healed, then Jesus is a liar. Go argue with God about it; don’t fuss with me.” With this, the devil left me alone. Then I said, “Thank God, I’m healed.” I lifted my hands and praised God. Momentarily, I started to feel my heart to see if it was beating normally, but I caught myself and stated that I wasn’t going by feelings but by faith. I kept saying that my heart was well, I praised the Lord in this manner for about 10 minutes.

UP AND OUT OF BED! Then the Holy Spirit spoke as an inner witness on the inside of me and said, “You believe you are healed. If you are healed, then you should be up and out of that bed. Well people are up at 10:00 in the morning.” I felt this was right, so I pushed myself up to a sitting position with my hands. Then I reached down, got hold of my feet, and swung them around to the side of the bed. I couldn’t feel them, but I could see them. Then I said that I was going to stand and walk. The devil fought me every inch of the way. He kept telling me that I was a fool. Of course I couldn’t walk, he told me over and over again. (As long as the devil can keep us in the sense realm, he will defeat us. But if we will stay in the faith realm, we will defeat him!) I got ahold of the bedpost and pulled myself up to a standing position. The room started spinning, for I had been in this bed for 16 months. I closed my eyes, wrapped my arms around the bedpost, and stood there for a few minutes. Finally I opened my eyes and everything had stopped spinning. I declared I was healed and I was going to walk. Feeling began to return to my legs! It seemed as if two million pins were pricking me because the nerves were being reactivated. I rejoiced because it was so wonderful to have feeling back in those lifeless legs, in spite of the painful prickling sensation. After a short time, the pain left and I felt normal. Determined now more than ever to walk, I held onto the bedpost and cautiously took a step. Then I took another. Holding onto pieces of furniture, I managed to walk around the room one time. I told no one of this, but the next morning I got up and did the same thing. That night I asked my mother to bring me some clothes because I was going to get up and go to the breakfast table the next morning. She was shocked, but she did as I asked. On the third morning I got out of bed, dresses myself, walked into the kitchen, and joined my family at the breakfast table. And I’ve been doing it ever since. 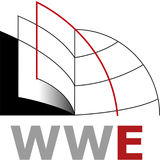