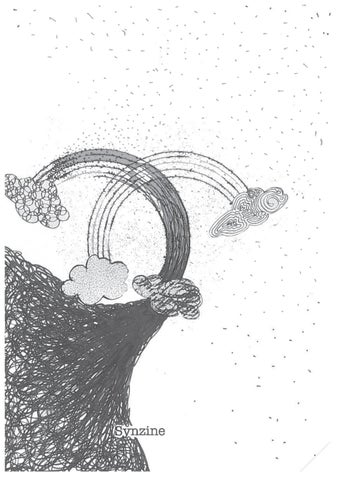 FINISH! You won the bike race! If you roll a six during your turn, you can still conduct!

Play 1 note as many ways as possible.

Play in your lowest register.

Play and loop a melody.

Imitate the person closest in age.

Play contrasting gestures to others.

Play and loop a melody.

Imitate the person on your right.

Play contrasting gestures to others.

Imitate the person on your left.

Hocket with people around you.

START! Roll a die: If even, then tune, if odd, de-tune. Play 1 note as many ways as possible.

For any number of participants / performers! Required: a multimedia device of any kind (laptop, iPad, smartphone), connected to the internet (that can stream a YouTube video).!

Look for a speech of President D. Trump on YouTube. It need to have a clear display his face while speaking (suggestion: look in President Trump News YouTube channel: ! https://www.youtube.com/user/MrLegioner78).!

Mute the sound completely, and play the video at extreme slow (0.25X) or fast (2X) speed. Remark: the YouTube phone app does not have that feature, you will have to play it using a different app, e.g., BSplayer).!

Focusing on Mr. Trumps’ lips, use your voice to “dub” the muted video: use only only unvoiced consonants (s, ch, p, t, f, etc.), or other unvoiced sounds (whispering and air sounds, lips/tongue noises and clicks, etc.). Try to keep the synchronization between the sounds and the video’s facial expressions as tight as possible, but always with a great variety of sounds (think: free improvisation, or the crazy sounds of an amazonian rainforest). In between the phrases, produce a high pitch noise, by sucking the air in through your lips and / or teeth. This needs to be a voiced sound, of which the tone can vary.

Try to create a vocalisation which is: A) continuous (constantly making sound, alternating between exhaling / inhaling); B) virtuosic (an impressive variety of sounds, yet accurately linked to the president’s mouth movements); C) and ﬁnally, aim for a result which is as funny as possible. If the video also includes Trump’s hand movements, you may imitate them as well, or just choose to enhance your performance by inventing your own hand gestures.!

FAKE NEWS | STAY TUNED can played in solitude, or in the company of two, enjoying a lazy Saturday evening with your beloved partner, or with a group of friends over a cold beer. !

Finally, this game-piece can be also performed in a public concert. The audience needs to get a clear view both of the video (directly on the multimedia device, or projected separately), and of the performer’s face. If more than one person is performing, each performer dubs a different video, and all are playing simultaneously.!

This composition is written for any number of singers - including solo voice, duos, trios, choir and choirs - or for any number of singing performers, musicians and people. At first, choose 10 pearls from the catalog above according to your visual taste and after make your own score according to that choice. Each picture of pearl has own musical material written in the list below. -

Write your 10 materials down and sing one by one according to the explanations. The performers start at the same time. The piece ends when the last player is finished.

Explanations: A - sing in your highest range on vocal “A” SS - two soft whistles P - noise of a letter P T - noise of a letter T number of a pearl - speech (pronounce the numbers, for example 19 = “one”, “nine”) numbers between A - A = silence in seconds (use stopwatch) Each action should last one second (except of the silences). Terms like softly or smooth represent expression as well as dynamics.

The Ridge Trigger/ The game is for at least 4 players and is rooted in a text by Ori Shechter:

White pyramid, sloped grate, wing by a cranny dive. Dish, ripple, punctured front, brown stick, beige hide. Pointy thing, blue field, rough sword, smallish house, ball on box, round tank, a pipe and two cranes above. To play the game please go to: https://play.google.com/store/apps/details?id=com. soundtrig.app.soundtrigger and download the app Each player should decide in advance to which group s/he belongs to and choose a “sound-group”. The group reads the text together very very slowly. Every time a letter from the player’s sound-group is pronounces-s/he should press the red button.

I moved the coffee table closer to the sofa 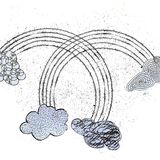