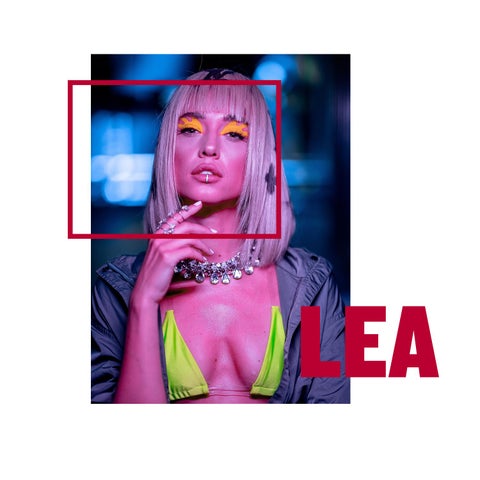 Lea started playing the piano at the early age of 9. She also finished the Music Academy. Altho she learned about Bach and Chopin, she grew up listening to Biggie, 2pac and Aaliyah. Her love for old school rap and RnB led to her deejaying. She wanted to continue the legacy and to spin it for the “new kids”. She co-founded the party “Cherry on top” in which she deejays with her more experienced college Dj Ike. This party quickly became one of the hottest parties in Belgrade. In Lea’s first year of deejaying she played at Exit festival b2b with Last95. She was the fist person to ever deejay at the court during F4 basketball game between Crvena zvezda and Fenerbahce. Lea played in Milano at “The club” during fashion week and at “Byblos” during design week. On multiple occasions she also played at one of the best hip hop clubs “vie I pee” (Vienna). She played as a worm-up DJ for Roddy Ricch at Studio 23 (Miami, USA). Lea is brand ambassador for Reebok and many cosmetics brands such as: L’Oréal, Nyx, Urban Decay, Vichy, Lancome. She has Deejayed at AMG Mercedes and Icon magazine event at Ibiza. Along with the previously mentioned, Lea has at least three standing residences per season in Belgrade. (Freestyler, Hot Mess, Hype, Dot)

FESTIVALS She is also a regional star that has played at many recognizable festivals in Eastern Europe, such as Exit Festival, Foam Fest, Open Minded, Tanderbal.

CHERRY ON TOP CHERRY ON TOP IS A WELL KNOWN RNB PARTY. Co-founded few years ago by Belgrade’s finest DJ Lea and and DJ Ike. Cherry is a type of party where a dance cypher can happen at any time, where people interact with each other even if they don’t know each other and where you come as a guest but stay as family.