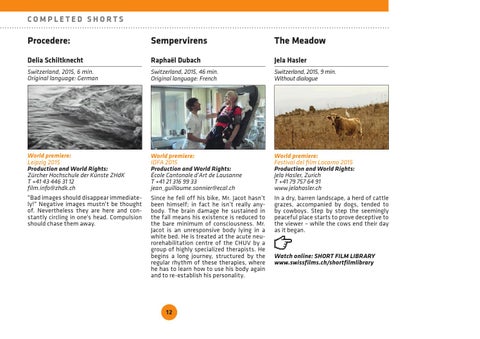 "Bad images should disappear immediate­ ly!" Negative images mustn't be thought of. Nevertheless they are here and con­ stantly circling in one's head. Compulsion should chase them away.

Since he fell off his bike, Mr. Jacot hasn’t been himself; in fact he isn’t really any­ body. The brain damage he sustained in the fall means his existence is reduced to the bare minimum of consciousness. Mr. Jacot is an unresponsive body lying in a white bed. He is treated at the acute neu­ rorehabilitation centre of the CHUV by a group of highly specialized therapists. He begins a long journey, structured by the regular rhythm of these therapies, where he has to learn how to use his body again and to re-establish his personality.

In a dry, barren landscape, a herd of cattle grazes, accompanied by dogs, tended to by cowboys. Step by step the seemingly peaceful place starts to prove deceptive to the viewer – while the cows end their day as it began. 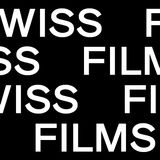