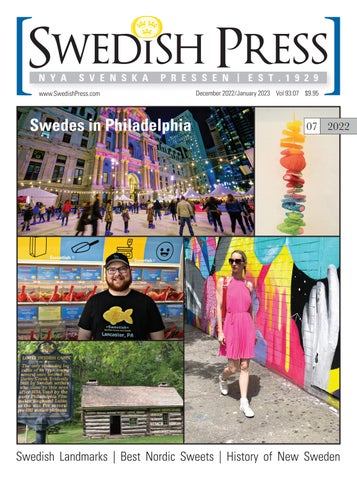 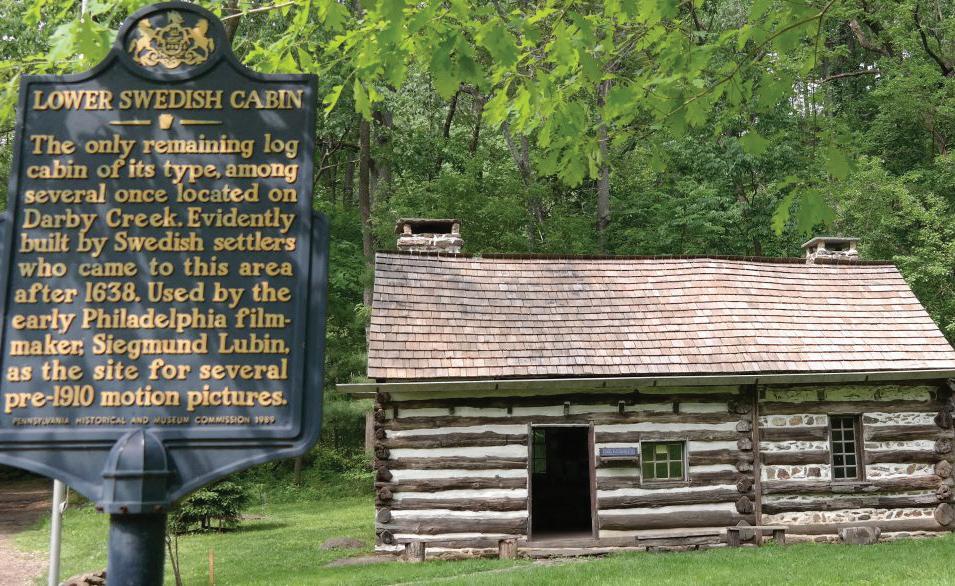 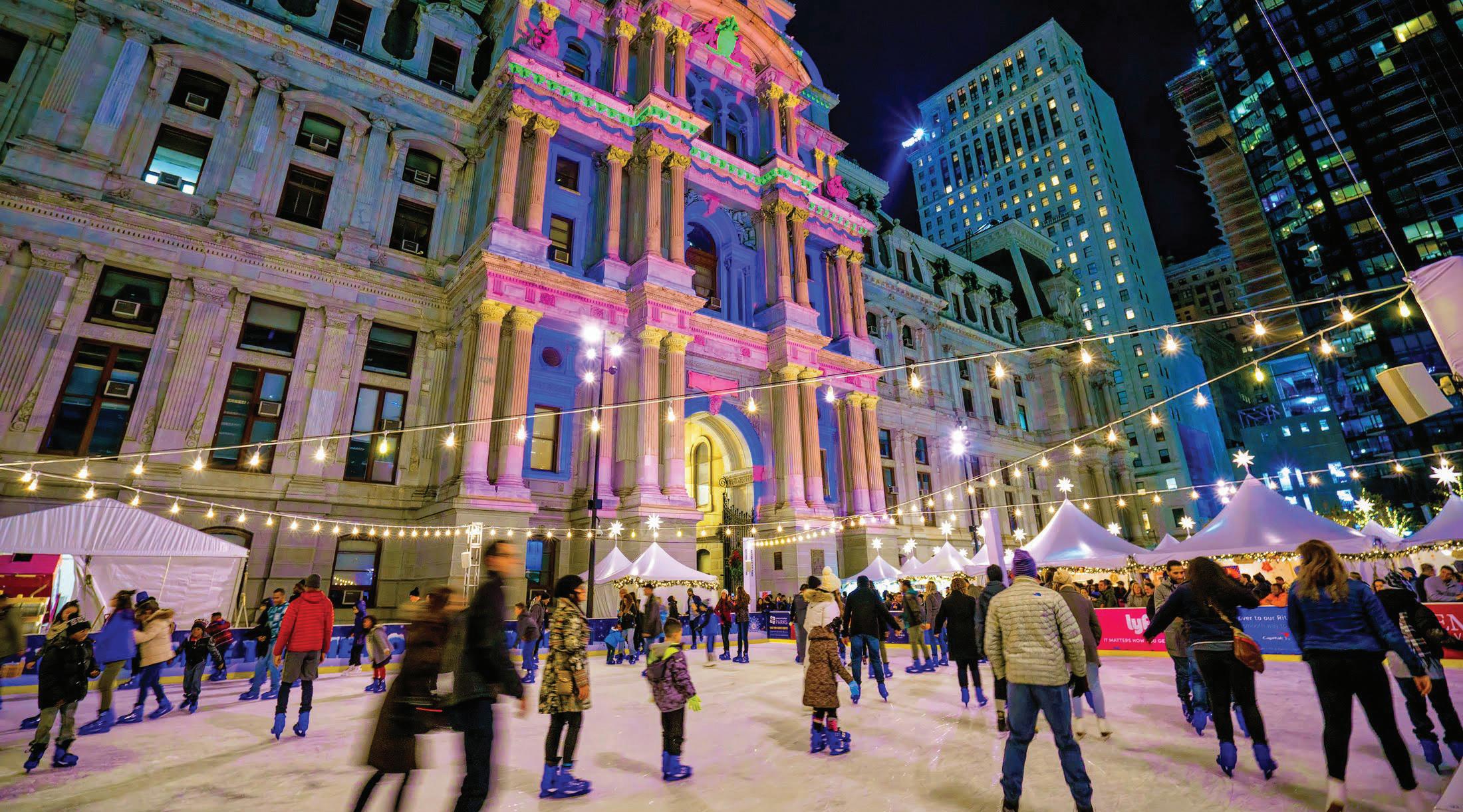 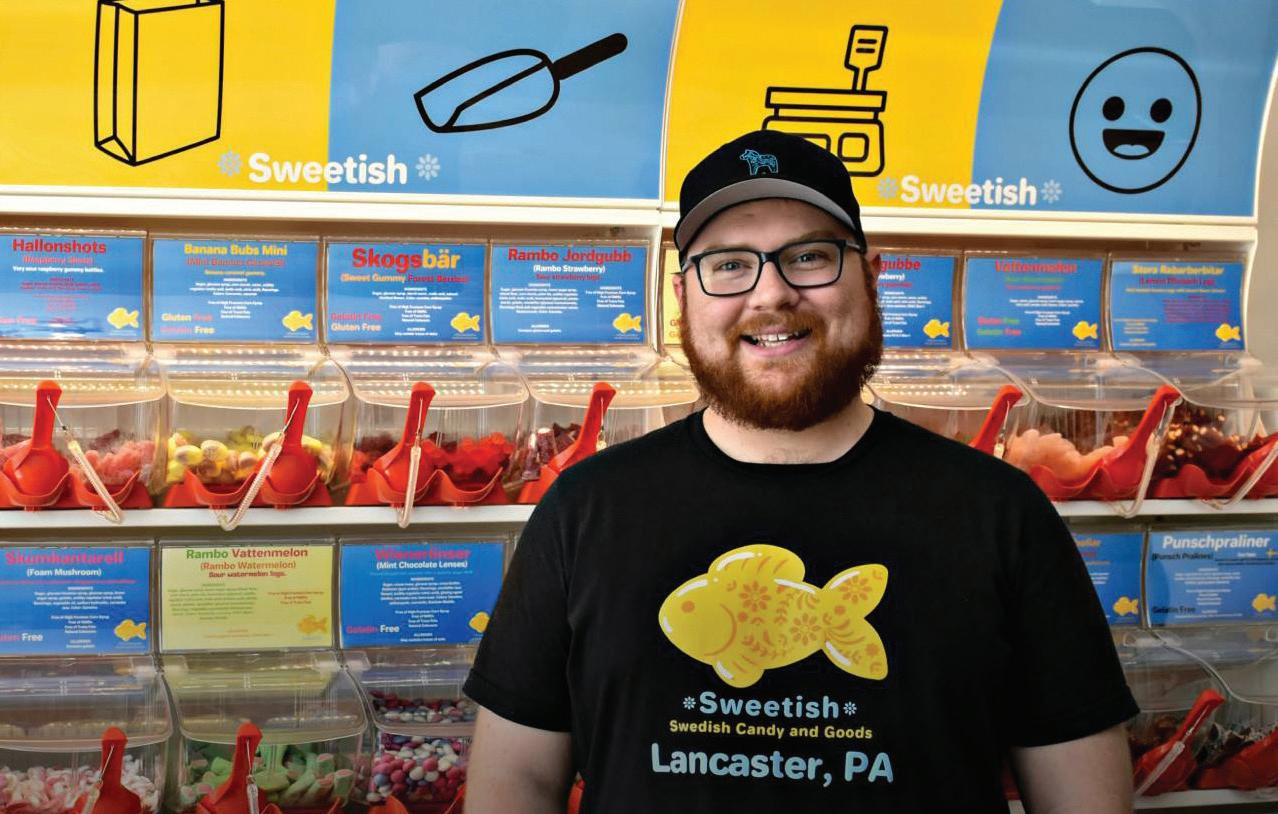 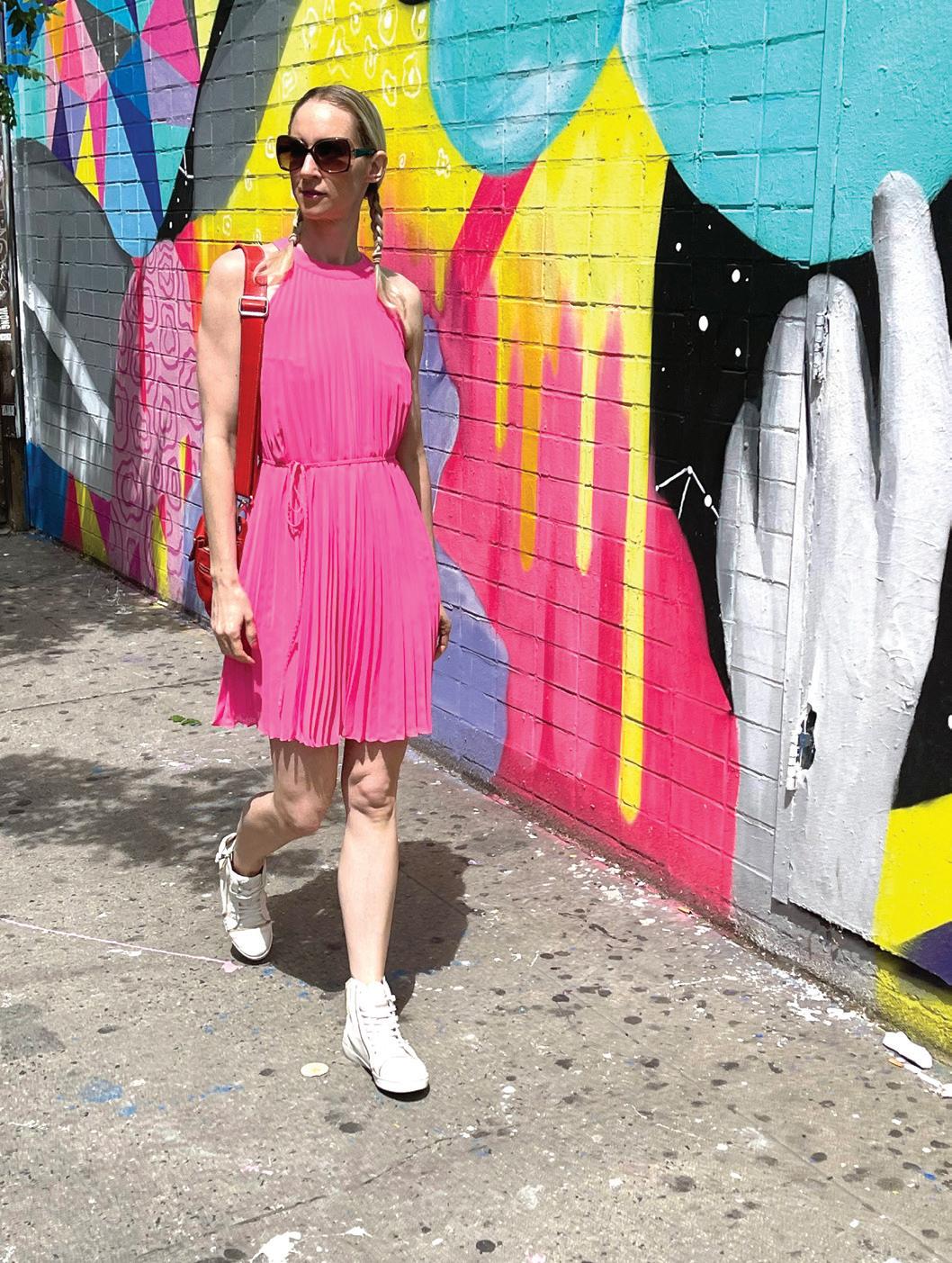 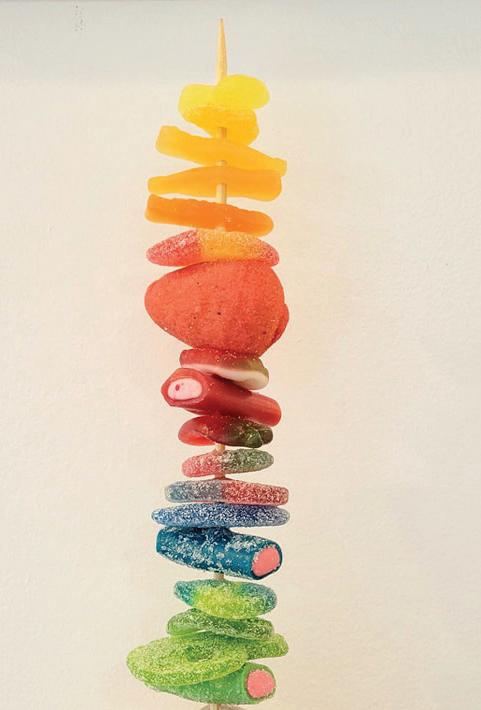 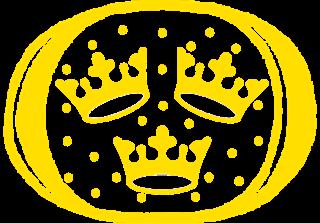 The New Sweden Colony (1638-1655) was Sweden’s short-lived effort to claim a stake in colonial America. After its fall, the Swedish and Finnish colonists remained as the majority population in Delaware, Southeastern Pennsylvania and South ern New Jersey under Dutch and English rulers. They lived with a considerable degree of self government until the arrival of William Penn and several thousand English Quakers which put an end to the “Swedish Nation on the Delaware”. 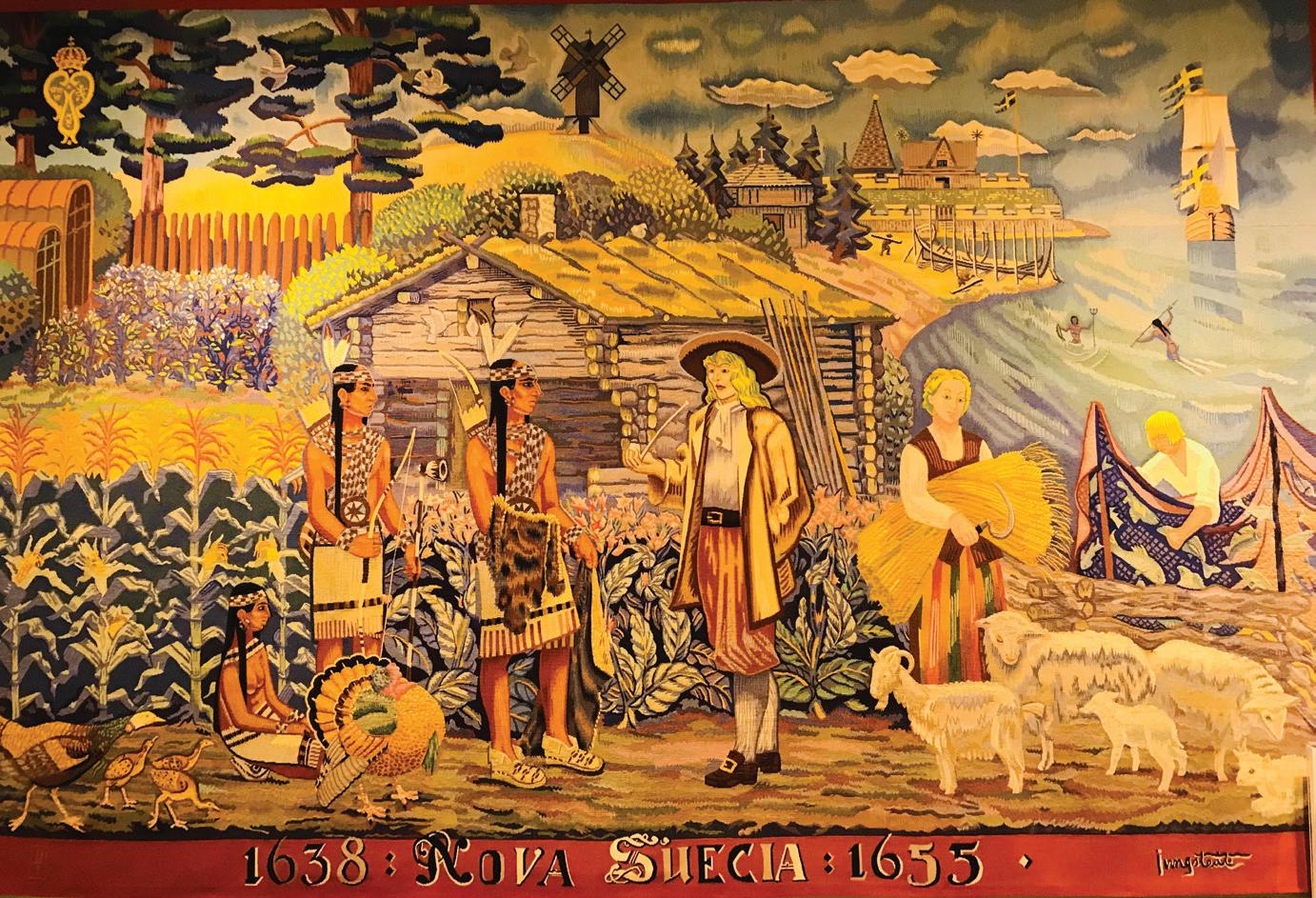 Wilmington, Delaware. They named it Fort Christina, in honor of Sweden’s twelve-year-old queen. It was the first permanent European settlement in the Delaware Valley.

The17th century saw Sweden as a European “Great Power” and one of the major military and political combatants on the continent during the Thirty Years’ War. By mid-century, the kingdom included part of Nor way, all of Finland and stretched into Russia. Sweden’s control of portions of modern Poland, Latvia, Estonia, Lithuania and Germany made the Baltic Sea essentially a Swedish lake. Perhaps inspired by the riches other Great Powers gathered from their overseas colonies, Sweden, too,

sought to extend its influence to the New World. In 1637, Swedish, Dutch and German stockholders formed the New Sweden Company to trade for furs and tobacco in North America. Under the command of Peter Minuit, the company’s first expedition sailed from Sweden late in 1637 in two ships, Kalmar Nyckel and Fogel Grip. Minu it had been the governor of the Dutch colony, New Netherland, centered on Manhattan Island, from 1626 to 1631.

The ships reached Delaware Bay in March 1638, and the settlers began to build a fort at the site of present-day

During the next seventeen years, twelve more Swedish expeditions left the homeland for New Sweden. A total of eleven vessels and some 600 Swedes and Finns reached their desti nation. The colony eventually con sisted of farms and small settlements along both banks of the Delaware River into modern Delaware, New Jersey, Pennsylvania and Maryland. New Sweden rose to its greatest heights during the governorship of Jo han Printz (1643-1653). He extended the settlement northward from Fort Christina along both sides of the Dela ware River and improved the colony’s military and commercial prospects by building Fort Elfsborg, near presentday Salem on the New Jersey side of the river, to seal the Delaware against English and Dutch ships. Despite these steps, the Swedish and Finnish colonists lived peacefully with their Dutch and Lenni Lenape neighbors.

Unfortunately, Governor Printz’s autocratic rule left many settlers dissatisfied. A petition for reform was branded a “mutiny,” but did lead to the Governor’s return to Sweden.

New Sweden was unique among the American colonies because the colonists lived peaceably with the Lenape people and the friendship between the two communities continues into the 21st century. Courtesy of the American Swedish Historical Museum.
Swedish Press | Dec 2022/Jan 2023 | 10
Courtesy of the Swedish Colonial Society

the colony’s last governor, Johan Ris ing, at a time when the Dutch capitol of New Amsterdam was ruled by the hot-tempered Peter Stuyvesant. Soon after arriving in New Sweden, Rising attempted to remove the Dutch from the colony by seizing Fort Casimir (present-day New Castle, Delaware), below Fort Christina on the western shore of the river. With no gunpowder, Fort Casimir surrendered without a shot and was re-named Fort Trinity. 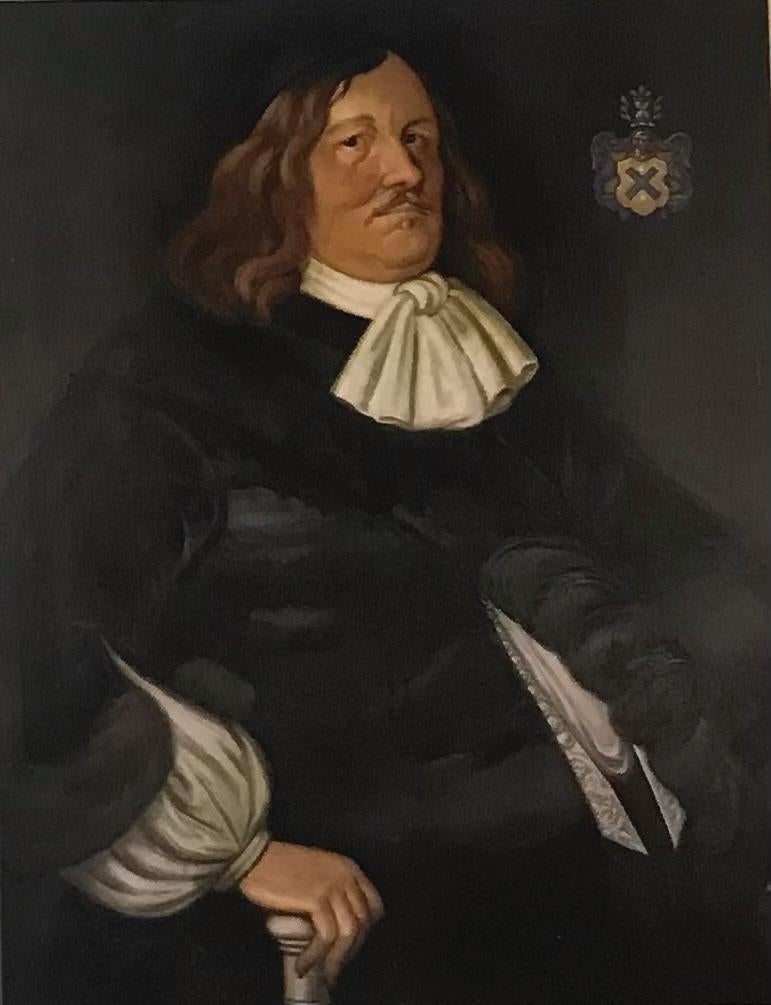 Swedish sovereignty over New Sweden was at an end, but the Swed ish and Finnish presence was very much in evidence. In fact, Governor Stuyvesant permitted the colonists to

continue as a “Swedish Nation” and be governed by a court of their choos ing, be free to practice their religion, organize their own militia, retain their land holdings and continue trading with the native people. This independ ent “Swedish Nation” continued until 1681 when the Englishman, William Penn received his charter for Penn sylvania and the three lower counties, present-day Delaware. 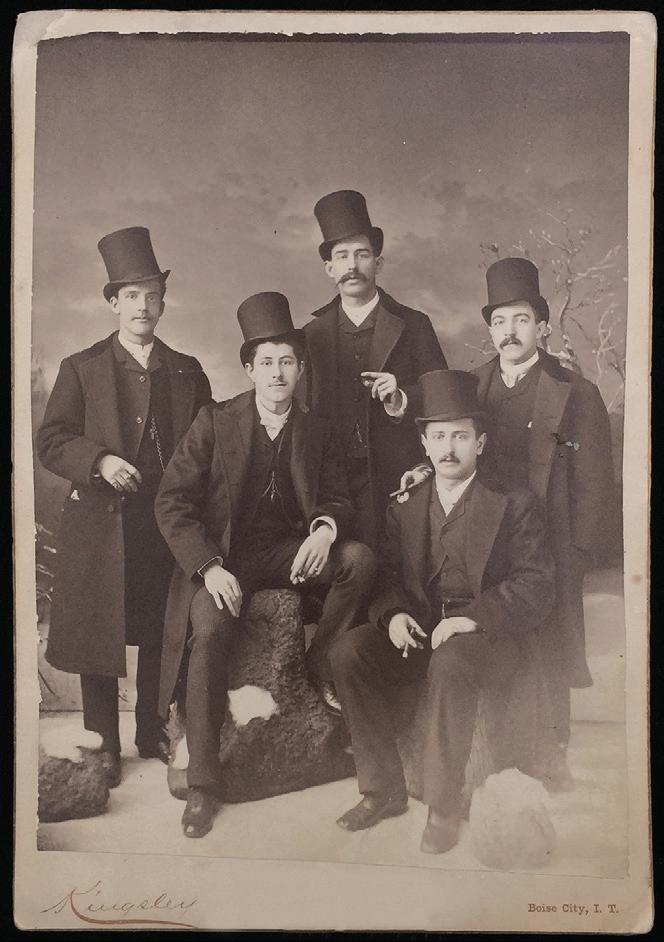 While Swedes and Finns contin ued to settle in New Jersey, Delaware and Pennsylvania, they did not begin to arrive in the United States in large numbers until the 19th century. Swedish immigration was highest between 1867 and 1914 due to poor local economic conditions in Sweden and the availability of cheap land in the American west. At the peak of immigration in the 1880s, an average of 37,000 Swedes came to the United States each year. Most of the new settlers bypassed New Sweden and headed west to Minnesota, Illinois,

A New Governor Tries to Preserve the Colony

WhenGovernor Johan Printz, or “Big Belly,” as the Lenape called him, arrived in New Sweden in 1643, he found a situation of great potential, but one lacking support from the home country. Some settlers were sick, and most had little to eat. They were reliant on New Amsterdam and New England for food, tools, farm animals, fur, tobacco, and the currency that mattered most to the Lenape, wampum (shell beads). While the governors of all three colonial pow ers squabbled for dominance, no one group could effectively control trade or settlement in the Delaware Valley. Through skillful political maneu vering and strict leadership, Gover

The investors in the New Sweden venture estimated that a large profit would be made by shipping furs back to Sweden because felted bea ver hats were in great demand in all of Europe.

Iowa, Kansas, Nebraska, Texas, Cali fornia and Washington, which remain the states with the largest numbers of Swedish-Americans today.

nor Printz managed to maintain the colony’s position, despite increasing hostility from the Dutch and the desertion of dissatisfied settlers. He built new strongholds, including Fort Elfsborg, New Korsholm and New Göteborg. The situation improved and settlers processed tobacco and furs to send home, but Sweden continued to send few ships to provision the colony. Twelve expeditions were outfitted for New Sweden, but only ten arrived. Those failed expeditions meant a con tinuing shortage of basic supplies and a lack of trade goods. After Svanen, the last ship stocked with adequate provi sions, arrived from Sweden in 1648, the colony was largely on its own.

Chronology of Colonial Swedes on the Delaware

Although it is commonly known that the Swedes were the first white settlers to successfully colonize the Delaware Valley in 1638, many historians overlook the continued presence of the Delaware Swedes throughout the colonial period. Here are some of the most important events of the era.

disaster. He reverts to corn the next year, and buys tobacco from Virginia.

1649 – Kattan runs aground near Puerto Rico. None of its 69 passen gers reach New Sweden. Most of them die in the Caribbean. A few find their way back to Sweden, including Dr. Timen Stiddem.

1651 – His forces depleted by deaths and desertions, Governor Printz abandons both Fort Elfsborg and Fort Korsholm, concentrating his forces at Fort Christina and Fort New Goth enburg. The Christina River becomes the de facto boundary between New Sweden and the Dutch.

1638 – After a 4-month voyage from Gothenburg, Kalmar Nyckel arrives in the Delaware in March. Captain Peter Minuit purchases land on the west bank from the Schuylkill River to Bombay Hook, builds Fort Christina at present Wilmington and leaves 24 men, under the command of Lt. Måns Kling, to man the fort and trade with the Lenape. Kalmar Nyckel returns safely to Sweden, but Minuit dies in a hurricane in the Caribbean. 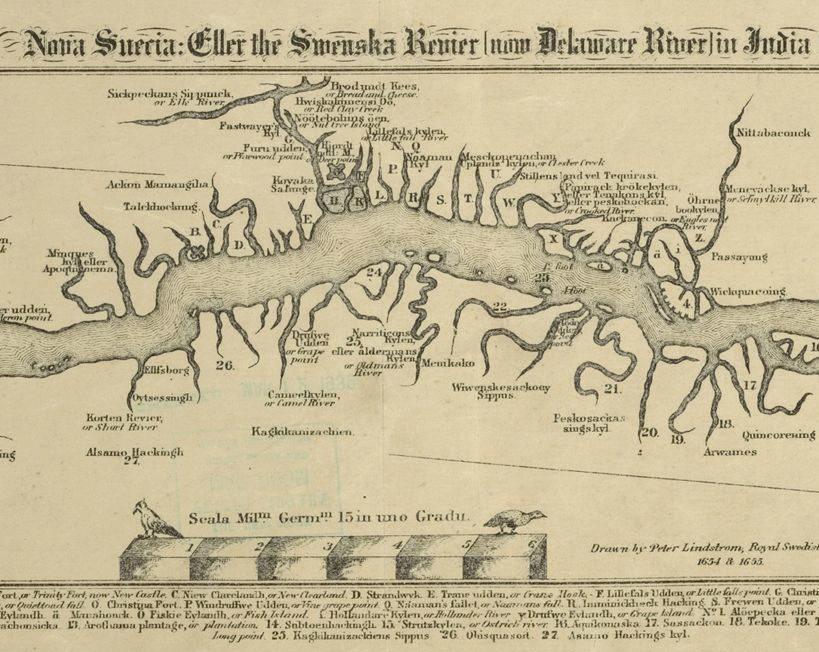 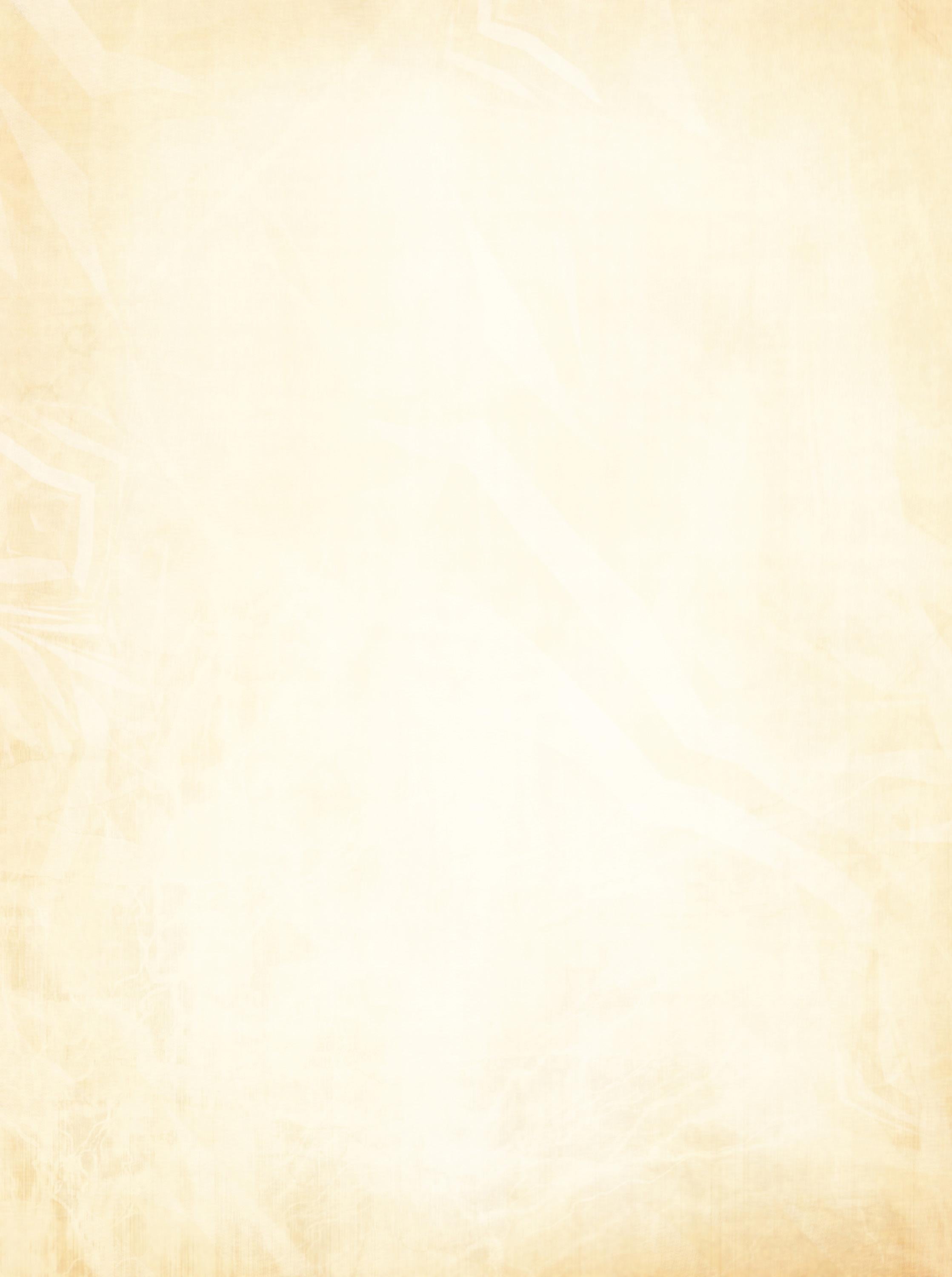 1644 – Printz establishes tobacco plantations at Christina, Upland, and on the west side of Schuylkill (Prov ince Island), but the experiment is a

1652 – Printz seizes plantation of Lars Svensson (Lasse the Finn) on west side of Upland (Chester) Creek, claiming that Lasse and his wife were guilty of witchcraft and owed him money. Re names plantation Printztorp. Lasse and his wife die, and other freemen become more hostile to Printz’s rule. Several freemen move to the Fort Casimir area to live under Dutch rule.

1653 – Twenty-two freemen file petition with Governor Printz, complaining of his autocratic rule. Printz brands the petition a “mutiny”, accuses Pastor Lars Lock, Olof Stille and one of his own soldiers of instigat ing the crime. After having the soldier killed by a firing squad, Printz packs his bags and returns to Sweden, leav

ing the colony under the command of his son-in-law Johan Papegoja. Fifteen more freemen flee the colony to seek refuge at Fort Casimir or Kent Island, Maryland. Papegoja hires Lenape to bring them back, dead or alive. The Lenape return with heads of two former freemen. 1654 – Population of New Sweden is now reduced to 70 men, women and children. Survivors debate uniting with the Dutch at Fort Casimir, but the issue becomes moot when the Eagle arrives in May with about 250 passengers, including some old-timers such as shipwreck survivor Dr. Timen Stiddem. Johan Rising, the new Gov ernor, captures Fort Casimir from the Dutch, restoring the entire Delaware River to Swedish control. Including the Dutch at Fort Casimir (which he renamed Fort Trinity), Rising counts 368 persons in the colony. But disease and famine soon take their toll, and most of the Dutch move to New Am sterdam (New York). 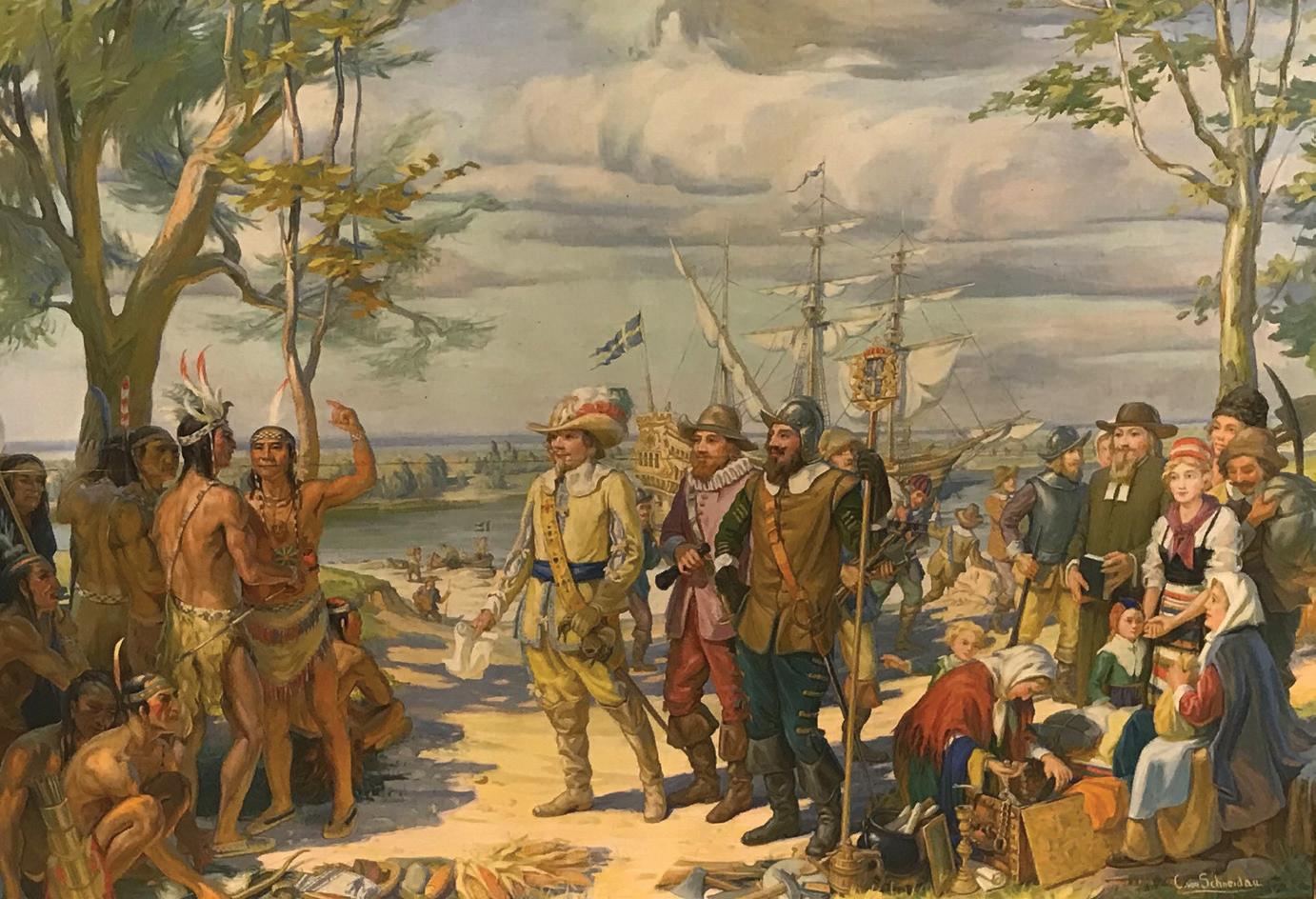 1655 – Food shortages plague the colony. In September, Dutch Gov ernor Stuyvesant, with seven armed ships and 317 soldiers, invades New Sweden. Badly outnumbered, the Swedes surrender the colony without a fight. Governor Rising and 36 others return to Sweden. Most of the Swedes and Finns decide to stay in America, pledging allegiance to the Dutch.

1656 – Mercurius arrives from Swe den in March, carrying 14 Swedes and 92 Finns. After Dutch refuse to allow ship to pass Fort Casimir, the Lenape climb aboard and usher the ship to Tinicum Island, where the pas sengers land. The ship, including its commander (Johan Papegoja), safely returns to Sweden. The Dutch are per

suaded to grant the Swedes and Finns self-government in the area north of Christina River. Newly-arrived Finns settle at Marcus Hook and Bochten (Verdrietige Hook).

1657 – Having acquired the area south of the Christina River from the Dutch West India Company, the City of Amsterdam establishes its own colony, called New Amstel, at present New Castle. Stuyvesant retains nominal control over the Swedish Nation north of Christina River.

1660 – Stuyvesant asks the Swedish nation to supply soldiers in his war against the Native Americans at Eso pus (Kingston, NY). Swedes refuse, insisting on their historic non-aggres sion policy with the Natives.

1663 – Stuyvesant begins issuing land patents to Swedish settlers in the Swedish nation. Thirty-two Finns arrive on the Purmerlander Kerck and settle at Feren Hook on south side of Christina Creek.

1664 – Control over the Swedish nation, north of Christina River, transferred from Stuyvesant to New Amstel. Another ship from Am sterdam, carrying 140 Finns for the New Amstel colony, sinks in Atlantic Ocean. English warships seize the

New Amstel colony from the Dutch. Swedes and Finns are assured that their property rights and freedoms will not be affected.

1669 – A Finn named Marcus Ja cobsson, posing as son of Swedish general Königsmark, travels from house to house in the Swedish nation, urging them to take up arms against the English. He is caught by Justice Peter Cock, tried, convicted of treason and sold as a slave in Barbados. Settlers who supported the “Long Finn Rebellion” are fined.

1681 – Former New Sweden is granted to William Penn, who secures English patent for Pennsylvania and sends William Markham to the Delaware to arrange a transition.

1682/83 – Swedes and Finns are required to be naturalized as Eng lish subjects. The Swanson brothers surrender 300 acres of their Wicaco plantation for the City of Philadelphia. Twenty-three ships carrying hundreds of Quaker settlers arrive. The Swedes and Finns are soon outnumbered by the English. 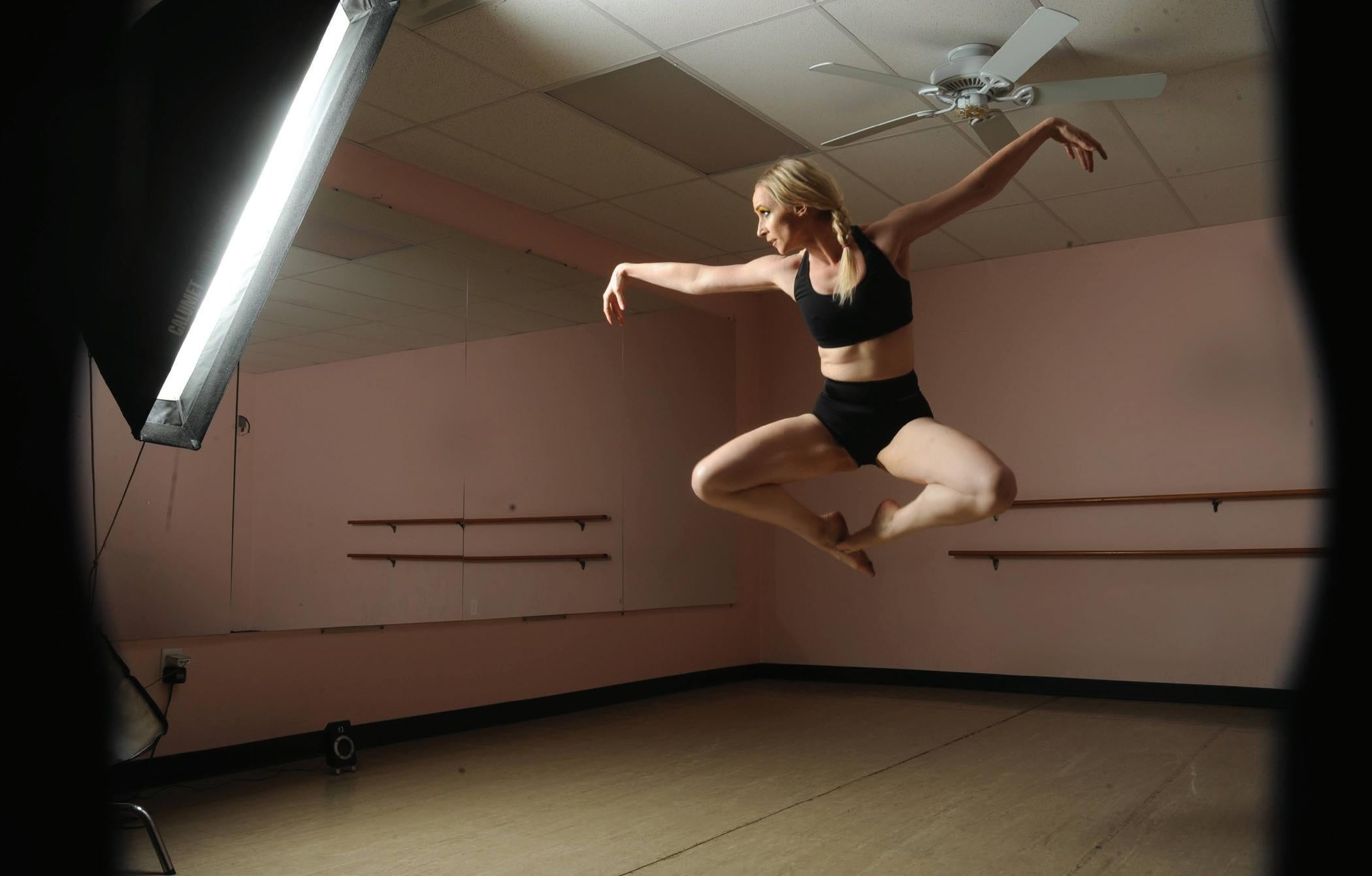 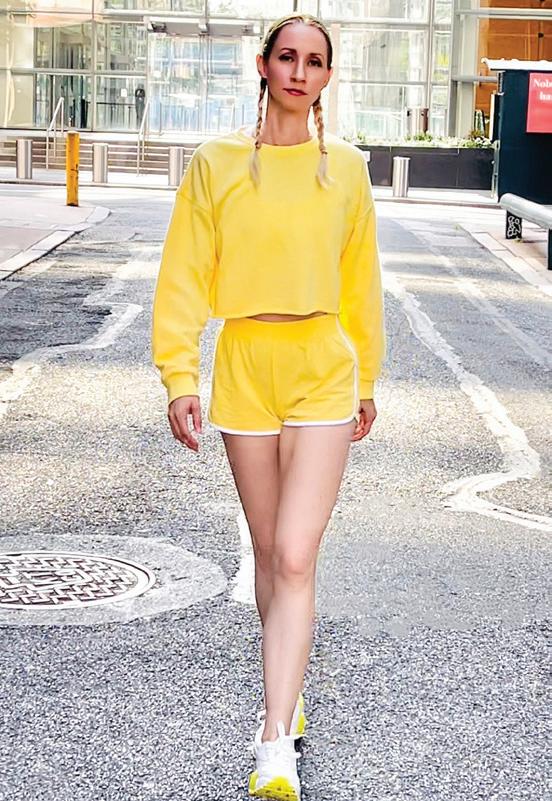 Summary in English: Helena Berggren is President of the Eastern America branch of the Swedish Women’s Educational Association, SWEA. To learn about her, visit www. helenasweden.com or follow her on Instagram @helenaofsweden. 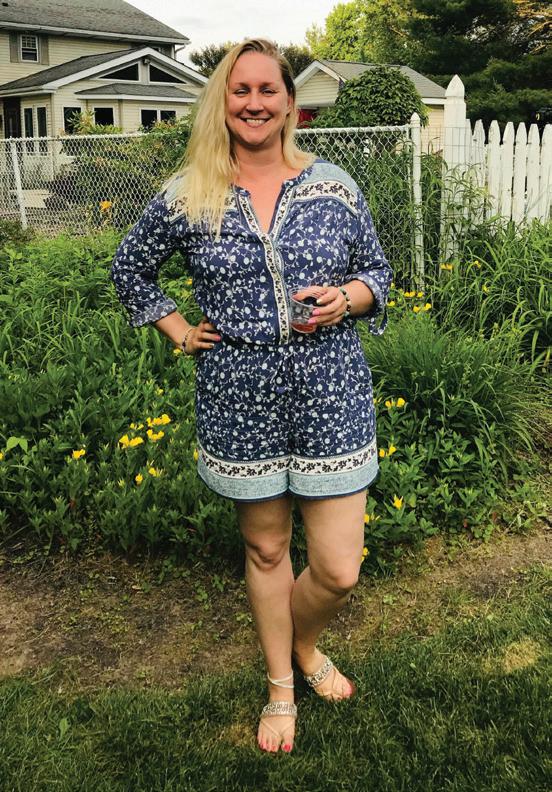 Hope you enjoyed this sample of Swedish Press. 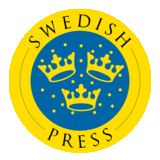