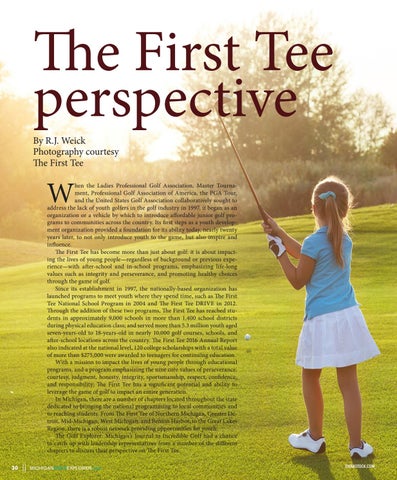 hen the Ladies Professional Golf Association, Master Tournament, Professional Golf Association of America, the PGA Tour, and the United States Golf Association collaboratively sought to address the lack of youth golfers in the golf industry in 1997, it began as an organization or a vehicle by which to introduce affordable junior golf programs to communities across the country. Its first steps as a youth development organization provided a foundation for its ability today, nearly twenty years later, to not only introduce youth to the game, but also inspire and influence. The First Tee has become more than just about golf: it is about impacting the lives of young people—regardless of background or previous experience—with after-school and in-school programs, emphasizing life-long values such as integrity and perseverance, and promoting healthy choices through the game of golf. Since its establishment in 1997, the nationally-based organization has launched programs to meet youth where they spend time, such as The First Tee National School Program in 2004 and The First Tee DRIVE in 2012. Through the addition of these two programs, The First Tee has reached students in approximately 9,000 schools in more than 1,400 school districts during physical education class; and served more than 5.3 million youth aged seven-years-old to 18-years-old in nearly 10,000 golf courses, schools, and after-school locations across the country. The First Tee 2016 Annual Report also indicated at the national level, 120 college scholarships with a total value of more than $275,000 were awarded to teenagers for continuing education. With a mission to impact the lives of young people through educational programs, and a program emphasizing the nine core values of perseverance, courtesy, judgment, honesty, integrity, sportsmanship, respect, confidence, and responsibility; The First Tee has a significant potential and ability to leverage the game of golf to impact an entire generation. In Michigan, there are a number of chapters located throughout the state dedicated to bringing the national programming to local communities and to reaching students. From The First Tee of Northern Michigan, Greater Detroit, Mid-Michigan, West Michigan, and Benton Harbor, to the Great Lakes Region, there is a robust network providing opportunities for youth. The Golf Explorer: Michigan’s Journal to Incredible Golf had a chance to catch up with leadership representatives from a number of the different chapters to discuss their perspective on The First Tee. 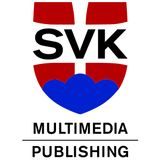