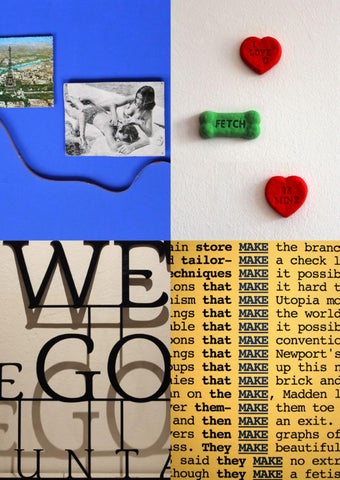 Following her 103 Mistakes 2009-2012 Un Cabinet Dâ&#x20AC;&#x2122;Amateur / Olivier Boissiere presents four series by Svetlana Mircheva based upon chance meetings with things and words. From rebus to cosmic constellations, to twisted slogans and computer explorations a short sampling of possible intrusions of the visual arts in the infinite world of language.

Once upon a time, there was a flâneur. Baudelaire followed him strolling the city leisurely both distracted and attentive to the new world (it would become brave later), looking for modernity. A viewer/voyeur, he would note the remarkable in the environment of his contemporaries, the spread of commercial activities as a consequence of the industrial revolution and the raise of consumerism. The flâneur attitude marked a significant shift in the points of views upon the world. Shop-windows became familiar scenes where artists would dig for inspiration. The cubist collage and Duchamp’s ready-made replaced the representation of the object by the object itself incorporated into assemblages exposed to language that would become the rule at mid-century. Walter Benjamin haunted the Paris “passages”, the Surrealists the flea market of Saint-Ouen looking for bizarre objects of undetermined functions and forms, craving for close encounters of the third kind, expecting surprise (“soup-rice” as the Marx brothers had put it). “One does not do poetry with ideas, one does poetry with words”1. Mallarmé said. He must have foreseen that poetry could become image by means of “a throw of the dice”. Freeing words from one another, dispersing them on the page opens new interpretations as well as a disconcerting design. Are they pure coincidence or an effect of the Zeitgeist? Mallarme’s poem might look as a prelude to the re-introduction of the word in visuals arts. From Picasso’s first cubic collages to Schwitters’ Merzbau, to Saul Steinberg’s rebus and Rauschenberg’s, then “Conceptual” and Art language, Kossuth, Lawrence Wiener, then Bruuuuuuuce Nauman, Ed Ruscha et al, words, sentences, aphorisms did invade the art field. An art work could both express and enounce?

The Three Princes of Serendip

The computer age has generated a new version of the flâneur, the “geek” zooming and zapping on the freeways of information. Exit the street and the city. The world has turned global and the Net its cosmic echo. An all-over set of information both text and imagery has become available at fingertip distance. The somewhat naive first fans of cybernetics in the late 60s prophesized then the advent of some new Leonardo, Picasso or other artist genius who would take up the new medium and generate new masterworks. This has not happened (yet). But the amazing field of the Web providing for all kind of opportunities of criss-cross and short cuts is currently being explored. Wait and see… Horace Walpole coined the name “serendipity”2 from an indo-arabian old legend where the three princes of Serendip described a lost camel that they had never seen through the traces and indexes which they had noticed on the road. Serendipity was defined as discovering by chance something that one was not looking for, or the art to take notice to the surprising and give it a pertinent interpretation. It was thus chance + sagacity. The word had a discreet carrier at first until it reached the scientific domain with the discovery of the penicillin (a fortuitous accident, according to Fleming) or Albert Hoffmann’s one of LSD. Even Isaac Newton and his apple were called in. It became an argument for free versus applied research. In the art field, it sounds like a fact, No usefulness is expected. Free imagination, innovation and fantasy are supposed to be the rules of the game. Serendipity is supposed to pop up without notice. “The stupid call these strikings of the thought “chance” without thinking that chance never occurs to the dunces.”3 Svetlana Mircheva is the heiress of all the above. She walks the city, collects abandoned objects, bits and pieces, sheets of left over papers, fragments of newspapers (preferably old) photographs of loves forgotten, rags of faded materials evocative of lives unknown, memories anonymous. The artist reinserts them in comic strips, little tales to be deciphered, telescoping images and words (image as text, text as image) in poetic collages in the form of rebus, those “compositions that operate this great marriage of letter and drawing which has always haunted the baroque artists.”4 Mircheva’s attention to shop windows might be triggered by petty trivial domains. Exploring pet shops she has spotted a variety of dog food, biscuits wearing unexpected words suggesting pet loves … She has used them to design candid canine calligrams, nursery rimes whistling little tunes, pretty constellations, as many tributes to Laika, Pschyolka, Mushka and other moon dogs heroes of the first Sputnik age. Ironic compassion? Love thy dog as thyself?

The interactive aspect of the computer can take (at least) two forms: communication with brothers/sisters internauts or direct dialog with the Machine, as it offers help/services to user/client. Mircheva contacted once by curiosity programs which given a name of your firm + keyword to your activity would deliver the right slogan for your advertising. The tests Mircheva did rapidly proved deceptive, either irrelevant or conventional. But a little twist on a sentence could make them funny on the verge of the absurd. So… Coincidently Mircheva landed on the glagolitic site. Cyril and Method had elaborated an alphabet before the Cyrillic. In their devotion, they had followed up with three sentences using each letter as a key to a word all to the glory of God. A sublime early use of sacred advertising! Following up with her “mistakes” Mircheva has bumped into new intriguing incidents. A A4 found in a paper basket had all the visual seductions of the “conceptual” art of the 60s. The content, an exploration of the keyword “make” proved most serious and hilarious. A further research led (with the help of New York curator friend Eriola Pira) to a million words thesaurus accumulated by a very serious university department in Providence, RI, on the possibilities of computers in the field of language in the early 60s. With “Make” the viewer is invited to pursue with the game. Infinitely. “Language is a virus from the outer space.”5 Certainly serendipitous Svetlana Mircheva is not fooled by the process. She is well aware that the haphazard character of serendipity cannot ever constitute a method, only a state of mind. Told about the story of the three princes of Serendip, Mircheva had but a brief comment: “there is no normal camel” she said. Think of it.

The catalog is published in the occasion of the exhibition of Svetlana Mircheva “Images of the Word” 20 Nov - 20 Dec 2014 at Un Cabinet D’Amateur / Olivier Boissiere, Sofia

Works in the exhibition 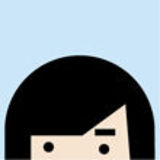 Svetlana Mircheva / IMAGES OF THE WORD

Svetlana Mircheva / IMAGES OF THE WORD