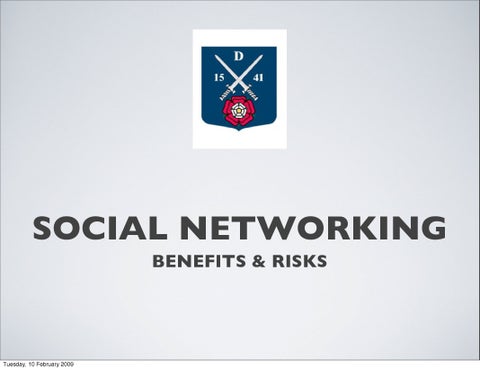 MOST POPULAR SOCIAL NETWORK IN THE UK

repetition - the one to the many

to control flow of information

those with similar interests

- giving away too much information

EXAMPLES LAURA STAINFORTH, 15 RAN OFF WITH A 49 YEAR OLD MAN SHE MET ON FACEBOOK. FOUND IN FRANCE. HER ABDUCTOR WAS ON BAIL OVER THE ALLEGED RAPE OF A 16 YEAR OLD GIRL

Dozens of girls were suspended from their school for setting up a defamatory Facebook site about a teacher.

Twenty-nine pupils at Grey Coat Hospital School signed up as members of the page, named The Hate Society. Tuesday, 10 February 2009

The girls were suspended for between two and 15 days. It is understood the teacher concerned is receiving counselling.

WHAT FACEBOOK SAYS Although we allow you to set privacy options that limit access to your pages, please be aware that no security measures are perfect or impenetrable. We cannot control the actions of other Users with whom you may choose to share your pages and information. You understand and acknowledge that, even after removal, copies of User Content may remain viewable in cached and archived pages, or if other Users have copied or stored your User Content. 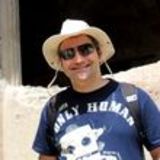 Version of a presentation given to students at Berkhamsted School, explaining the benefits and risks of using social networking sites, like...

Version of a presentation given to students at Berkhamsted School, explaining the benefits and risks of using social networking sites, like...