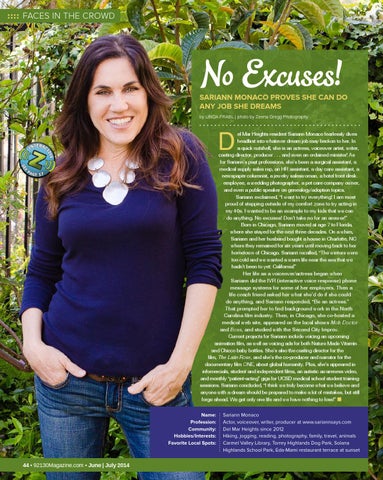 el Mar Heights resident Sariann Monaco fearlessly dives headfirst into whatever dream job may beckon to her. In a quick nutshell, she is an actress, voiceover artist, writer, casting director, producer . . . and even an ordained minister! As for Sariann’s past professions, she’s been a surgical assistant, a medical supply sales rep, an HR assistant, a day care assistant, a newspaper columnist, a jewelry saleswoman, a hotel front desk employee, a wedding photographer, a pet care company owner, and even a public speaker on genealogy/adoption topics. Sariann exclaimed, “I want to try everything! I am most proud of stepping outside of my comfort zone to try acting in my 40s. I wanted to be an example to my kids that we can do anything. No excuses! Don’t take no for an answer!” Born in Chicago, Sariann moved at age 7 to Florida, where she stayed for the next three decades. On a whim, Sariann and her husband bought a house in Charlotte, NC where they remained for six years until moving back to her hometown of Chicago. Sariann recalled, “The winters were too cold and we wanted a warm life near the sea that we hadn’t been to yet: California!” Her life as a voiceover/actress began when Sariann did the IVR (interactive voice response) phone message systems for some of her employers. Then a life coach friend asked her what she’d do if she could do anything, and Sariann responded, “Be an actress.” That prompted her to find background work in the North Carolina film industry. Then, in Chicago, she co-hosted a medical web site, appeared on the local shows Mob Doctor and Boss, and studied with the Second City Improv. Current projects for Sariann include voicing an upcoming animation film, as well as voicing ads for both Nature Made Vitamin and Chicco baby bottles. She’s also the casting director for the film, The Latin Rose, and she’s the co-producer and narrator for the documentary film ONE, about global humanity. Plus, she’s appeared in infomercials, student and independent films, an autistic awareness video, and monthly “patient-acting” gigs for UCSD medical school student training sessions. Sariann concluded, “I think we truly become what we believe and anyone with a dream should be prepared to make a lot of mistakes, but still forge ahead. We get only one life and we have nothing to lose!” ¢ Name: Profession: Community: Hobbies/Interests: Favorite Local Spots:

We talk with Cathy Young, Girl Scouts Carmel Valley Service Unit Manager, about the unique experiences and life lessons our young Girl Scouts are learning, while also helping our community. 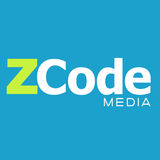