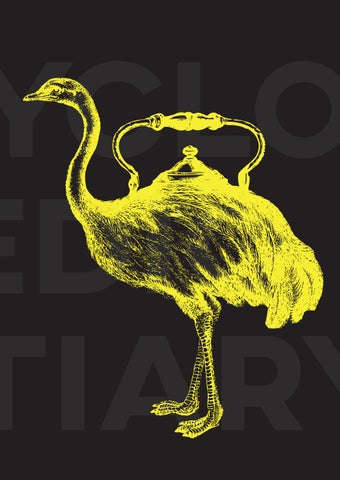 In a parallel universe, planet earth is populated by animals slowly adapted to the human technology. After the 2075 crisis, all the inhabitants of the planet had to readapt to the new environment. In that time, animals were almost extinct or kept in special areas and reserves. After the second crisis in 2087, all the electronic appliances were unable to restart due to a solar storm and a magnetic field disruption. Human species were unable to adapt and almost disappeared. Other species gradually learnt to keep track of time, make housework and, also, make a cup of tea. The preference of simple tasks and routines in their adaptation is due to the technological crisis. This volume collects the main features of some of the new species in the animal kingdom. Volume two of this modern encyclopĂŚdia is about new plants and fungus.

Elephas cochlealis Elephants are very talented sommeliers. They had found a way to bring along their corkscrew, to open bottles and offer wine to everybody.

Struthio Thermo Matii Ostriches are Royal animals, they learnt how to make tea by themselves and serve the whole community with all sorts of tea. No milk, no sugar.

Rhynchotus Vetris Anphoralis Birds love perfumes and scented oils so much, that they integrated a fragrance in a big bottle that is part of their bodies. Each different bird is a different scent.

This maps shows the animals spreaded all over the World, depending on their task. There are no phisics or climatic boundaries. Elephants in Europe can finally open their best wine bottles; French birds carring their parfumes around; ostriches serving tea in Great Britain; deers playing their music wherever it is needed at last. A natural balance has been reached.

TESTUDO TEMPORALIS Testudo Temporalis Turtles are the most ancient animal on the planet. A pocket clock is what they needed to not lose the track of the time.

CROCODYLIA FORFICIS Crocodylia Forficis Crocodiles are very useful for the animal kingdom, they are the jack of all trades as they go around and repair everything that needs to be fixed or improved.

Tetraodontidae Æreus Puffer fish were very anxious, everytime they were stressed they puffed themselves up, until the day they inflated that much to float out of the sea and reach the sky. Now they are the main mean of transport.

Cervus Phonicus Deers were feeling so lonely on the mountains, they just wanted good company. As they love music, they started to play their favourite LPs with their horns.

In a parallel universe, planet earth is populated by animals that slowly adapted to human technology. Some of them, in order to survive, gradually learnt to keep track of time, make housework and, also, make cups of tea. This volume collects the main new species of the animal kingdom. 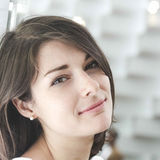