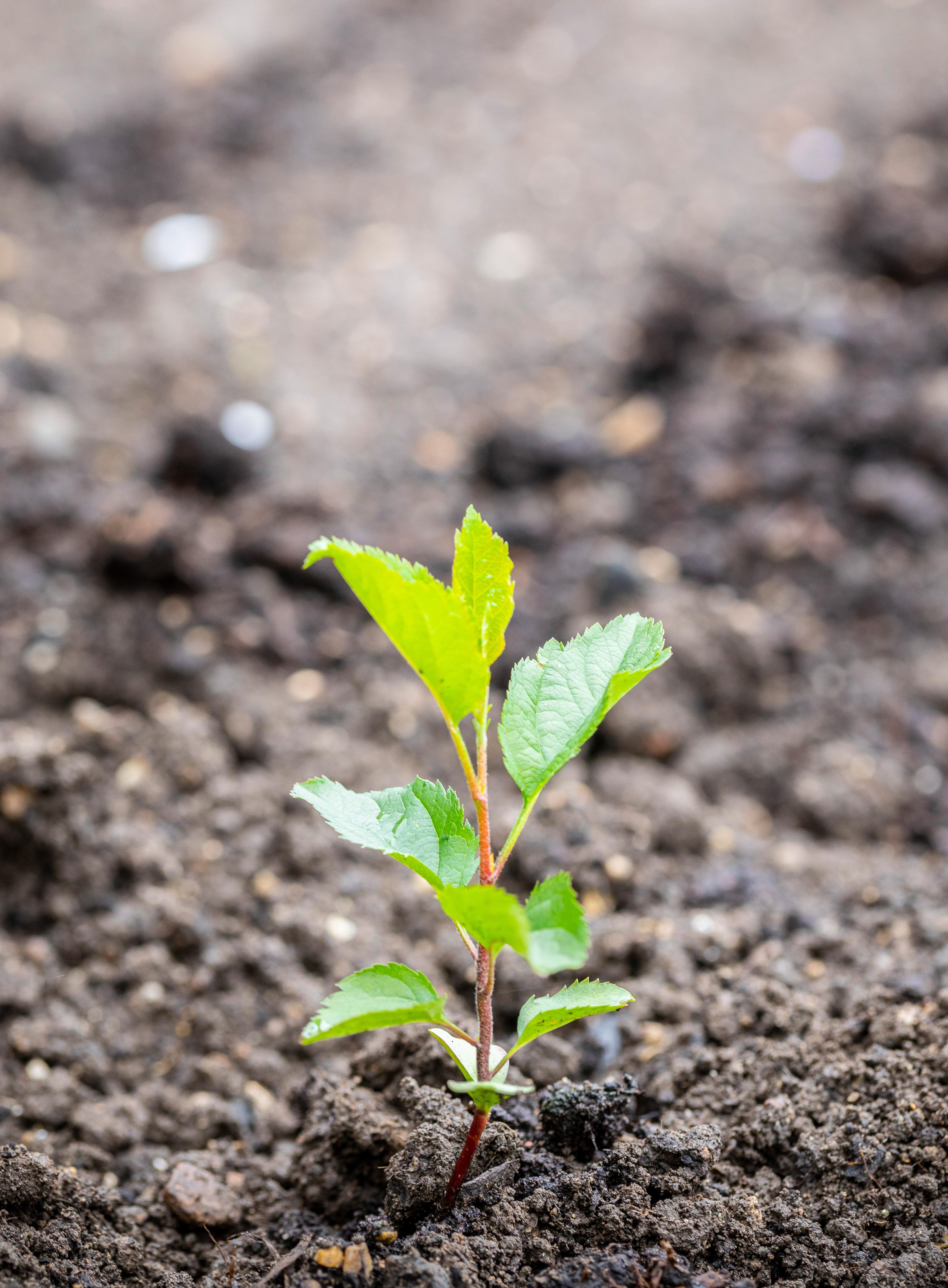 The Gift Of Life

IN THEIR OWN WORDS

Forget the 3 Rs, for Ann and Norman Stanier, owners of the peerless Dragon Orchard, it’s the two Cs, connections and community. Susanna Forbes catches up with them after a chilly day’s pruning

With a shared love of the great outdoors, orcharding in the blood, and an infectious interest in humanity, it’s perhaps not that surprising that Ann and Norman’s Dragon Orchard is so much more than a collection of trees. Yet often when we meet there’ll be updates on travels too, and ciders caught along the way. As it was when we met one windy evening before the COVID-19 crisis began to take a grip…

Norman Stanier: In 2016 we took a whole year off. We went to Willie Smith’s in Tasmania. It has a museum and it was just like going into an old Herefordshire orchard. They had done it so well.

But we’re getting ahead of ourselves. Where did your innate connection with orchards begin?

NS: It’s sort of what I am really. My greatgrandfather, Harry Taylor, came to Putley in the 1870s to manage the Putley Court Estate. One thousand acres, it was bought by a Yorkshire man called John Riley. He’d been to Trinity College Cambridge, and his family made their money in cloth. He was one of the very early members of the Royal Horticultural Society.

When Riley bought the estate he went to America and saw all the new orchards in the Hudson Valley and Vermont. They were amazing because they weren’t hampered by tradition. The English orchards at the time were a complete mess. There was a massive balance of payment problem for prime minister William Gladstone. The Yankee apples were all coming in, while the English dessert apples – no-one knew what they were.

“IT’S PROVIDING SHAPE TO THE TREE. BUT IT’S ALSO GIVING SHAPE TO OUR LIVES, AND CONNECTING US TO THE LANDSCAPE”

Riley realised that his 1,000 acre farm could be a model orchard but he didn’t know how to do it. So he advertised for an overseer and my great grandfather got the job. He learned his business from his father, Samuel Taylor, who had this big nursery in Droitwich. The family story is that he was interviewed at Malvern Station and Riley said “I think you’re great but you’re too young for the job.” And he said, “Well if you’ve got a young prime minister – Gladstone was only 26 – I think I can run your orchards.” And so he did, until the end of the century.

Back then it was called Orchard Croft. It had apples, plums and pears. No cider fruit. It was all dessert fruit. I worked on the farm with my brother. I vividly remember just after I’d learnt to drive – I was 17 – I got up at 4o’clock in the morning, did three hours picking, had breakfast. Then I took the strawberries to Hereford Market and then I went and did my A levels.

In the 1970s, it was getting harder to sell dessert fruit at a decent price, so my father put in nine acres of the first Bulmers bush fruit.

How did you and Ann meet?

We met through the Outward Bound organisation. I was working in Holne Park in Devon, and so was her father. We spent a lot of time in Minnesota. Got into Canadian canoeing. We have two canoes which we use whenever we can. It’s the rhythm of it, the journey and the remote places you can get to. It’s the connection to the elements.

When I’ve got an axe in my hand and when I’m splitting firewood, it’s exactly the same feeling as when I’ve got a pruning saw in my hands. It’s being outside. It’s being in the elements. It’s being totally connected with the surroundings. With the weather and the wind. When we’re pruning, you’re very aware of where the sun is because you can’t see if it’s not at your back. You’re very aware of where the wind is because otherwise you’re getting sawdust in your eyes.

We’d always wanted to come back here, but we didn’t know how we could do it. When we did get back, we worked alongside my mother, Dorothy. She said she didn’t know much but she was still pruning when she was 80.

Ann set up Dragon Orchard Crop Sharers, a community agricultural scheme, in 2001. We had had a terrible time with foot and mouth disease. People couldn’t come into the countryside. We felt we needed to do something to ameliorate it.

We realised that with the farm, it’s not just the fruit, it’s the countryside. It’s the ambience. People paid an annual subscription and we ran four weekends a year. In the autumn, people took home a share of the crop, hence the name. This has morphed into FRODOs, Friends of Dragon Orchard. Ann won Country Living Business Women of the

Year 2007 for Rural Diversification of the Year. We wanted to plant what we called an amenity orchard. So, traditional Herefordshire varieties, but also new varieties, like Herefordshire Russet and Jumbo. We also wanted the orchard to be a thing of beauty and inspiration, So we designed it with aisles you can see through and different varieties – apples, plums, pears, quince, Mirabelles (type of plum).

We wanted to provide a focus so people could come, bring their grandchildren. So with straw bales we built an amphitheatre. We call it The Hug. We very much tried to develop our orchard community. Annie felt people had lost the connection with the land and would welcome the chance to have a bit. AS: To have a little piece of countryside that they have access to – they don’t have to look after it but it enables us to keep it going.

How did Once Upon a Tree, the cidery you began with Hannah and Simon Day, come about? AS: Simon came to us because we were doing something different. NS: Once Upon A Tree started in 2007. Our first year, we won three first prizes at the Museum of Cider, Hereford. And the next year he won Supreme champion with single variety Kingston Black. In 2012 we won BBC Drinks Producer of the Year! AS: We used to have some wonderful tasting sessions at Orchard Croft. Tom [Oliver] came over. Especially when we were deciding what sort of ciders we really wanted to produce, because Simon was doing something different. It was a real privilege to sit with him and Simon. AS: I learnt to like cider. I like what we produce. I enjoy wine but cider didn’t do it for me. When we first came here, Mike Henney made a Dabinett/

Bramley mix and it was like an apple wine. And when we started Crop Sharers we got his first batch. NS: Well Mike had the apples from us. It was our Dabinett. What about the sparkling ciders?

AS: The Chapel Pleck? I love the sparkling ciders. And then the dessert ciders. One of my favourite things is Blenheim Superb. He says he can make these things, but you don’t really expect something so extraordinary. NS: The first lot was made in our chest freezer! AS: That with Christmas pudding makes my Christmas. But then it can go on to the cheese as well... NS: For me, a really good Kingston Black is just out of this world. It’s like drinking the countryside. I just love the complexity of it all. it’s so rich and wholesome. Simon produces cider from the orchard that we’ve just been pruning, Dorothy’s Orchard, so dessert fruit, and I really like that. And with food, there’s no tannins. it’s like wine. because I like the surprise of drinking a complex cider made with dessert fruit. I enjoy the quirkiness of it.

“FOR ME, A REALLY GOOD KINGSTON BLACK IS JUST OUT OF THIS WORLD. IT’S LIKE DRINKING THE COUNTRYSIDE”

Do you help out many other cider producers?

NS: Quite a few craft people. They don’t want very much, and we’re delighted to help them out. We’re very happy to receive enquiries from small producers. AS: The price tag of Crop Sharers (c £250/year) limited those who could be involved. I wanted a way that people could have an engagement on a lower scale. Since we wanted to hold onto different varieties of dessert fruit, we pulled out the cider apple trees that weren’t doing very well and planted trees that were sponsored by people. A lot of them are in memory of people who have died. So we’ve always said “we will keep these in perpetuity”.

NS: Yes, and it doesn’t stop. We had our artist in residence. Jess Allen. A walking artist. AS She was doing a PhD. She got married here.

NS: The project we first got involved with Jess on was All In A Day’s Walk. She was living at Caplor Farm [five miles away, renowned for its social and environmental sustainability], Fownhope. She only ate what she could find within a day’s walk, and she did it in December. She drank lots of our cider. On Christmas Day too. NS: My dad was a founder member of the Big Apple. I’ve been vice-chair for ages. The Big Apple is becoming a Community Benefit Society. We’re future-proofing it really. Its original aim, to promote the seven parishes in the Marcle Ridge, we feel is even more important than it has ever been, because the countryside is under more threat.

We’ve got a climate emergency. We’ve got all sorts of challenges. We need to be in a position to be flying the flag. And promoting the importance of the apple. The culture of the apple. The connections between the people who grow it, eat it, make cider, enjoy it and benefit from it. And to realise the importance of locally, seasonally produced fruit. NS: When we built this house, it won lots of awards (see Box, page 19). A timber-framed house with eight inches of newsprint in the walls. We also have a pond and wetland sewage treatment system.

Now we want to make a very, very green dwelling. This house is called Dragon House – I want to call the new one Green Dragon. I hope it will be a passive house. We’ll probably rent it out. Like any small business, regular income is always the challenge.

Someone’s got to do it and it may as well be us.

What about the next generation?

AS: We have two sons, Patrick, the eldest. He’s a stage manager. He’s touring with Blue Man with his wife Emma. Hugh is a contemporary dancer. He’s in the middle of a dance residency in Goa. NS: In 2016 when we took our year off, we saw Hugh in India, and Patrick and Emma in Perth. Which is before we went to Tasmania But we love Tasmania, Willie Smith’s…

Which is where we began. So I take my leave. As I scrunch out on the gravel, I can’t help but gaze into the night sky and think of all the wonderful orcharding life that this place embodies. The pioneering spirit lives on…
This story is from:
Full Juice - Episode 4
by Susanna Forbes