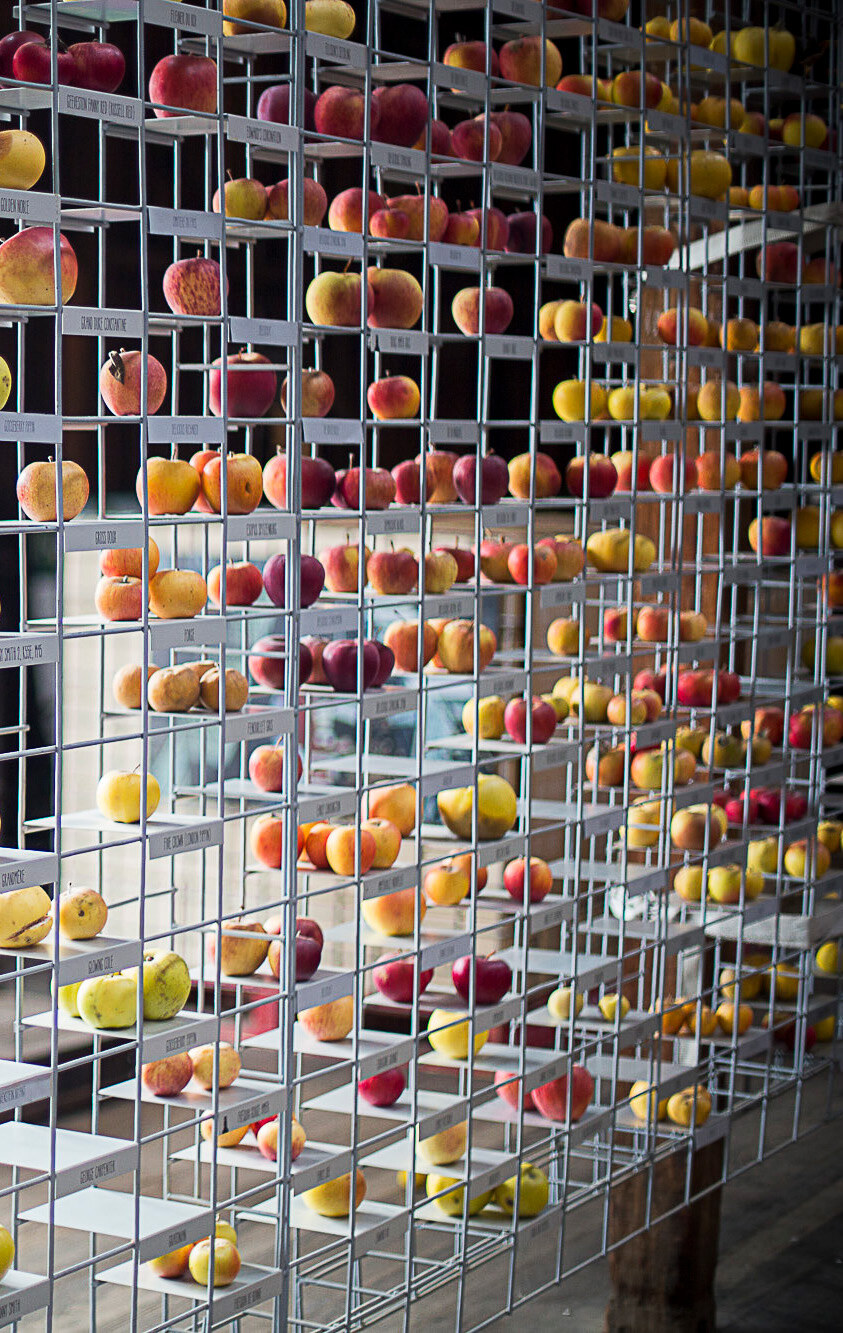 WHETHER IT’S TO ADD VIVACITY AND COMPLEXITY OR AS A WAY OF PRESERVING CIDER WITH MINIMAL INTERVENTION, CIDEROLOGIST GABE COOK FINDS METHODS TO CRAFT NATURALLY SPARKLING CIDERS HAVE A RICH HISTORY, ESPECIALLY HERE IN THE UK.

One of the joys of cider is its simplicity: get apples, squeeze them, extract juice, place in a vessel and ferment. The resultant dry, still cider has been enjoyed in various parts of the “Old World” of cider for millennia.

Cider can, however, exude all of the finesse and elegance of wine, expressed most pertinently with naturally sparkling ciders. These drinks – the close cousins of opulent champagne, vivacious crémant and cool-as-cats pét nat – are now starting to emerge as some of the finest drinks made on these shores.

Quite fantastically, naturally sparkling ciders have quite the heritage in the UK. If we travel back to the early 17th century, we find the aristocracy drinking high quality cider from beautiful crystal flutes, with wine being scarce due to Britain’s almost permanent state of war with its various European neighbours starving off its importation. Crucially, this fine cider was allowed to spend time in new bottles coming from the furnaces of Sir Kenelm Digby in the Forest of Dean, in Gloucestershire.

He was innovating with bottles that were stronger and more stable than any other in their day. These strong bottles enabled a final portion of fermentation to be completed within the bottle, ensuring that the cider was kept free from spoilage and, most importantly, adding a light, natural sparkle. Remarkably, Digby’s exploits were being undertaken before Champagne pioneer and Benedictine monk Dom Pérignon was even born. We have legitimate cause, therefore, to describe this as being the “Forest of Dean” Method rather than the “Champagne” Method – not sure whether the French will go for that!

Today, varying interpretations of naturally sparkling cider are made across the globe, from Old World to New, from Northern Hemisphere to Southern and from traditional craftsmen to modern specialists. The area most associated with naturally sparkling ciders is France, where the regions of Brittany and Normandy have undertaken a unique process of cidermaking that elicits a natural fizz, whilst also retaining an unadulterated sweetness. These ciders, normally achieved through the keeving process, are so idiosyncratic and so inextricably linked to a region and to an old cider culture, they have been omitted from this style discussion today, in favour of allowing the space and time to tell their full story separately another time.

These are ciders which undergo their primary fermentation in a vessel – whether it be steel, plastic or wooden – culminating in all of the sugar fermenting to alcohol. The cider is then placed into a bottle with some extra sugar and (normally) a specific yeast strain, to undergo a secondary fermentation, creating a strong sparkle.

Classically, the bottles would be rested on their side with the cider allowed to mature sur lie, meaning “on the lees” or yeast. This maturation sur lie normally lasts between six and 18 months before the cider will be riddled and disgorged – the process of removing the lees from the bottle to leave a clear, naturally sparkling cider. At this point, there may be the addition of a dosage, a sugar solution, to sweeten the cider to taste.

There is a high pressure in the bottle, creating a strong, sustaining bead of bubbles once opened. This is the process that Forest of Dean… I’m sorry… Champagne-style wines undergo in order to gain their sparkle.

To “condition” (so the OED tells me) is “to bring to a desirable state” – in this case, to achieve a level of natural sparkle. This can be achieved through a minor, secondary in-bottle ferment, as per the méthode traditionelle, but without the high level of carbonation and with the cider still sitting on the yeast deposit.

“THERE ARE NO RULES – ONLY FUN AND EXPERIMENTATION!”

Some producers undertake (and describe their cider as having undergone) a bottle conditioning process whereby the cider finishes its primary fermentation in the bottle, rather than starting a second. The cider is moved from the vessel to the bottle whilst there is still sugar to be fermented. Depending on how the fermentation has been managed and the intention of the cidermaker, the cider may end up bone dry (known as pét nat in natural wine circles, and increasingly with some cidermakers), or still retaining some residual sweetness via cold racking or keeving – in France often referred to as méthode ancestrale.

Cidermakers often like to employ bottle conditioning as a minimal intervention preservative measure, as well as helping to enliven the cider with some carbonation.

For all of these styles, any variety of apple can be used, entirely at the cidermaker’s discretion, depending on which flavour they wish to achieve. Méthode traditionelle ciders made with high acid fruit is a logical step, given that high acid grapes would be used for their wine counterpart, but bold and idiosyncratic méthode traditionelle ciders made from tannic apples can also be achieved.

Similarly, the textured nature of tannins could be suggested to work well with ciders that sit on the lees, but there are many fine examples of more fruity and acid-driven ciders that employ the same methods. There are no rules – only fun and experimentation!