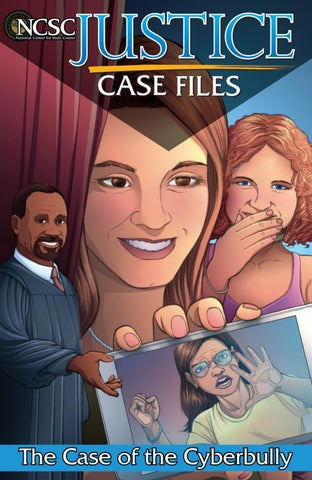 Welcome to Justice Case Files. By reading these graphic novels, you are learning some of the most important things that any American can learn: how your government works, how you can protect your rights, and how important it is that you become an active and engaged citizen. Our nation’s system of self-government is one of the greatest examples of the power of the people. America’s founders carefully created a government comprised of three equally powerful branches: the executive branch (which includes our president and governor), the legislative branch (our Congress and General Assembly), and the judicial branch (the federal and state courts, including the United States Supreme Court and the Supreme Court of Ohio). By reading the Justice Case Files, you will learn more about the least understood branch of government – the judiciary – which stands at the forefront of protecting individual rights for citizens of all ages, including you. You will soon better understand the role of the courts in society and your individual lives, and how courts work to make the best decisions possible. I appreciate your willingness to participate in this fine program, which was made possible by one of our country’s great resources, the National Center for State Courts. To learn more about the National Center and its other civic education programs, please visit www.ncsc.org. And to learn more about your courts here in Ohio, and the civic education programs available through the Supreme Court of Ohio, please visit www.supremecourt.ohio.gov. Thank you for learning more about our courts, and all that they do.

--ladies on the Right for the win!

Awful. I’ve still got a headache from where Madison Jones beaned me with a volleyball.

the faulkner household later that evening…

amber! dinNer in five minutes! are you doing homework or talking to that boy again?

Ha-ha. That&#39;s what SHE said. She knocked my glasses off. What if she had broken them? Accident. School should have 2 pay for new 1s. If you say so, Carter. I’m glad I only have 2 classes w/her pack of wolves.

No. I don&#39;t talk about you at school. You’re mine and mine alone. Does that make me selfish?

I donâ&amp;#x20AC;&amp;#x2122;t how I would have handled this semester without your help.

Since my parents split and we moved here, I haven&#39;t made one close friend at Runnymede.

I was all alone till I met you online. I wish you went to my school!

Next step? What do you mean? Like a real date? Ha-ha. MayB later. All I&#39;ve seen is your pic on TeenSeen. Can we have a face-to-face talk?

Have you got the &quot;Face Front&quot; chat software?

of course not. I was using him as an example to explain how our constitution works.

you&#39; ve beEn distracted for the last two weEks. is everything okay at home?

for now, you&#39;re grounded. no celL phone for two weEks.

hardly. at least I know you won&#39;t be focused on that boy during the day.

So how was ur day, GF? U never texted back. Awful!! I got busted using my phone in class.

Now I’m grounded. Mom took my phone for 2 weeks. And gym class was rough. As usual, Madison and the other jockettes are still on my case.

Maybe Madison nos a loser when she sees 1. What do u mean?

Surprise! So, do you stilL want to go to the prom with me?

Oh, and I hope you don&#39;t mind, but I&#39;ve posted alL of our lovey-dovey chats on my blog. Makes for hilarious reading! no…

she started it, ofFicer DenNing!

instead, what we&#39;re dealing with are two girls in an argument. itâ&amp;#x20AC;&amp;#x2122;s a goOd thing ofFicer DenNing arRived in time to break it up.

it wilL be soOn enough. that nice prosecutor, mr. Windsor, has gone over what to expect in the courtroOm .

in our courts, everyone has a right to fairnesS, due procesS, and their day in court, including the person acCused of bulLying as welL as their victims.

prosecutor Windsor has filed a delinquency petition due to the emotional and physical injury of the alLeged asSaulted party.

maybe she used bad judgment, but she just used words. the first amendment guaranteEs the right of freE speEch.

the world has changed. now there are even more ways to bulLy others.

any child with a smart phone is using social networking sites. these kids are plugGed in 24 hours a day, seven days a weEk.

Research has established that 88% of american teEnagers have witnesSed cruelty and bulLying on social networks.

at this time, your honor, the state would like to calL schoOl resource ofFicer edward DenNing to the stand.

the incident ocCurRed at 12:15 P.m., in betweEn clasS periods.

since transferRing to RunNymede high, I couldn&#39;t find a single true friend. the teachers were nice, but the students… welL, they weren&#39;t as inviting.

RunNymede high schoOl is alL about sports and competition. the more you play, the more respect you get. I have zero interest in sports. maybe that&#39;s why I got a bulL&#39;s-eye painted on my back, I don&#39;t know.

I wish…I wish instead of making fun of me, just one of these girls had apProached me as a friend.

being tripPed in a halLway or hit with a volLeybalL hurts, but that pain fades.

being lied to by a guy who wasn&#39; t even real? yeah, that cuts pretTy hard. it&#39;s gonNa be tough to trust anybody after that…

…but you know what? she doesn’t scare me anymore. and I’m not gonNa be bulLied ever again.

let me get one thing straight. I don&#39;t hate amber. I barely even know her. the whole &quot;cyberbulLying&quot; thing got out of hand for one reason: my friends found it hilarious.

did you ever say or do something, and wish you could take it back? I know I went toO far, but my friends kept pushing me to seE what else we could get amber to telL us.

this is the RunNymede high student handboOk, which is consistent with our law. here&#39;s what the law says about bulLying. &quot;bulLying is any patTern of gestures or writTen, electronic, or verbal comMunications, or any physical act or any threatening comMunication, that substantialLy interferes with or limits the victim&#39;s ability to participate in or benefit from the services, activities, or opPortunities ofFered by a schoOl.â&amp;#x20AC;?

open a newspaper or magazine. there are endlesS tales of despondent students who have beEn driven to suicide over cyberbulLying. take 14-year-old matThew homyk, from brunswick, ohio, who sufFered from depresSion.

matThew finalLy kilLed himself over what people were saying about him online-and this was a boy with a girlfriend and a supPort network of friends.

History has taught us that a bulLy must be stopPed-even if that bulLy is a king. The Magna Carta and later the constitution created a justice system where alL people are treated equalLy.

everyone is entitled to justice. alL I ask for is justice for the victim.

yes, mr. Windsor, you are corRect.

I want to work with dr. Langton to set up a peEr counseling group to help kids deal with these kinds of problems.

To purchase printed copies of all the Justice Case Files or for more information, email NCSC at communications@ncsc.org.

This novel tells the story of Amber, who is bullied at school and online by classmate Madison. The bullying escalates to the point the case winds up in juvenile court. 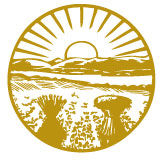