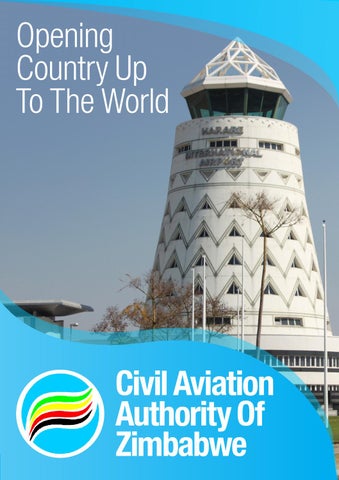 Opening Country Up To The World

Civil Aviation Authority Of Zimbabwe Opening Country Up To The World Written by: John Oâ&#x20AC;&#x2122;Hanlon Produced by: Daniel Pritchard

The firm has been established as a commercial entity for more than 16 years, and now it is hoping to generate more interest from international visitors now that political stability has returned to the African country

ivil Aviation Authority of Zimbabwe (CAAZ) is the countryâ&#x20AC;&#x2122;s aviation board which oversees all aspects of aviation in the African hinterland. CAAZ operates, manages and develops eight airports in Zimbabwe, which are strategically located to serve major tourism destinations in the territory; these include three major international airports, namely Harare, Victoria Falls and JM Nkomo, and five regional airports, namely Masvingo, Hwange, Kariba, Charles Prince and Buffalo Range. In the airports themselves CAAZ provides the overall management of the facility and has several concessionaires who handle air cargo, passengers, car parking, fueling, airside shuttle bus, cleaning services and so on. CAAZ provides air navigation and other technical services that are important to all aircraft flying into or out of Zimbabwe. From the air traffic control point of view CAAZ constantly manages the airspace, and so has at all those airports air traffic contollers who control and monitor the aircraft movement with the latest technology. As an additional product CAAZ offers consultancy services in aviation safety and security within the region. As part of its regulatory role, CAAZ also serves as the governing body for enforcing laws and regulations related to aviation issues and is responsible for ensuring that stakeholders comply and commit to all regulations and meet obligations.

CAAZ assumes responsibility for issuing licences and permits, as well as verification for various activities including aircraft registration, personnel licences, aircraft operations and airline schedules. CAAZ said: “The firm is dedicated to bringing more visitors to Zimbabwe, hence relentless participation in local and international destination marketing campaigns in collaboration with Zimbabwe Tourism Authority and other tourism players, with a goal to increase traffic into Zimbabwe.” In addition CAAZ establishes memorandums of understanding (MoUs)and partnerships with private tourism industry through collaborative marketing campaigns. CAAZ plays a role in building the image of Zimbabwe just like many other bodies, it is a collective effort, and everyone plays a role in getting the positive message out there to people who have perhaps not heard much about Zimbabwe. The CAAZ participates in route development and airport marketing forums (Routes World, Middle East and Africa). Furthermore targeted airlines are constantly engaged with, electronically or directly at relevant forums. As part of an endeavor to attract airlines to Zimbabwe, The Civil Aviation Authority of Zimbabwe offers an incentive scheme to new airlines or existing airlines expanding into new routes. The incentive offer constitutes a 40 percent discount on air navigation, landing

“The firm is dedicated in bringing more visitors to Zimbabwe, hence relentless participation at local and international destination marketing campaigns in collaboration with Zimbabwe Tourism Authority and other tourism players”

The Reinsurer of first choice.

and parking for a period of twelve months from the commencement of operations. The upgrading of J M Nkomo International airport (completed) and Victoria Falls International Airport (In progress) demonstrate outstanding commitment to the development of aviation in Zimbabwe. Back in 1999 there were 34 different airlines flying to Zimbabwe, mostly into Harare. Then the period of hyperinflation and the subsequent sanctions came into play and CAAZ lost over half of those airlines, most being long haul intercontinental flights. The European carriers all left Zimbabwe as a destination. Traffic went down to about eight airlines at the height of the hyperinflation economic situation in 20072009, but now it is on the recovery path and has grown back to 15 airlines, and is still growing. More recently Zimbabwe has seen some of the international players coming back and setting up routes again. A lot of regional airlines have continued to fly to Zimbabwe, and some airlines have even grown the number of frequencies. In fact; Kenya Airways, Ethiopian Airways and South African Airways have all increased frequency of flights to Zimbabwe. CAAZ has also attracted brand new international airlines such as Emirates, which is now flying the Harare route daily. The concerted effort to become one of the most attractive tourism destinations in Africa seems to be paying off, as CAAZ is

1999 The Year that Civil Aviation Authority Of Zimbabwe was founded

â&#x20AC;&#x153;We are almost going at double pace, because we are coming from a position that is artificial due to the past economic situation. So we are expecting to experience a jump in growth to catch up and then grow healthily afterwardsâ&#x20AC;?

experiencing continuous growth in passenger and aircraft movement since recovery in 2011. Future investments and objectives In 2013, CAAZ embarked on a two year project to upgrade the Victoria Falls International Airport to facilitate the operation of wide body aircraft there and increase passenger handling capacity. The upgrading project, which is currently ongoing, is scheduled for completion by the end of 2015. The project entails construction of a new international airport passenger terminal capable of handling 1.2 million passengers per annum and a four kilometre long runway capable of handling long haul flights. With so much renewed optimism surrounding the Zimbabwean aviation industry, the Authority is determined not to lag behind. As a result, management is currently going through the procurement process for new ICT and air navigation systems which will cost millions of dollars.

With regard to future ambitions, the company concluded: “We are almost going at double pace, because we are coming from a position that is artificial due to the past economic situation. So we are expecting to experience a jump in growth to catch up and then grow healthily afterwards. We also want to capture the growth markets and attract more airlines from those regions. We are looking at creating more employment opportunities in Zimbabwean aviation and related industries. “We are going to increase by at least 30 to 40 percent partly because of infrastructure improvements. Our business directly benefits from increased demand, from tourism to movement of goods. We cherish the positive image that is now growing on the international stage for Zimbabwe, we and we have already started witnessing the potential of business this positivity can attract. “Zimbabwe is a country worth visiting. If you are flying in, be assured of safety, security, quality and efficiency.” 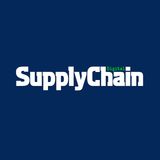