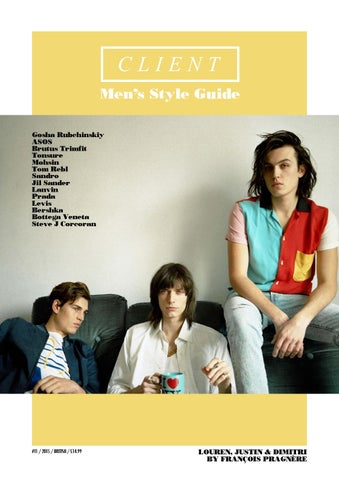 Minimal to the Max MOHSIN ALI graduated from Pakistan Institute of Fashion Design and won the Bronze medal for his immense hard work and struggles. Aliâ&amp;#x20AC;&amp;#x2122;s creativity and quirky sense of style makes him a player in the Fashion Industry. The brand MOHSIN was also nominated as The Best Emerging Talent at LUX STYLE AWARD in 2012

Maximum style meets minimalistic comfort as Mohsin Ali unveils his modern menswear lookbook for Spring/Summer 2015, featuring art direction by design studio OK-RM and photography by Matthieu Lavanchy. Having created only a few previous menswear collections, Mohsin’s design house, based in London, has this time around produced a line that is striking in it’s simplicity. Cut for comfort and made for style, each piece makes a statement of it’s own. Featured in the collection are several interesting looks; trousers and shorts have multi-pleated fronts, which make them roomy but with a tailored fit. There are tops constructed in varying lengths. Khaki, navy blue, black, and white create a backdrop for gold lame accents. In fact, gold lame stripes and banding accent many pieces, giving them a distinct look. For those who like a bit of flash, there is even a solid gold lame ensemble. There are also geometric prints as well as a number of tailored pieces in black, a minimalistic fashion must have. With the launch of this collection, we are sure to see Moshin Ali emerge as a viable force in men’s fashion . Written by Nathan Best for Client Magazine

Boldly British and beautifully reborn, Brutus Trimfit streetwear is back and so too are its iconic cuts and colours. Marking its 50th anniversary, Brutus are launching a fresh new collection for Spring/ Summer 2016. This time round Brutus has teamed up with LAW Studio &amp; Magazine, established in 2011 and based in central London. The studio has been working closely with Jonathan Freedman, (son of Brutus founder Keith Freedman) to expand the current range and develop a new collection. LAW magazine editor John Joseph Holt had this to say about working with Brutus on the new range:

“We are really proud to be working with Brutus, a brand that has enjoyed such an affectionate association with so many British sub-cultures. 50 years is a tremendous milestone and we are excited about introducing the brand to a new generation and continuing the Brutus family legacy.” The new collection is a definitive array of timeless British classics and popular modern cuts with a cool Brutus twist. Most famously reworked is the trendy Brutus jeans. Incredibly popular in the 60s and 70s with mods, skinheads and footy fans, the new collection boasts the same bold flare cuts and light blue colour that Brutus fans love. There’s also new check print shirts tailored in the elegant ‘trimfit’ way, perfect for any smart casual occasion. There is even a Brutus take on the modern jogger trousers in big block colours. The quality of the SS/16 fabrics and tailoring, are sure to reignite the nostalgic love for Brutus as one of the truly quintessential British brands. The images in this feature are of the SS/15 Collection, available now.

Boys Have Fu n To o

Jumper by Prada Pants by Porsche Design Sandals by Prada

above: Suit by Versace / Tanktop by Zimmerli

opposite Jacket by Boneville

opposite Knitwear by Boneville

opposite Knitted Tops by Weekend Offender Jeans by Topman

TONSURE was created by Danish fashion designer Malte Flagstad in 2013. He graduated in 2010 from the prestigious Central Saint Martins with an MA in Fashion. Wasting no time, he moved to Paris and got a job with the amazing Maison Martin Margiela working as a menswear designer from 2010-2012.

The main inspiration for the SS/15 collection comes from the troops of the desert, past and present - a soft reflection of army attire. All TONSURE fabrics are Italian or Japanese and the collection is manufactured in Europe. The brand is currently expanding to several new Japanese retailers including the Beams International Gallery in Tokyo. www.tonsure.eu

Shirt by Mango Shirt by Bershka 50

ASOS‘ initiative to collaborate with new and exciting creative talent, got more exciting when they released this SS15 lookbook, photographed by Russian super-talent Gosha Rubchinskiy. Along with stylist Max Pearmain, they had creative direction of all aspects of the shoot – model casting, location and styling. Gosha &amp; Max have worked together before so they were the perfect team, bringing to life the new ASOS Menswear SS15 line with an honest and raw interpretation. The casting was clearly a key point, we love all the boys they used here and many of you will recognise the familiar setting of London’s Southbank. There are obvious influences from Rubchinskiy’s skateboarding and streetwear passion, which align themselves perfectly with such a fresh collection for SS/15. Kudos to the full team. Shop ASOS 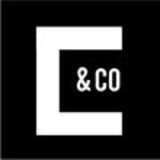