here are 212,615 ultra high net worth (UHNW) individuals globally, holding a combined wealth of US$30 trillion in net assets. The wealthiest 50 people in the world control a staggering portion of the world economy: $1.46 trillion — more than the annual GDP of Australia, Spain, or Mexico. That&#39;s according to new data provided by Wealth-X, which conducts research on the super-wealthy. Its latest ranking of the world&#39;s billionaires found that 29 of the top 50 hail from the US and nearly a quarter made their fortunes in tech. To crack this list, you&#39;d need to have a net worth of at least $14.3 billion. And for the most part these people weren&#39;t born with a silver spoon. More than two-thirds are completely self-made, having built some of the world&#39;s most powerful companies, including Amazon, Berkshire Hathaway, Google, Nike, and Oracle.

- CURRENT SCENARIO In Europe, the Middle East and Africa UHNW wealth fell 2.4% as equity markets, local currencies and gross domestic product collectively experienced negative net returns. By contrast, Asia-Pacific experienced a 3.9% rise as the ultra wealthy in certain markets continued to benefit from dynamic business expansion and economic growth. In the Americas, it was Latin America, rather than North America, that helped the region achieve a modest 1.5% growth in ultra wealth value. Across all geographic regions, it is the highest ranks of the UHNW population who are experiencing the most success. The report highlights that in 2015 billionaires saw their wealth grow 5.4%, more than double the rate of global economic growth, while collectively other tiers saw their wealth shrink by 0.6%.

The report shows almost flat growth in 2015 as the number of individuals with US$30 million or more in net assets grew just 0.6% and total UHNW wealth increased by 0.8%. Despite this meager growth, UHNW individuals, who account for just 0.004% of the world’s adult population, still control 12% of its wealth. SUPERYACHT DIGEST | January 2017

Driven by Wealth-X’s unparalleled collection of hand curated dossiers on the global UHNW population, the World Ultra Wealth Report contains detailed analysis of the wealthiest individuals in the world with a focus on geography, lifestyle, social networks, philanthropic behaviors, motivations and legacy. 6 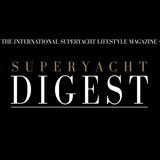