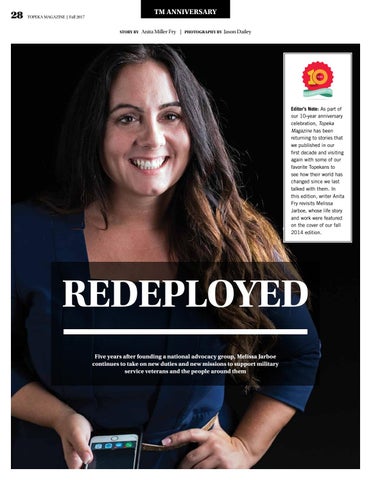 Editorâ&#x20AC;&#x2122;s Note: As part of our 10-year anniversary celebration, Topeka Magazine has been returning to stories that we published in our first decade and visiting again with some of our favorite Topekans to see how their world has changed since we last talked with them. In this edition, writer Anita Fry revisits Melissa Jarboe, whose life story and work were featured on the cover of our fall 2014 edition.

REDEPLOYED Five years after founding a national advocacy group, Melissa Jarboe continues to take on new duties and new missions to support military service veterans and the people around them