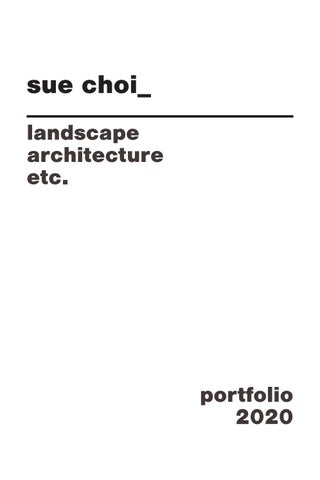 SUE was born in Daegu, South Korea, and grew up in Busan and Pohang. She immigrated to the United States as a teenager and has lived in Middle Tennessee for the majority of her life. She believes that design education should be a foundation of a community. Her hobbies include over-criticizing blockbuster movies, re-watching favorite sitcoms, and taking photographs with a vintage Russian lens. The European urban plaza, a space for democracy and coffee breaks, remains her favorite landscape - and Sue often thinks about how that typology could be applied to different cultural contexts. She also has two cats. 1

sue choi graduated from Centre College in 2016 with a BA and will be graduating from University of Tennessee, Knoxville with an MLA in 2020.

We Made the Mistakes fiberglass material study

Something Scary Something Pretty pseudo-thesis

My final studio project, Detroit Shadow City, explores the undesirable aspects of an urban park, the inclusive/exclusivity (patronage) of public spaces, and the role of designers in this tension. The following drawings are preliminary work focusing on process, form, and research. At this point in the semester, the five-acre Roosevelt Park is the extent of our project site. These drawings will be the basis of the next phase, designing 50 acres of Detroit. I envision this project to become a really good sitebased project (really!) and prove as an opportunity to focus on code-based form-making process and material detail, as well as an opportunity to research iconic landscapes of modern (very roughly 60s) America, as connected to my pseudo-thesis, “Something Scary Something Pretty.”

First attempt at creating concrete models. Chipboard mold to release concrete content, before (top) and after (bottom) of the one mold that was not demolished. Three separate results from a quick study.

Visualizing inequality in Detroit: distribution of poverty (bottom), income 500% of poverty level (top), and distribution and density of high-paying and low-paying jobs (middle). Zoomed in details of the middle and bottom drawing.

My studio partner, Kyle Truax, and I examined the American nuclear landscape by looking it from the viewpoint of monolithic capitalism (Amazon) and nuclear waste network (Waste Isolation Pilot Plant). The selected drawings are my studies from studio, focusing on the circulation of waste in conjunction with Amazonian warehouse locations.

US Uranium Consumption Data 1945-2007. Illustration of the journey of nuclear waste to the WIPP.

Rest, for any traveler, will be an integral part of their movement throughout the RiverLine. The Tennessee RiverLine RiverStop is a conceptual foundation to capitalize on necessity for a transportation network. The RiverStops will serve as an interface between different members of the RiverLine: from the Hero User to the residents of the local community, between watercraft users and land vehicles, and also between people and natural resources, to foster a dialogue about the history and future of the Tennessee Valley.

Proposal of the RiverStop. Four existing typologies along the Tennessee River Riverfront.

In hindsight, what seems to have been a strike of manic lust of BLOBS struck young CHLOE REEVES and SUE CHOI in the Materials &amp; Constructions course taught by Andrew Madl. Fascinated by midcentury technology and forms, the two chose to recreate iconic furniture of the 20th century. Held back only by finances, time, and worries of lung cancer, the two set to work on creating the FIBERGLASS CHAIR.

The youthful duo was inspired by the Modern spirit celebrated by technology and personal boats. Of all common construction materials, CHLOE and SUE chose FIBERGLASS and the form inspired by â&amp;#x20AC;&amp;#x153;theâ&amp;#x20AC;? Eames Chair, to realize their maniacal dream.

“Something Scary Something Pretty” is an ongoing investigation of the landscape of anxiety in the United States of America. This project asserts the Vietnam War as the start of the decline of the American Dream, which followed the progress and prowess afforded by World War II and the Korean War. I argue that the trauma of the Vietnam War has persists through today, albeit in different forms of horror. This project uses TRAUMA as a medium to connect fragmented memories and visualize the connections by appropriating “scary” and “pretty” experiences of the past half-century.

The project draws from representation techniques employed by DADA artists such as Max Ernst. This ambitious project attempts to address expectations, masculinity, beauty, pain, youth, death, and other artifacts of war that persist into peacetime. Ultimately, the author hopes, that this atypical approach to ‘landscape’ yields to a critical examination of the normative practices of landscape architecture.

Trauma is a multigenerational phenomena that affects not only the first generation of victims, but also consequent generations through socialization and exposure. I then asked, could trauma be a vehicle to connect people across geography and generations?

Timeline of signiďŹ cant trauma for the US. Opposing lifestyles in the Vietnam Era.

My (current) conclusion to the historic narrative research was that the WAR of twentieth century had greatly influenced and scarred the American consciousness and identity. I continue to argue that the Vietnam war, where the glory of fathers and the defeat of sons coincided, was the turning point for BOYHOOD turning into an everlasting TRAUMA - one that persists through today through victims OF WAR.

These collages of historic and current images, all representing the direct incidents they originate from, meld into evocations of pride and fear, shame and hesitation for the future. From the more â&amp;#x20AC;&amp;#x2DC;realisticâ&amp;#x20AC;&amp;#x2122; depictions of the history portraits, I identify TRAUAMA, as the product of war, as the driver for the contemporary landscape of America. 47

These collage vignettes borrow the visual languages of DADA artists Max Ernst and Francis Bacon. Both artists experienced World War I and World War II and express their experiences of pain through art. This visualization technique departs significantly from the normative practices of landscape architecture. I juxtapose images of children - all friends of baby doctor Nicolaes Tulp, representing innocence and regression - with texture-less icons to create three scenarios, all a response to the landscape of trauma.

The collection in this chapter are productions that are tangential, partial, and out of context. I am proud of these individual pieces and I believe that they illustrate my diversity of interests and skills. I am comfortable working between analog and digital media, and in a variety of styles. I want to continue to experiment more with physical models and different materials, and explore new ways to improve my digital drawing skills. I hope to have this opportunity and encouragement in an office.

This exercise was part of Brad Collett’s “Operative Landscapes,” where we designed small-site landscapes with performative aspects. I chose to replicate the local Appalachian Forest planting community in downtown Knoxville to combat urban air quality issues.

This exercise was another part of Brad Collett’s “Operative Landscapes,” where we designed smallsite landscapes with performative aspects. In this iteration, I chose the Mississippil Delta Salt and Brackish Tidal Marsh plant communities.

These drawings are from my second semester studio with Andrew Madl titled “Dendritic Taxonomies.” The overall work suffers from “changing the studio project two weeks from final review,” so while the project is disjointed, the individual models and drawings are individually successful and dynamic.

European Urbanisme is the cumulative project from Design Communications II, where I studied the French landscape architecture firm, Agence Ter. Through my research, I find a common theme of the firm that is realized in two separate projects: Les Halles in Paris (competition work with OMA) and their first American work, Pershing Square in Los Angeles. In the video, I illustrate how RADICAL FLATNESS is a common theme between the two geographically different situations.

Iâ&amp;#x20AC;&amp;#x2122;m grateful for my classic training in art. These are drawings I have done at local figure drawing sessions after graduation. I find the activity very engaging. To be able to focus solely on form, gesture, expression, and light for an hour or two is a wonderful luxury. 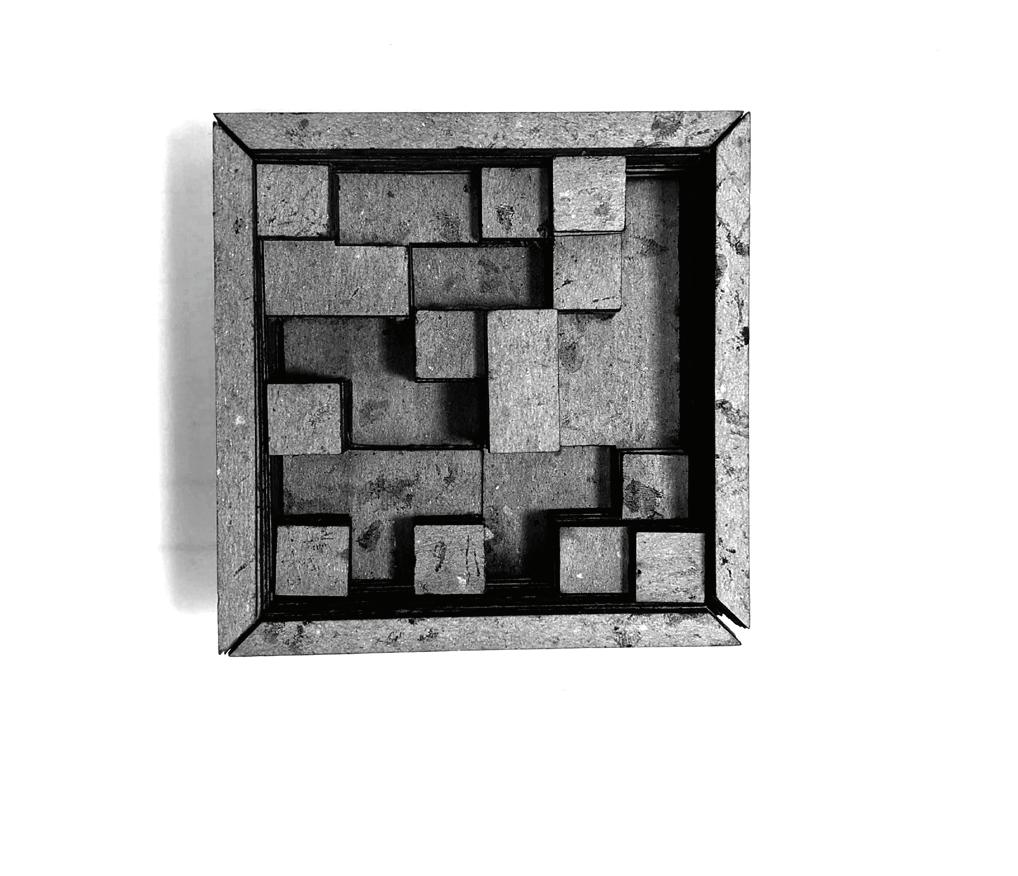 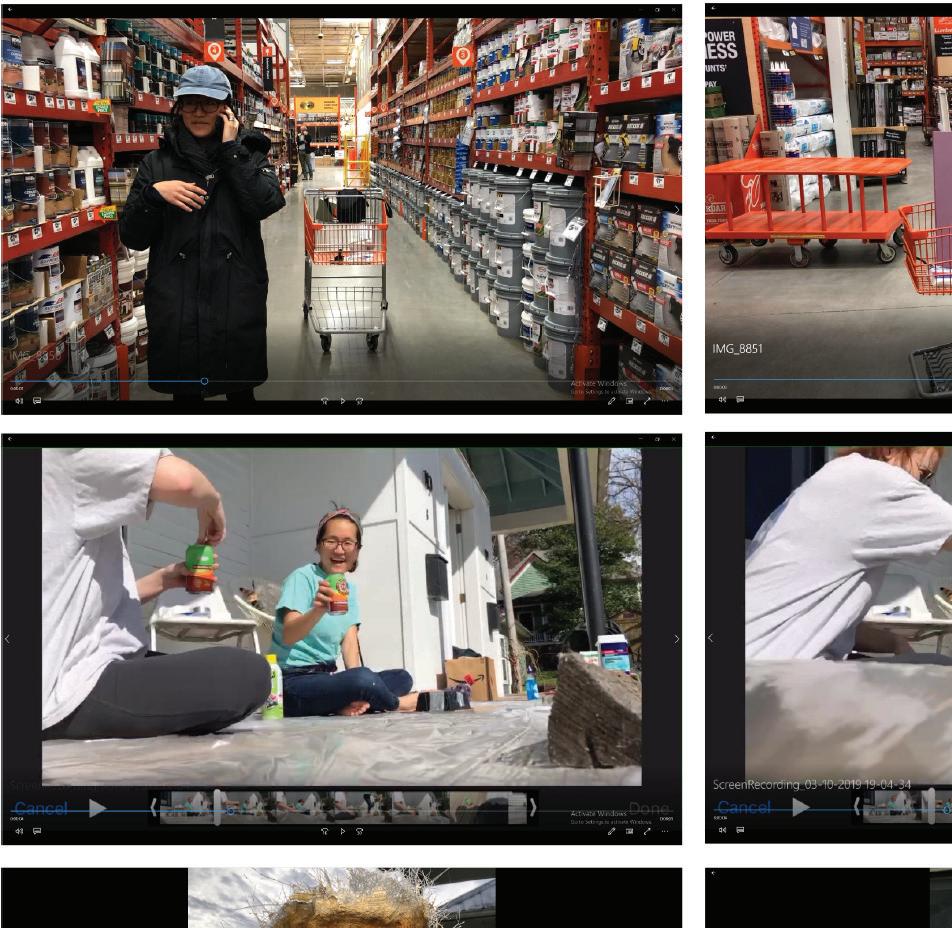 We Made the Mistakes 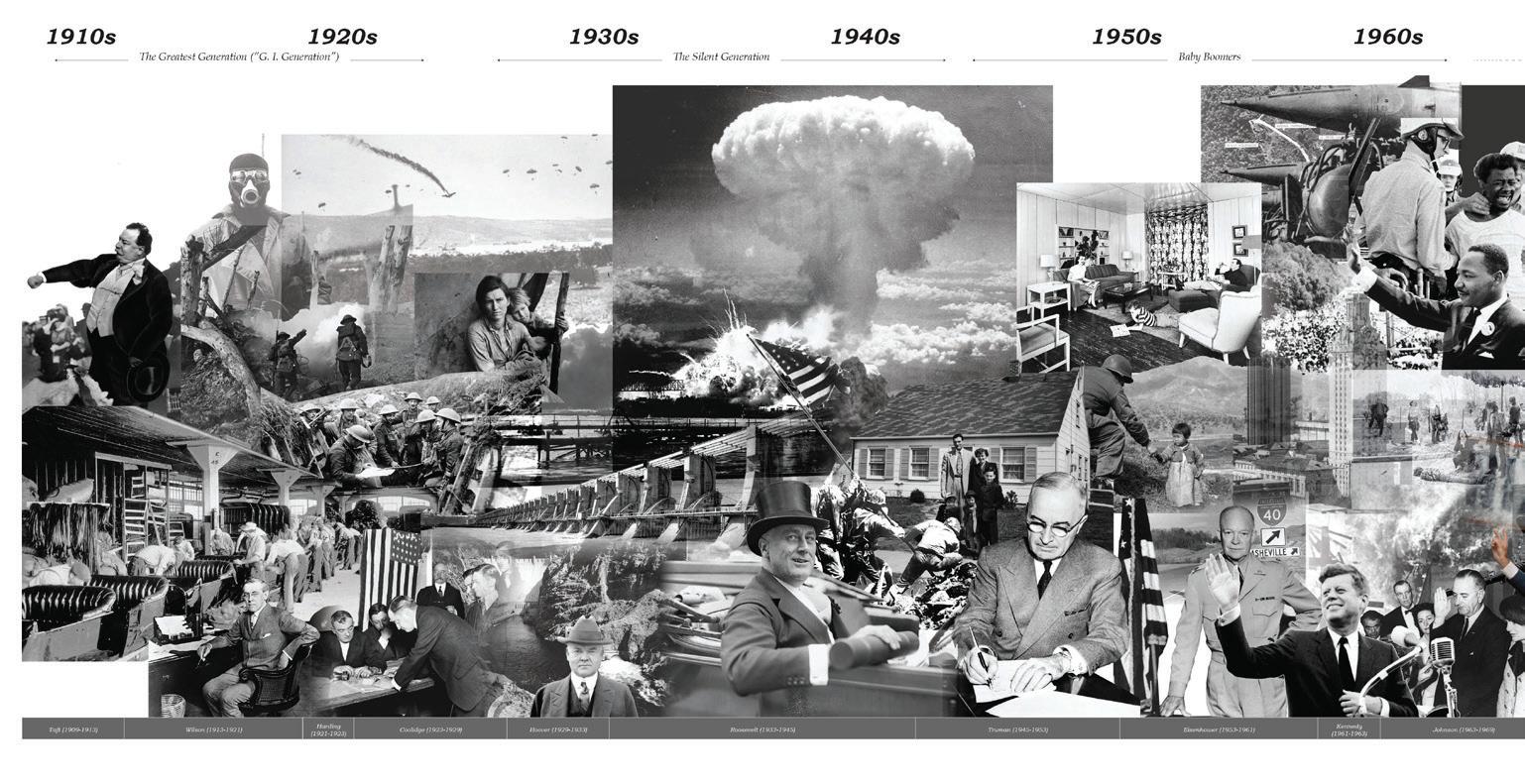 Something Scary Something Pretty 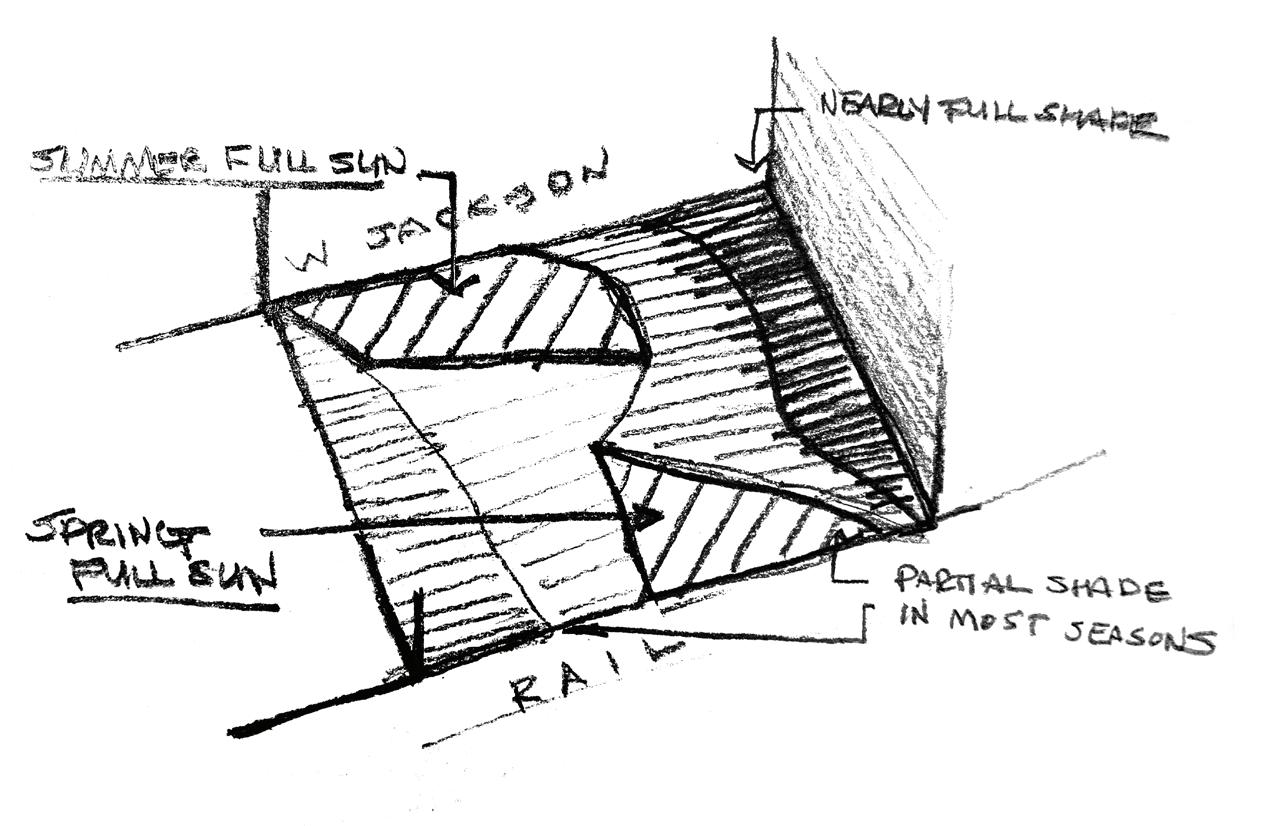