With Guest Awakened &amp; Empowered Expo DANCING WITH YOUR HIGHEST TRUTH - MERGING THE COMPLEX WEB OF HUMAN IMPRINTS There is a natural alchemy constantly taking place between your ascension and that of others; and unless everyone in your personal hologram receives an opportunity to dance with your highest truth, you will never know the greatest potential that may unfold within your most difficult and stagnant timelines. In this transmission through the Pleiadians, we learn how to go within, identify and merge the parts of ourselves that are most resistant to change as we prepare to move through the 2020 gateway. Imagine yourself floating above the earth, able to pinpoint your current soul’s incarnation, but only through a very wide lens. This lens sees not the intricate details, but an expansive landscape of how you are creating and moving through space and time. What you might see appears somewhat like a spider web. Each thin, but sturdy silk spun thread creates a framework through which timelines intersect. Each thread represents a life experience; an identity formed in the mind and captured like a snapshot. This is how humans form their signature imprint, a filter through which they experience their incarnation and a mirror to how they see themselves through time. Energetic imprints are a very important aspect of how you manifest and experience your life on earth. They are formed through perceptions, emotions and reactions to personal experiences that become a concrete part of your identity. When a very significant emotional response arises within human experience and is reinforced through time, an imprint is formed. These imprints are categorized by vibrational weight and speed and form a series of timeline realities that are seen as your past, present and future. They build upon and search for similar imprints to strengthen their position within your conscious72

ness, and as they do, they hold more space in the memory banks of your mind. The reason this web has come into being is that you arrived in a linear, physical timeline that operates in a very slow speed of vibration. You are multi-dimensional beings on a physical journey. Your multi-dimensionality simply shows itself through separate timeline identities and perceived roles in your human life. As these timeline identities slow themselves on the earth, they are easier to get stuck in but also help you to address karma. As they hold their position, they accumulate a substantial amount of emotional currency, increasing their relevance in your life. For example, perhaps you have battled with a disease such as cancer. This time in your life was so emotionally and physically potent that an imprint was formed. This imprint may be ‘cancer survivor’. Or, you are still in the midst of healing and the imprint is that you are ‘sick’. Not unlike the spider, you have now spun a new silk line within the web of your life that carries significant meaning. It connects to people, places, experiences and resources. It draws magnetically for you and maintains its position, intertwined with all aspects of your soul’s contracts. This is the way you have created in the third dimension. An identity formed through human experience is the anchor for other experiences in your life. Or, perhaps as a child you were very sick. Over time, this identity became synonymous with weakness and affects more than just your physical health. It most likely remains today in some form as a predominant filter through which you manifest. Your conscious perception of these identities and how they show up in the mind and physical world is the deciding factor as to how they create resistance or widen your path to ascension. They are often influenced by other characters you are playing in a variety of soul contracts. The mother who identifies as ‘sick’ impacts her web much differently than the child she was in the past. These character roles are further shaped by societal expectations and perceived responsibilities.

Read Issue #8 of The Inspired Guide - FREE Conscious Living and Holistic Wellbeing eMagazine! Filled with inspiring and informative articles from local, national and global thought-leaders, advocates, bloggers and professionals in their fields. The Inspired Guide aims to connect, inspire and engage with people who seek to level up their life, upgrade their models of reality and enrich their whole lives, lifestyles and livelihoods. ISSUE #8 - HIGHLIGHTS - 112 Pages of Inspiring Content - 18 Contributors + Guests - 33 Articles - 8 NEW 'Short & Sweet' columns - SPECIAL FEATURE: 'All About Love' - Digital Exhibition 'Pieces of Me' by Amanda Sears - WIN Supercharge Your Life (book) by Lee Holmes - 4 Inspiring Instagrammers - The Good Guide - Tasty Recipes & Local Tourist Travel Tips - Mindful Colouring PDF download - Conscious Business Market Read what resonates, at your own pace, online anytime, anywhere. (Subscribe for FREE to receive a downloadable PDF for offline). Designed and Made in New Zealand 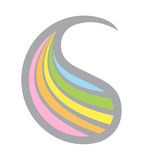