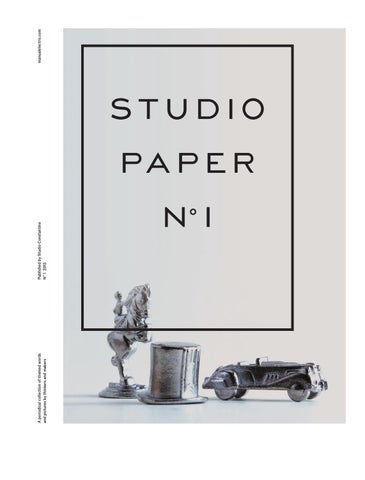 Studio who? Studio Constantine are a boutique design studio based in Melbourne, with representation in London and Europe. We are designers and thought leaders to commerce, culture and politics. Studio Constantine draws together a team with a breadth of experience on the global stage of design, advertising, innovation, marketing and publishing. Our client list spans sectors including the arts, politics, land and property development, manufacturing, professional services and retail. We have a strong record of designing with multilingual content for international audiences. As a boutique design house, we are able to foster creative, collaborative relationships with our clients. You know your market better than we do; together we can deliver impactful results through intelligent communication. If you are looking for crafted and conceptual design, we would love to hear from you.

Creating the visual identity of a building, a precinct or a region is so much more than

We are publishing The Studio Papers for clients, prospective clients, friends of the studio and peers. Each issue will draw together sector specific insight into design process and thinking, referenced global trend and opportunity reports, and practical design case studies into one resource.

The Estate Paper looks at development in an increasingly urban reality. What are the demands and opportunities of modern urban living; how do you create authentic long-lasting identities for places and spaces; and how does this manifest in real-world outcomes. We would love your input for future issues, or to speak to you about applying this knowledge to your business. studio@manualelectric.com +61 (0) 3 9818 3262 All mail to: PO Box 8246 Camberwell North Victoria 3124 Australia

Suggestions, discussions, typos or enquiries are welcomed to studio@manualelectric.com or on our Facebook page at facebook.com/manualelectric. All work remains ÂŠ Copyright of its repective owners.

a name on a prospectus, a logo on a hoarding, or signage in a foyer. The industry is filled with ill considered and poorly executed identity schemes, with little depth or relevance.

From a sales and longevity standpoint, an identity needs to act as both rallying banner, and platform for growth.

‘creators’ to make their addition to the story of a place; to shape the next chapter. It is also an opportunity to communicate the potential of a place, to show what it could be for owners and occupants. iii. An invitation to engage An identity must adequately respond to the needs of prospective buyers. From a sales and longevity standpoint, an identity needs to act as both rallying banner, and platform for growth. An identity represents a promise that appeals and is relevant to its audience, and once accepted encourages its own fulfillment. Further, any design response to place must be holistic, manifest through: i. Engagement and dialogue with the architecture Separation from the forms, aesthetics and directives of architecture is a common mistake in placemaking. It results in a disconnect between the identity and the physical experience of place. Achieving a synergy between the two disciplines, can enhance both architecture and design, creating a cohesive and immersive experience of identity. People intuitively react to this synergy, perhaps not cognisantly, but there is a sense of ‘rightness’ when all stimulus are working as one.

ii. Cohesion across communication channels Further to the development of identity, sensitive and consistent application across all channels is key to success. Not only the creative direction of any implementation, but also the knowledge and management of production processes and methods, can mark the difference. The expression of identity must flow consistently through marques and logotypes, photography, sales collateral and prospectuses, web and digital communications, commercial signage, site way-finding and more. Too often this is an melange of ad-hoc one-offs, created on the fly by a number of different companies or consultants, without an overall strategy or vision. Only when communications are strategically planned and meticulously executed can the identity of place be resonant, iconic, future-proof and ultimately successful. We see the space of placemaking for commercial development as holding enormous opportunity in a marketplace shifting toward a densely urban future. (See trend report pg. 5) Those who invest in innovative gestures of creativity, generosity and integrity, in the creation of spaces and their identities, will stand head and shoulders above their competitors in a crowded marketplace.

(Restroom) Pictograms by Clara Lott A Parisian designer re-imagines the most ubiquitous of visual cues for the French context.

MAKE Weâ&amp;#x20AC;&amp;#x2122;ve helped make places and spaces for Millar | Merrigan â&amp;#x20AC;&amp;#x201C; Land Development Consultants, KFC (UK), and Arthur Radley bistrot. Visit our website to take a look at the range of services that we have provided for these clients &amp; others: manualelectric.com

This decade will see seismic shifts in our homes and cities, as our family households become more multi-generational and humanity changes from being fundamentally rural, to urban.

Contributed from London by our friendly trends maestro

The ‘bean-pole’ effect The rise of the multi-generational home in mature economies has led to ‘beanpole’ households – where numerous generations live under one roof, but with fewer family members in each generation. This is particularly prominent in western nations such as America, where 5.6% of all family households are now multi-generational, up from 3.7% in 20001. These multi-gen households are changing the home, making it more flexible to the numerous needs of such a wide age-range in its inhabitants. We’re seeing the rise of the ‘hackable’ home – a living space where consumers can adapt and customise (‘hack’) the format to suit their own needs and requirements. M-health and the home With an increasingly elderly population, this has led to a huge increase in medical facilities and capabilities in the home. M-health is a category of consumer health care that is supported by mobile devices, such as phones and tablets, and as the capabilities of these devices increase so will their integration into our homes. This will create a global revenue opportunity that’s expected to reach US$23 billion ($22 billion) by 2017, with Asia-Pacific the second largest region with revenues of US$6.8 billion ($6.5 billion)2. People expect their homes to be like their mobile devices and be updatable, catering to their changing needs due to health and age. Urban surge &amp; the ‘home-workstead’ By 2025 there will be 221 cities in China with a population of over a million. By comparison, there are just 35 in Europe today. (LSN) By 2050, two-thirds of the total world population will be living in cities. (LSN)

The greatest migration of modern times will see millions of people moving from rural areas and into urban ones. By 2050, it’s expected that at least two thirds of the world’s population will live in cities3. As urbanisation takes place, housing spaces will become smaller and more versatile as consumers seek to use interiors that are minimal in footprint and maximise multi-functionality. This increased need for a flexible space also stems from consumers increasingly using their living spaces as factories, retail spaces and distribution centres. These ‘home-worksteads’ have seen consumers create more in their house, thanks in part to technologies like 3D printing, which is expected to be a US$3.1 billion ($2.9 billion) industry by 20164. 3D printing is increasingly being used by small enterprises to create anything from bespoke jewellery to furniture, giving them the ability to quickly manufacture complicated products within the home at short notice.

For example, Meshu (meshu.io) allows consumers to create a piece of jewellery based on geographical co-ordinates – this data is used to create a pattern than can then be 3D printed out and dispatched. The low overheads and portable nature of 3D printing gives it mass-appeal to a new age of at home entrepreneurs. But with consumers taking production into their own hands, they’ve become more collaborative with each other sharing resources such as knowledge, and that valuable commodity: space.

Collaborative development In this era of collaboration and co-creation, the urban landscape is becoming less rigid and ownable. This is especially true for business, which has spawned the space-squatting trend, whereby organisations ‘share’ a space and maximise its usage. Clothes stores that shut in the evening will become restaurants at night, or as Parisian organisation Restolib (restolib.fr) has done, rent out of hours professional kitchens in restaurants to run cooking classes. Collaboration has also filtered into the way our cities are being built and maintained, as the population looks to take an active role in the growth of their living space. Organisations like Brickstarter (brickstarter.org) and Studio Family + Play are creating crowdsourced and collaborative initiatives that get the population engaged and involved in how their city of the future will look. And as this era of cooperation permeates into the rest of our lives, we are looking to make our buildings and architecture more symbiotic in nature – working with the natural surroundings instead of against them. Yoshiaki Oyabu’s ‘urban woods’ (o-yabu.com) manifest this desire, as their design is built to reintroduce the concept of nature into the urban fabric with an installation that flows from the exterior of the building, into the interior. As our demographics change and a global, urban migration takes place, our homes will have to become paces of multi-functionality. They will become places where we work, play and are medicated – although smaller in size they’ll have a level of functionality and versatility that would have been unthinkable a generation ago. And, as we live in increasingly close conditions to our family and neighbours, we’ll become more collaborative and co-operative. In this new era of co-creation, consumers will want the power to share spaces for mutual gain and take a more active role in how their cities will look in the future.

But how is this changing our dwellings – are they becoming more flexible to our diverse needs, reflecting a new perception of what makes a home?

5.6% of all family households in the USA are now multi-generational, up from 3.7% in 2000 (NSP). This is reflected in Europe too, as the UK reaches the highest level of multi-gen households since the 1800’s. (Nielsen / Ancestry.com)

Many thanks to those wonderfully creative people who have offered their work collaboratively for use in this publication.

Mattia Bonanomi – mattiabonanomi.com For providing a pre-release copy of his typeface ‘Inscripta’ for our use in titling throughout. ASF – andrewschweitzerfoto.com For use of his architectural photography. Clara Lott – behance.net/ClaraLott For allowing us the use of her pictograms. Chris Sader – saderphotography.com For use of the Estate cover image. Our mystery trends writer ‘BTS’ Who wishes to remain nameless, but can be contacted through Studio Constantine for comission of industry-specific trend reports and thought pieces.

A periodical collection of themed words and pictures by thinkers and makers. The Estate Paper looks at development in an increasingly urban reality. What are the demands and opportunities of modern urban living; how do you create authentic long-lasting identities forplaces and spaces; and how does this manifest in real-world outcomes. 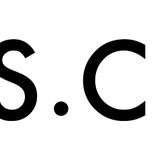