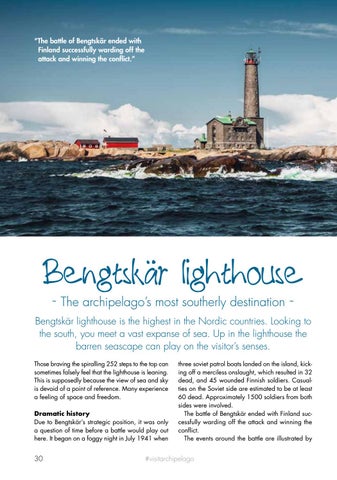 “The battle of Bengtskär ended with Finland successfully warding off the attack and winning the conflict.”

Bengtskär lighthouse is the highest in the Nordic countries. Looking to the south, you meet a vast expanse of sea. Up in the lighthouse the barren seascape can play on the visitor’s senses. Those braving the spiralling 252 steps to the top can sometimes falsely feel that the lighthouse is leaning. This is supposedly because the view of sea and sky is devoid of a point of reference. Many experience a feeling of space and freedom. Dramatic history Due to Bengtskär’s strategic position, it was only a question of time before a battle would play out here. It began on a foggy night in July 1941 when

three soviet patrol boats landed on the island, kicking off a merciless onslaught, which resulted in 32 dead, and 45 wounded Finnish soldiers. Casualties on the Soviet side are estimated to be at least 60 dead. Approximately 1500 soldiers from both sides were involved. The battle of Bengtskär ended with Finland successfully warding off the attack and winning the conflict. The events around the battle are illustrated by 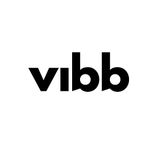