Briefing No 4: Eastern European Young People's Use of Services in the UK

What this Briefing is

The project explores how migration and current immigration policies are impacting their lives, how satisfied they are with local services, the quality of their relationships, and their feelings of identity and belonging in the UK. The project is important because it presents the first analysis since the Brexit Referendum on how current plans for Britain to leave the European Union are impacting on young Eastern Europeansâ&amp;#x20AC;&amp;#x2122; lives. We have gathered the opinions and experiences of over 1,100 young people on a range of issues: their feelings of national and local belonging, their participation in communities, their access to services, their experiences of racism and exclusion, their experiences of education, their relationships, well-being and plans for future now that the UK is planning to leave the EU. These Briefings aim to inform a wide range of audiences on the experiences of young Eastern Europeans living in contemporary Britain. The Briefings should also help local authorities and other organisations develop policies and improve services for young people, taking into account their needs and experiences.

we produced the evidence for this Briefing

Here to Stay? is a research project which explores the lives of young people who arrived in the UK as migrant children from Central and Eastern Europe (CEE). It focuses on young people aged 12-18 who migrated after the EU enlargement in 2004 and have lived in the UK for at least 3 years.

Introducing the authors and how

about and why we have produced it

Here to Stay? is a project carried out by researchers from the Universities of Strathclyde, Plymouth and Durham. The project is funded by the Economic and Social Research Council. We consulted Eastern European young people living across the UK, in urban and rural areas, using a range of research methods. We also work with a group of Young Advisors who give us their thoughts on how best to carry out the study. To get a UK-wide picture, we asked young Eastern Europeans (who had lived in the UK for 3+ years) to complete an online survey. This was advertised through schools, youth clubs and social media, and over 1100 young people took the survey. We then talked to 20 groups of young people in schools and youth clubs across Scotland and England. We asked them about their everyday lives, places they go to, things they do and canâ&amp;#x20AC;&amp;#x2122;t do, and how they feel about living in the UK. We also talked to people who work in organisations that engage with Eastern European young people living in the UK, such as schools, youth clubs and health centres. Our next step is to speak to some more young people and their families about their life in the UK to allow them to share their individual experiences in more depth. Findings in this Briefing are mainly based on the analysis of the survey data. More Briefings will be released as the research develops.

Few times At least once per month per week

Box 1. Profile of survey respondents • The survey took place between October 2016 and April 2017. In total, 1120 young people completed the survey, with 807 full completions. • Overall, the survey attracted mainly young people aged 16-18 (68%), while 32% of respondents were aged 12-15. There were more female respondents (60%) than male (38%). The vast majority of respondents (97%) identified as White and said they were Christian (59%), while over a third (37%) identified as non-religious/atheist. • Over half of the respondents were Polish born (56%), followed by Romanian (10%) and Lithuanian (9%) nationals. The other 25% of our respondents were originally born in other EU and non-EU countries to Eastern European parents. • Most respondents lived in England (71%) and some in Scotland (19%), while 10% did not give their location. • Over a third said they had lived in the UK for 10 or more years. Sample criteria: Please note that this was a convenience sample, recruited through schools, youth clubs and social media. The data could not be weighted due to the absence of existing reliable data on EU nationals in the UK.

‘Help young people who suffer from mental disorder, anorexia, depression etc. And maybe once every other month a health check-up.’ (Antonia, 15, Poland) ‘Organise young people’s meetings or help for teenagers with mental health problems.’ (Beata, 18, Poland) ‘More understanding of mental health issues by doctors/GPs - don&#39;t treat us like children, but listen to what we have to say. Don&#39;t blame it on puberty, because even though that may be the case, it&#39;s still causing us problems and we want help.’ (Renata, 16, Poland)

would like better local services In our survey, we asked what could be changed to improve young people’s lives. Young people said they would like more services, such as youth clubs and sports clubs in their local areas. Some suggested that lack of funding for the upkeep of parks and green spaces had affected these areas negatively. Others mentioned that they would like places that they could access easily (such as youth centres) and where they could go to for free. A few young people mentioned the need for organisations to better promote the services and activities that are available, as they felt that many of their peers were unaware of them. In our Policy Briefing No. 1, we reported that many young people experience racism and xenophobia on a daily basis, disguised as jokes or banter, on the basis of their accent and country of birth, while others have experienced serious attacks on themselves, their families or properties. Some young people, therefore, commented on the need for anti-racism campaigns, and for more education about diversity and difference in their local areas. Some young people felt unsafe in their local areas and mentioned the need to ‘sort out crime’ and increase police presence.

‘Definitely improve the youth centre.’ (Marek, 18, Poland) ‘Just to stop cutting funds to the great facilities that are there.’ (Helga, 17, Latvia) ‘Creating new facilities which would improve the lives of young people’ (Dagmara, 16, Poland) ‘More events and activities aimed at young people that are affordable.’ (Otto, 16, Czech Republic)

• Young Eastern Europeans living in the UK are generally satisfied with the services that they access but they would like to see more, and improved activities available in their local areas. • Young people who said that they have mental health concerns are less satisfied with health services in the UK than young people who did not report mental health concerns. • Young people living in Scotland were more likely to say that their schools were supportive than young people living in England. In Scotland, young people in cities seemed to be more satisfied with their schools compared to young people in rural Scotland. There was no difference between urban and rural England. • Many young Eastern Europeans make regular visits to their country of birth, and continue to access services such as doctors and dentists there, even after settling in the UK. • Many young people said that they had visited a sports or leisure club in their country of birth since moving to the UK. Young people from Poland, Slovakia and Slovenia seemed to be more likely to use these leisure services.

The main issues to emerge from the research are:

Based on the survey findings, we are making the following recommendations to local authorities and organisations working with young people originally from Central and Eastern Europe. We hope that these recommendations will ensure that young people can benefit from services and policies that support them throughout the Brexit transition. • Where services and facilities for young people exist, these should continue to be funded, supported and made accessible to young people. • Mental health and wellbeing services need to be promoted to Eastern European young people, so that they are aware of what support is available, and to tackle the stigma around mental health which is common in many Eastern European countries. • Schools should be encouraged to promote inclusive practices, which address the marginalization, disaffection and low attainment of some Eastern European young people. This includes supporting Eastern European young people to engage effectively with the learning environment and dealing effectively with incidents of bullying, racism and xenophobia. • In the context of Brexit, schools should ensure that young people and their families have adequate information on how to secure their status in the UK, to avoid long-term risks of exclusion and a precarious or uncertain status post Brexit.

About the Here to Stay? Project Have you used our Briefing in your work to change policy or practice? Has it changed your personal views or made you take action? Let us know with this 5 minute survey: https://www.surveymonkey.co.uk/r/ heretostayimpact

Here to Stay? Identity, belonging and citizenship among Eastern European settled children and young people in the UK (a decade after EU enlargement) is a research project funded by the Economic and Social Research Council (grant number ES/M011038/1, 2016-2018).You can read more about the project at: www.migrantyouth.org Find us on Twitter @MigrantYouth or Facebook www.facebook.com/MigrantYouthUK/

Briefing No 4: Eastern European Young People's Use of Services in the UK

A research and policy briefing for the Here to Stay? project, led by Daniela Sime, School of Social Work & Social Policy 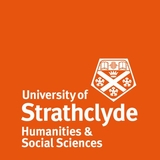