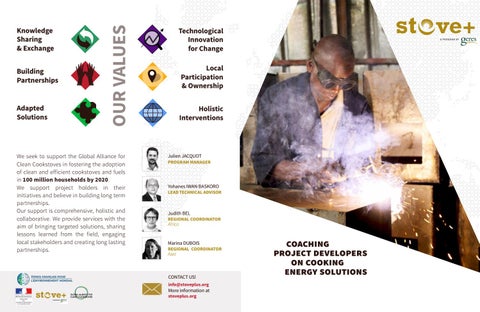 We seek to support the Global Alliance for Clean Cookstoves in fostering the adoption of clean and efficient cookstoves and fuels in 100 million households by 2020. We support project holders in their initiatives and believe in building long term partnerships. Our support is comprehensive, holistic and collaborative. We provide services with the aim of bringing targeted solutions, sharing lessons learned from the field, engaging local stakeholders and creating long lasting partnerships.

More information at A PROGRAM BY

Around the world, GERES develops energy efficient solutions designed to preserve the environment and improve the living conditions of populations.

GERES implements Improved Cookstoves (ICS) programs and has disseminated over 3 million stoves in Cambodia thanks to a large-scale project involving the local private sector. From our 20 years of experience on

cookstoves, GERES launched an initiative 3 years ago called StovePlus. Today, the StovePlus team is working in 9 countries across Africa and Asia to provide technical support and build local capacity on ICS. Business Development

Ensure a sustainable market based approach

In Ivory Coast, StovePlus conducted a thorough and comprehensive baseline study to inform future governmental and international initiatives to develop the local cookstove market. So far, Ivory Coast has been off the radar of actors in the sector, despite a large national market potential, local industrial capacities and a relatively high income for the region. StovePlus expects, after this landmark study, to spearhead the development of the sector in the country. StovePlus has also completed a baseline assessment with the Economic Community Of West African States (ECOWAS) and the Department of Energy of the Ministry of Tourism, Industry and Energy in Cape Verde. In particular, it takes stock of the cooking situation and proposes a range of solutions according to the specific context. The baseline and

StovePlus works in Mali with Interchurch Cooperative for Development cooperation (ICCO) to support women’s cooperatives which produce shea butter. They used to rely on three-stone fires and biomass. We introduced cleaner and more efficient solutions; rocket stoves produced locally by our partner. This cooking solution enabled the women to increase their efficiency and save money. StovePlus also provides technical support to Afovert, a sustainable fuel company, in implementing their new charcoal briquette production centre in Bamako, Mali.

Active involvement in the setting of the

its recommendations allow cookstove stakeholders to take action and implement better cooking solutions in the country. The StovePlus Academy has been a major success, bringing together local and regional cookstove project holders to improve their skills, help scale-up their businesses and build Africa-wide collaboration. From theory to practice, these one week seminars are held in both English and French and cover various topics such as testing methodologies and the cooking environment. In Sierra Leone, a collaboration between the ECOWAS Centre for Renewable Energy and Energy Efficiency (ECREEE) and the local government led to the establishment of a national action plan for domestic cooking energy. To complement these institutional efforts, StovePlus Africa took the initiative to provide a diagnosis of the local cooking energy sector and recommended a domestic cooking market analysis.

In the Republic of the Union of Myanmar, the team works with the European Union in collaboration with the government of Myanmar and local partners to scale-up cookstove dissemination in the country. Through the adoption of best practices and lessons learned from Cambodia, StovePlus brings GERES’ experience and expertise, and facilitates exchange among actors on the field to adapt methodologies and techniques to integrate end-users’ needs and preferences in the production of improved cooking devices. The involvement of the government in the project is essential to removing institutional barriers and for implementing a framework to enhance cookstove quality in the sector. The Department of Forestry is a key partner in this effort to move forward. In Indonesia, StovePlus is involved in the Clean Stove Initiative (CSI) as a technical partner. The local government and the World Bank, the project owners, aim to strengthen the sector for the cookstove market in order to offer cleaner and more efficient devices to families. A laboratory in Yogyakarta has been re-equipped and is now operational. In this testing facility, a scoring system has

been set-up to evaluate the devices and the cleaner and the more efficient the cookstove is, the bigger the subsidy is for a stove producer. This will encourage the production and distribution of cleaner and more efficient stoves. In parallel to this, StovePlus supports 2 local producers to strengthen their skills and improve their businesses. The project aims to raise awareness on the benefits of a clean cooking environment to increase the adoption of clean cookstoves by populations in Indonesia. In Lao PDR, StovePlus completed the second phase of the World Bank’s CSI pilot project in the northern part of the country. After collecting data and analyzing how stoves are produced and the end-users’ habits and expectations, the project developed a testing process as well as standards and labels to enhance the cookstove market and offer higher quality devices. For this project, the team trained two producers in Vientiane and involved 50 families in testing the stoves. The results have been very encouraging since the majority of the families involved have adopted the devices. In addition, the local Government has successfully adopted the standard proposed by the project. More information at 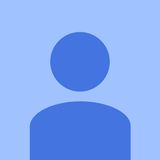