Vasrao The Streradian Trail by M.N.Krish, makes for an engrossing read ! From the contents of the book ,it appears to be the first novel penned by the author & that is what is indeed admirable.The author who is from IIT has written for business magazines earlier. The cover is yellow which goes to yellow brown & towards the top it is brown.Currency symbols are scattered in no particular order on the yellow brown cover.A reddish brown geometric symbol made up of many squares is also featured on the cover.It is just like a bird in flight, with wings spread out.The title of the book is stated on the cover followed by an infinity symbol.It says that that this is book 0 of the infinity cycle ! Follows that, the writer hopes storizen.com | February 2014 | 90

to write infinite books ! This story is about professor Joshua who is visiting India & as he plans to return to US ,his home ,he is held back for his safety.He starts investigating & is soon embroiled in a mystery ! His classmate Lakshman, is his confidant in this mission which has already taken away the life of one of his students.Initially,the duo face no dangers & as the plot progresses,their lives are in danger. This is also the story of Divya who is knowledge personified & nothing misses her keen sense of Mathematics. Her friend Veenu helps her with crucial inputs in demystifying the riddle.Do they succeed ? What happens to Joshua & his friend ? Do they remain alive as they dig deeper & deeper ? What is at stake which puts their life in danger ? This book is also a tribute to Ramanujan ,the world famous Indian mathematician. I loved the read,as it is laced with humour.The author uses the tryst with destiny speech of our erstwhile Prime Minister Nehru in a very different context & it makes us guffaw loudly.Another instance is of the monkey menace in the laboratory which makes the reader smile a lot. The practice of bestowing honorary doctorates to all & sundry is featured in the book. 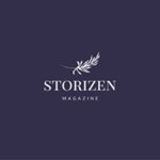